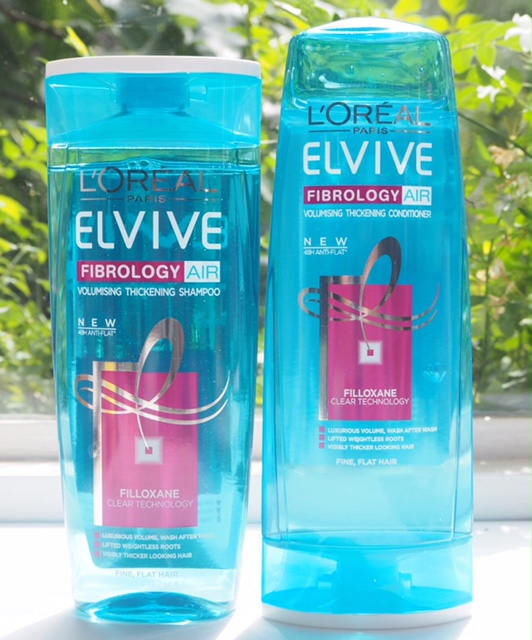 So, a conditioner that looks exactly like a shampoo? What could possibly go wrong! Although I think that it’s very clever to produce a conditioner that is completely clear, in a mind-bendy beauty kind of way, it’s asking for trouble when you’re fumbling around under a hail of water from the shower.

This version of Fibrology is named Air because it’s the lightest possible formula. It’s made for fine and flat hair, rather than thin hair, so don’t pick it out for thin hair volumising – it’s more to ‘lift’ flat hair. I have so many questions about this – for a start, does any conditioner need colourant or ‘pearl’ added to it to and if not, why do brands add it in as standard? I checked with a formulator friend who says that conditioning agents tend to be oil or silicone derived, with a base of water and water soluble material, so when you mix them together you have a combination that is hazy or opaque.

As it turns out, it’s much easier to make an opaque conditioner than a clear one but it’s not as new as we might think. I know there are already a couple on the market but I’ve been looking through patents for this type of formula from as far back as 1995. So, it’s obviously been possible for quite some time but nobody picked it up. I guess that’s because there is a perception risk – it’s quite a big ask to expect consumers to believe that a product that doesn’t look like the thing it is supposed will be to work as well as the actual thing.

As L’Oreal Elvive Fibrology Air isn’t for my hair type, I haven’t trialled this – but if you have I’d love to hear about it! And, whether you got the bottles muddled up!