The Merchant Of Venice Red Potion 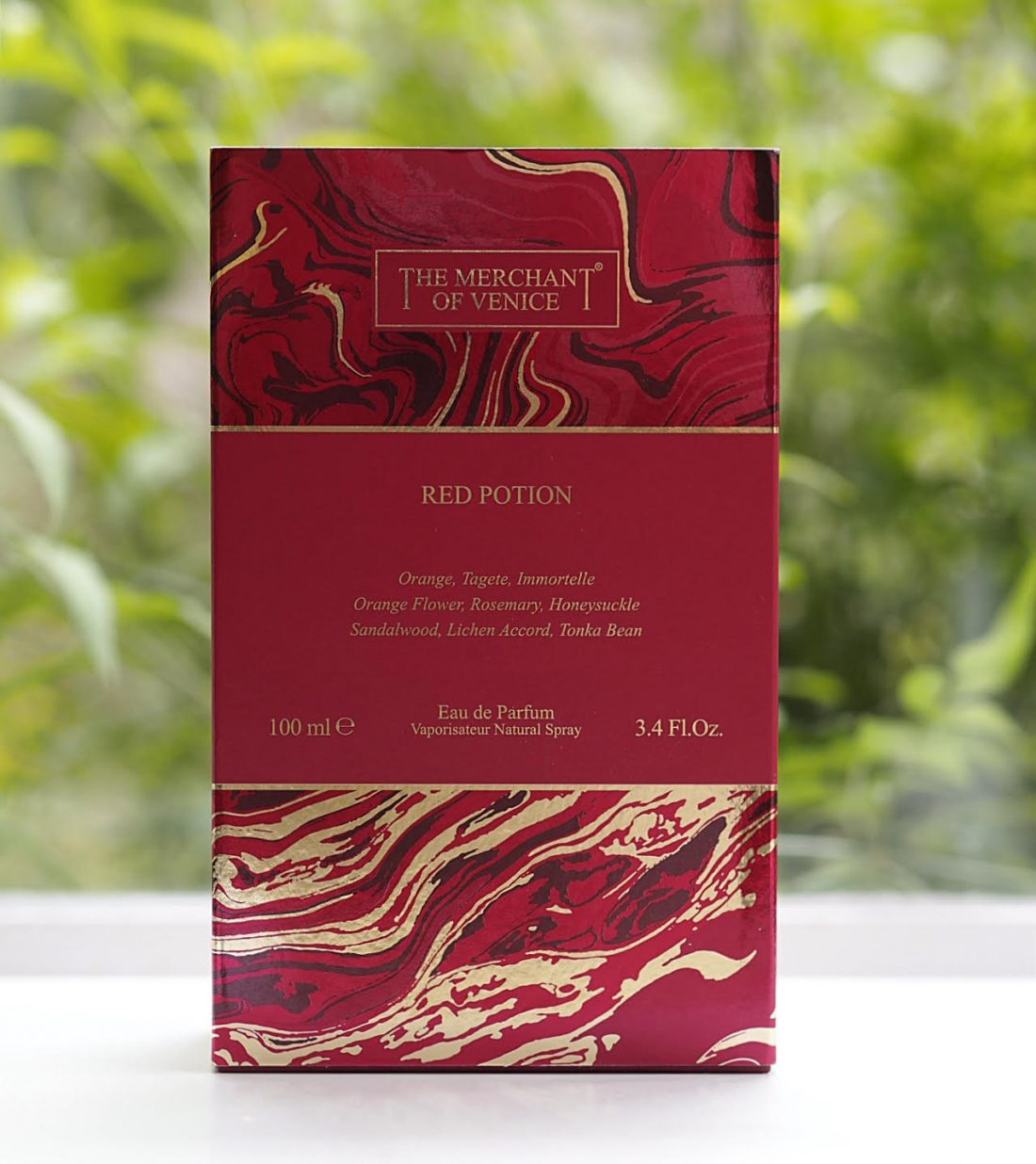 [productsample/affiliate] The more I see of this brand, the more I like it. When I was in Milan a couple of months ago, it was everywhere – it’s so striking, you can’t miss it. I’d say it’s still at early entry in the UK but if Milan is anything to go by, The Merchant of Venice has grand plans!

Their newest fragrance is Red Potion, housed in this exquisite red and gold bottle. When you know the back story to this brand, the visual concept fits perfectly. Inspired by Italy’s first perfume museum, in the Palazzo Mocenigo (it’s more recent than you might think being founded in 2013), the architecture, decor and rare objects inform the brand direction. Venice has a long history in perfume tradition (and obviously, glass) which is told through the museum, which also houses a perfume lab for classes and creation.  I mean, right now, I’ve never wanted to go back to Venice more!

Red Potion is a big fragrance, both in composition and concept. The concept is so personal to Venice that I wonder how much it will resonate elsewhere, but on the other hand, if you love it at first smell, then the inspiration is fairly irrelevant. If anything, we’re moving away from complex inspiration stories when it comes to fragrance, preferring a simpler, more succinct ideal, so I’ll be brief with this! It’s about the fragrances/ingredients that follow the trade route of La Muda del Trafego, combined with the colour red which is strongly symbolic to Venice. There, that was ok! In terms of the actual juice – it’s caramel (from immortelle) with orange blossom and honeysuckle, spiked with herbal notes of rosemary over tonka bean. It’s as heady as it sounds; enveloping and dramatic while being layered and sensual. It doesn’t have the sickly notes of Alien, to make a gourmand comparison, instead, it’s rather creamy and powdery once it’s settled into the skin.

I think it’s one for the fragrance curious – I know several friends who would absolutely love this – but definitely not for the modern perfume hunters who prefer a plain bottled, unisex, cologne style mix. It couldn’t be further from that if it tried. As you might expect, it’s luxury pricing at £180 and I imagine it’s positively flying out of Harrods. You can find it HERE.