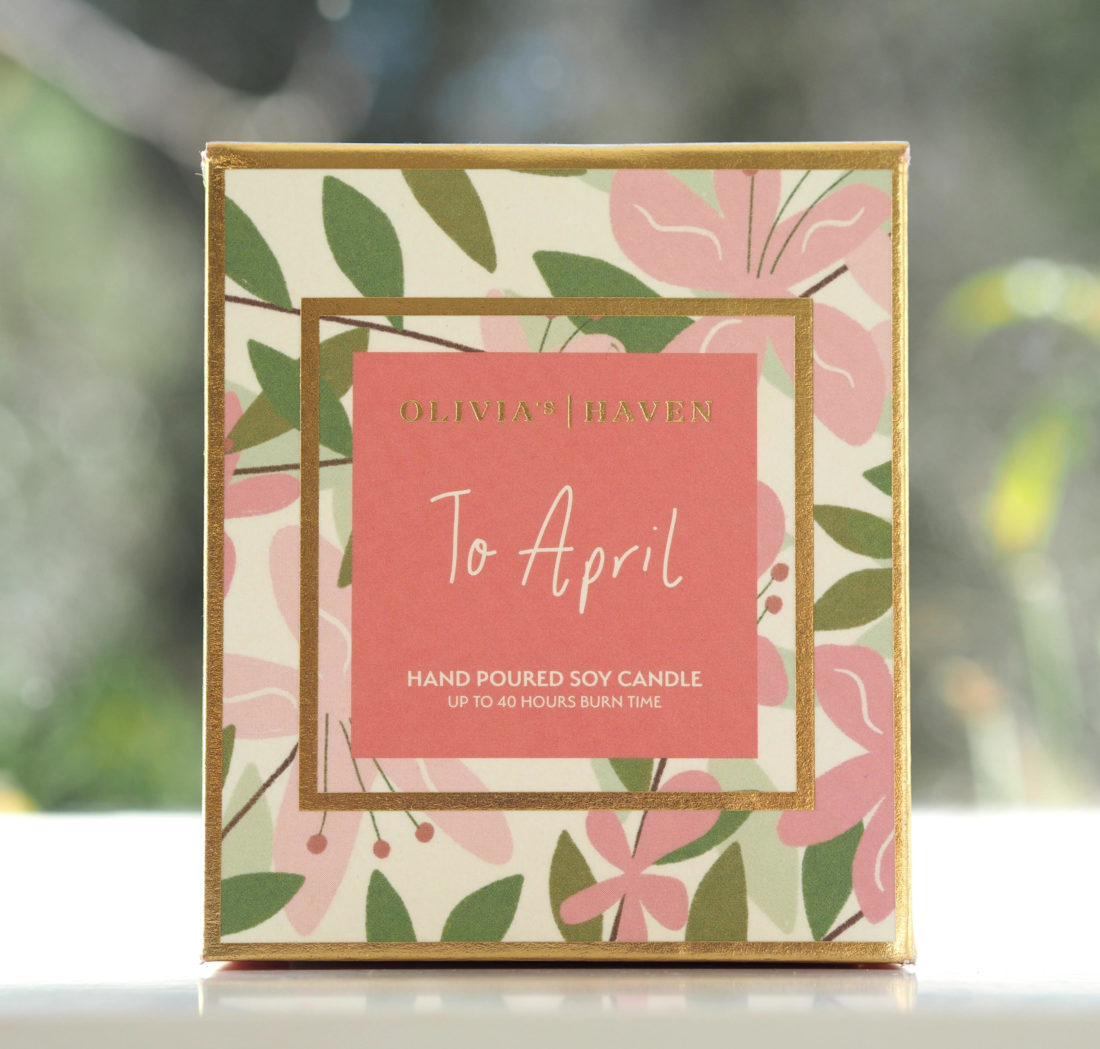 [unpaid/sample] Ah, a very sweet story behind this N. Ireland made soy candle that’s all about blossom scents and named for the founder’s grandmother who loved to be outside in her garden. In fact, Olivia’s Haven is stepping in where Crabtree & Evelyn have bowed out – creating bucolic fragrances that speak to our love of the countryside and traditional pursuits.

I usually give candles at least two hours to start giving their full fragrance (apart from Tom Ford Lost Cherry which needs about two seconds) and this did take a while to get started but once the scent emerged at its maximum, it did a good job at filling the room in a noticeably warm floral way. It’s hard to say, other than cherry blossom, what’s at play because no other notes are listed, but I think I found some vanilla along the way and some bulb-ish undercurrents.

With choices such as Blackberry Picking and Tea In The Orangery, they’re very reasonably priced at £27.  To April is sold out but I think I like the idea of Tea In The Orangery better – I’m also tempted by Potting Shed because one of my strongest olfactory memories is my dad’s garden shed. You can find Olivia’s haven HERE.