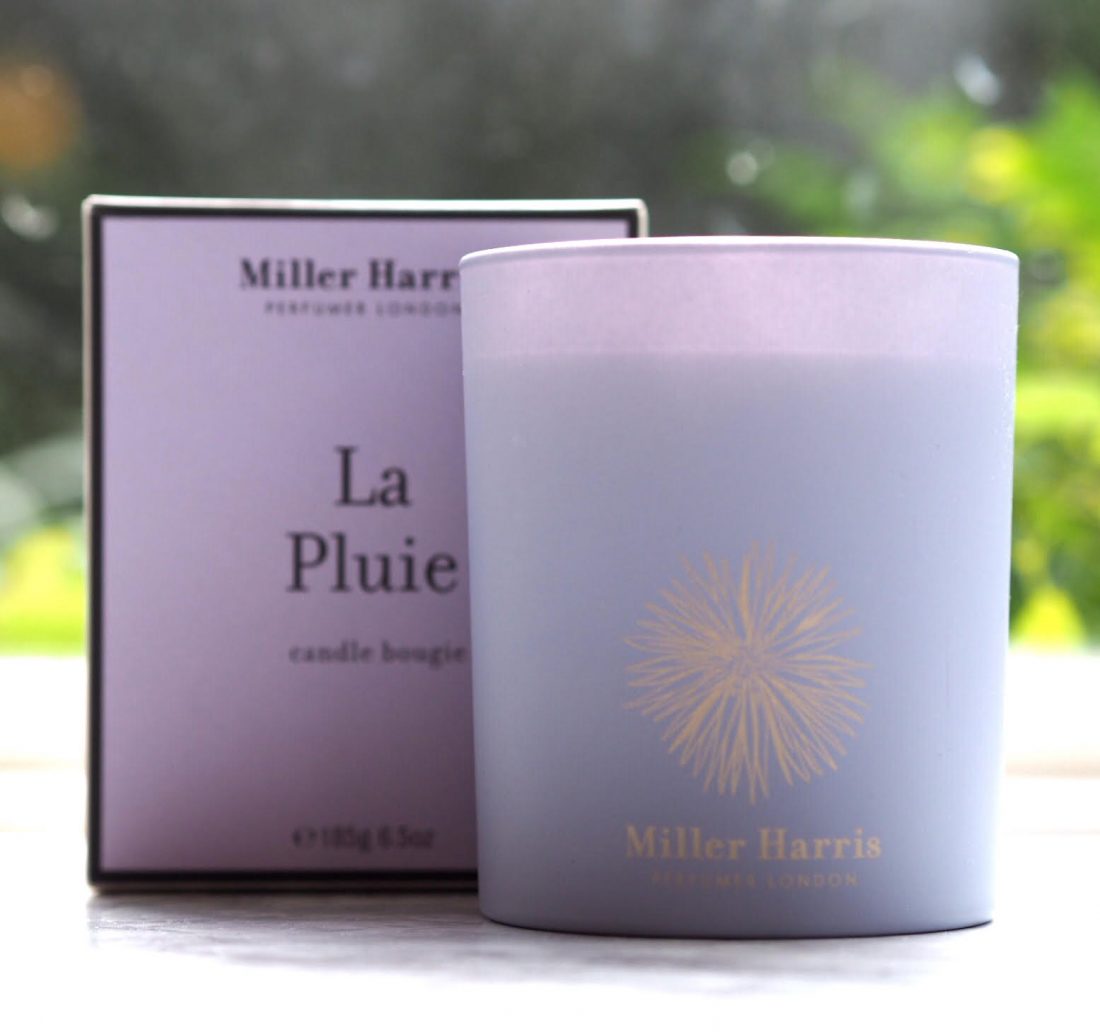 Rain. It’s not like we don’t get plenty of this and it does have its own particular smell – or at least, its presence on the earth around it does. Things that don’t have anything olfactory to speak of dry suddenly have a scent when they’re wet – pavements, for one, and bricks although (yes I’ve checked) not umbrellas! When Miller Harris produced their La Pluie scent in 2011, they presented it as an aquatic floral with lavender, bergamot and tangerine kicked with some vanilla and vetivert at the base and ylang ylang in the middle. Rather shallowly, I fell in love with this candle on first sight – it’s that grey-washed lavender colour that I absolutely love, but while I do like the scent, it doesn’t have any aquatic elements to my nose and it’s light – it takes quite a long while to give any strength.

The candle version is similar in composition – repositioned as a tropical rainstorm in Mauritius (can’t argue – never been) and there are light wet-earth elements to it. It’s more floral than anything and if you like big fragrances, this isn’t it. I still have the other new candles to review but I feel they’ve been skimpy on actual scent in this in favour of making it stylish. All of the new candles have an interior look to them – they’re beautiful accessories but I wish they’d just added a dash more fragrance. Miller Harris La Pluie is £45 HERE.

In what I think is a cynical marketing move, in bringing out these candles, Miller Harris has renamed the fragrances so they sound different and new when in reality they are the SAME as the actual EDTs. So, for example, Rose Silence stays as Rose Silence for the EDTs but for the candle, it becomes Digne de Toi. So if even if you hated Rose Silence you might be tempted with Digne de Toi, thinking it’s new and different. In candle form, Tea Tonique becomes Infusion de The, and Poirier d’un Soir becomes Reve de Verger. Noix de Tubereuse becomes Reine de la Nuit, La Fumee becomes L’Art de Fumage and Feuilles de Tabac becomes Rendezvous Tabac. Very confusing and I cannot see the point.