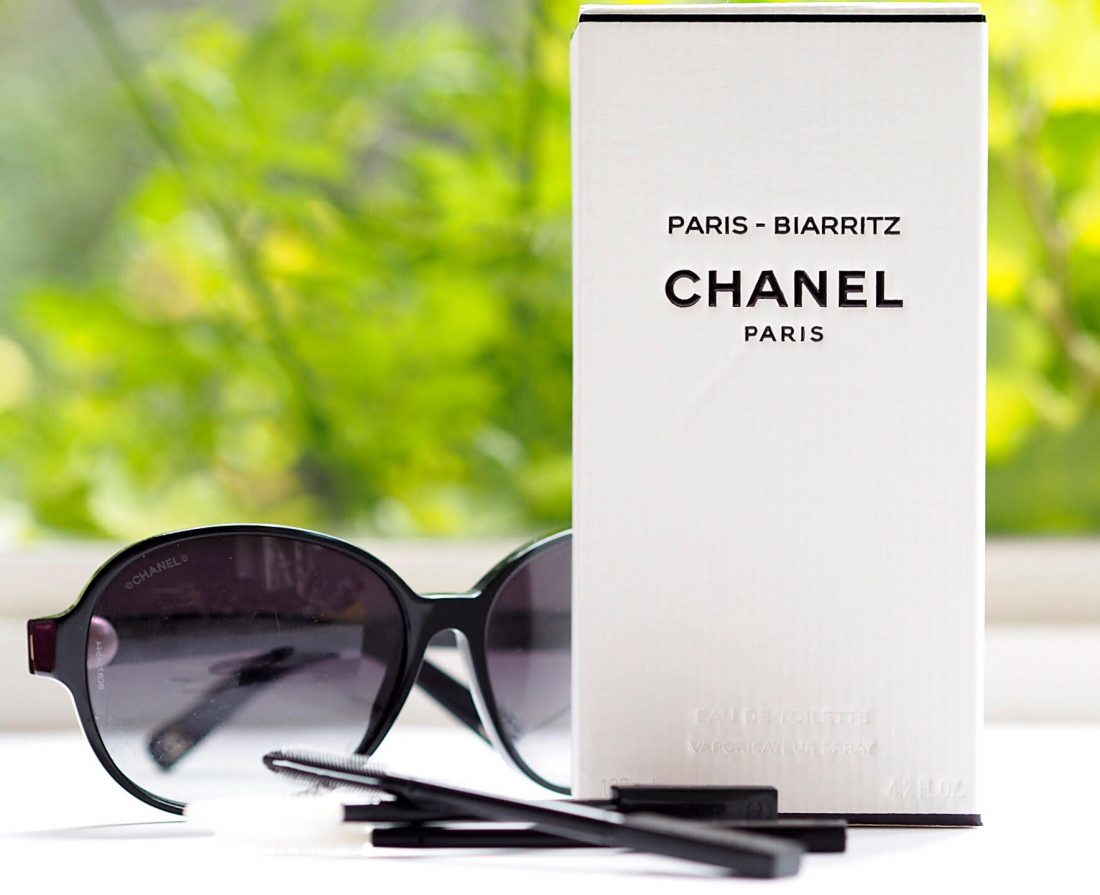 Created by Olivier Polge, the three new Les Eaux are in the family of eau de cologne but more distant cousins than sisters, perhaps. I have all three but this one, Biarritz, had my undivided attention straight away so is having a post of its own before I review the other two. I love Biarritz – I’ve been two years in a row and am itching to get back there as soon as possible. If you’ve never been, it’s the prettiest French town (with a tiny Galeries Lafayette) on the south-west coast. It’s every kind of chic but in a complete juxtaposition, it’s also a popular surf venue because of the huge waves that crash onto the beach. So, you have a complete mix of people milling around from the most stylish residents to the most relaxed surfers and it’s just such an interesting place. We are obviously far too British for it really – the hotel we stayed at last time had a see-though shower in the middle of the bedroom. I made Mr BBB fashion me a modesty panel from the towels because it was far too weird for me!

It transpires that Gabrielle Chanel opened a shop in Biarritz (and I know now exactly where from the attached post card) in 1915 and chopped off all her long hair into her signature style. Anyway, back to the fragrance water, Biarritz. It’s light, there is no denying it, and unlike eau de cologne isn’t quite unisex if you take the traditional stance – there is something very ‘Chanel’ about it in the floral sweetness which does give it rather a feminine favour. Although, by all means, wear what you please – gender is not at all relevant to fragrance. Its an aquatic blend of lily-of-the-valley, grapefruit, mandarin, vetiver and white musk. Nor is it particularly long-living on the skin, but I guess the pleasure is in the spraying – it has all those cologne elements of being a citrussy blast of coolness on the skin. Perhaps the connection is that it’s both sporty and elegant – like Biarritz itself.

The waters are only available in Chanel stores and on the official Chanel website and they launch on 13th July. I don’t have a price yet but from a US conversion, I think around the £100 mark.