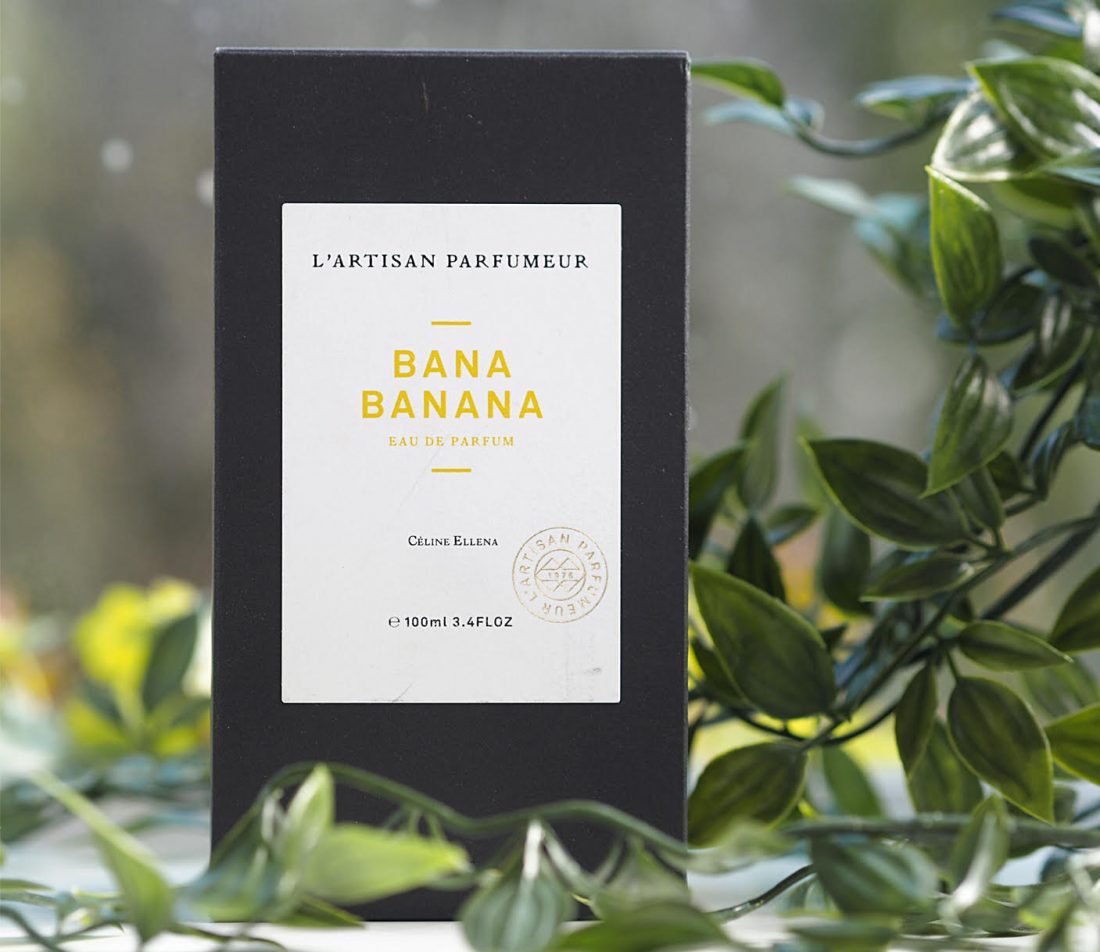 [productsample] I know, I know – a lot of perfume reviews lately, but it’s new fragrance season so they’ve been coming thick and fast. I don’t see many more on the horizon though so for anyone who’s not interested in fragrances, I’m nearly done for a while.

I experienced this fragrance earlier this week, committing the cardinal sin of spritzing it in a restaurant. We all know not to do that – it’s upsetting for diners or anyone with allergies – but I literally just forgot myself. For fragrance PRs it’s really difficult and what they usually do is spritz into the box lid before arriving at the meeting point, so the journalist or reviewer can get an impression from the lid which acts as a sort of cloche for the perfume. And of all the fragrances to forget yourself with, this would not be the one. I spritzed it down the front of my sweater – my bra, 24 hours later, still smells of Bana Banana. I would call it a divisive fragrance – you will either be completely drawn in and intoxicated by the notes of candied banana and jasmine or you will be repelled to the nearest wall to faint.

It goes in the same category as Tom Ford’s Lost Cherry – initially thrilling and exciting, then simmering down into something more rounded and embracing. I get a lot of powdery notes from Bana Banana, which incidentally was one of the first fragrances created by Jean Laporte, founder of L’Artisan Parfumeur (prior to that he founded Sisley). He died in 2011, so perfumer Céline Ellena, re-imagines the banana fragrance of old. Bana Banana is ambery, with violet flower, nutmeg and Tonka bean in the mix. At first spritz, it’s almost leafy, followed very quickly by a huuuuge whack of fresh banana that is an absolute delight. As the day wears one, the banana disappears by small degrees til you are left with powdery iris and amber. You will love it or you will hate it – I can’t see a space in between.

L’Artisan Perfumeur has a good sampling service – two free 1.5ml phials sent for only the postage cost, which is then redeemable against purchase should you wish. I don’t see that Bana has made it to the phials yet and I would recommend that course of action when it does because the full size is £115 HERE.