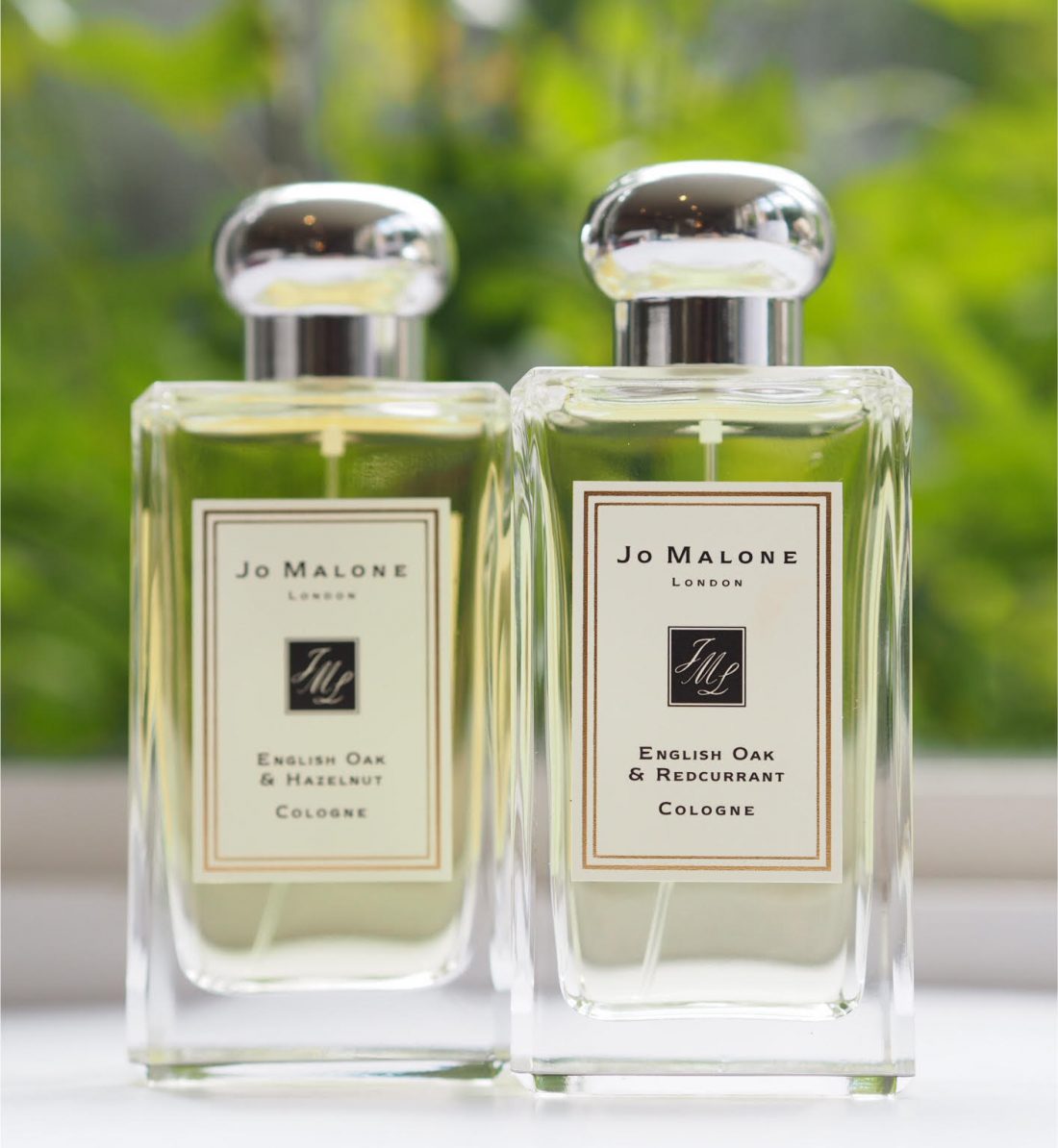 Confession. I’m English and I have no clue what an oak tree smells like. Jo Malone is very good at creating ‘British’ fragrances that baffle many of us – it seems they’re talking to other markets and selling the ‘British’ concept in a highly idealised and stylised way that isn’t terribly relevant to those that it is supposed to represent. I was happier when the brand was clouding us with wafts of Californian orange blossom to be honest but right now it’s just owning Britain.

English Oak & Redcurrent opens with an earthy, mossy vibe that’s comforting and refreshing – I could liken it to a walk in shady woods in some way where the muddy, green earthiness rises up. Cutting it with the sweet and fresh tones of redcurrant is lovely. It’s lovely to smell it, but I’m not sure I want to smell of it. I don’t find it a particularly strong scent – it’s quite gentle with a slightly soapy backdrop driven by the rose notes in the middle of redcurrant and roasted oak absolute.

English Oak & Hazelnut is harder to define or relate to – again, fresh, earthy and comforting without the fruitiness of the former version. It too has a soapy back drop but there is no rose in it; instead, cedarwood, green hazelnut and roasted oak absolute. It’s not nutty as you might expect.

Personally, I wouldn’t rush to either, but I can see how many might think of them as quintessentially ‘English’. Particularly Americans. It’s a bit like suggesting that all of France smells of lavender and garlic and those are their signature scents. I think I am more at odds with the suggested ‘Englishness’ of these fragrances than the scents themselves. The fragrances launch in September, with more planned for the Redcurrant version (body wash, candles) than the Hazelnut.