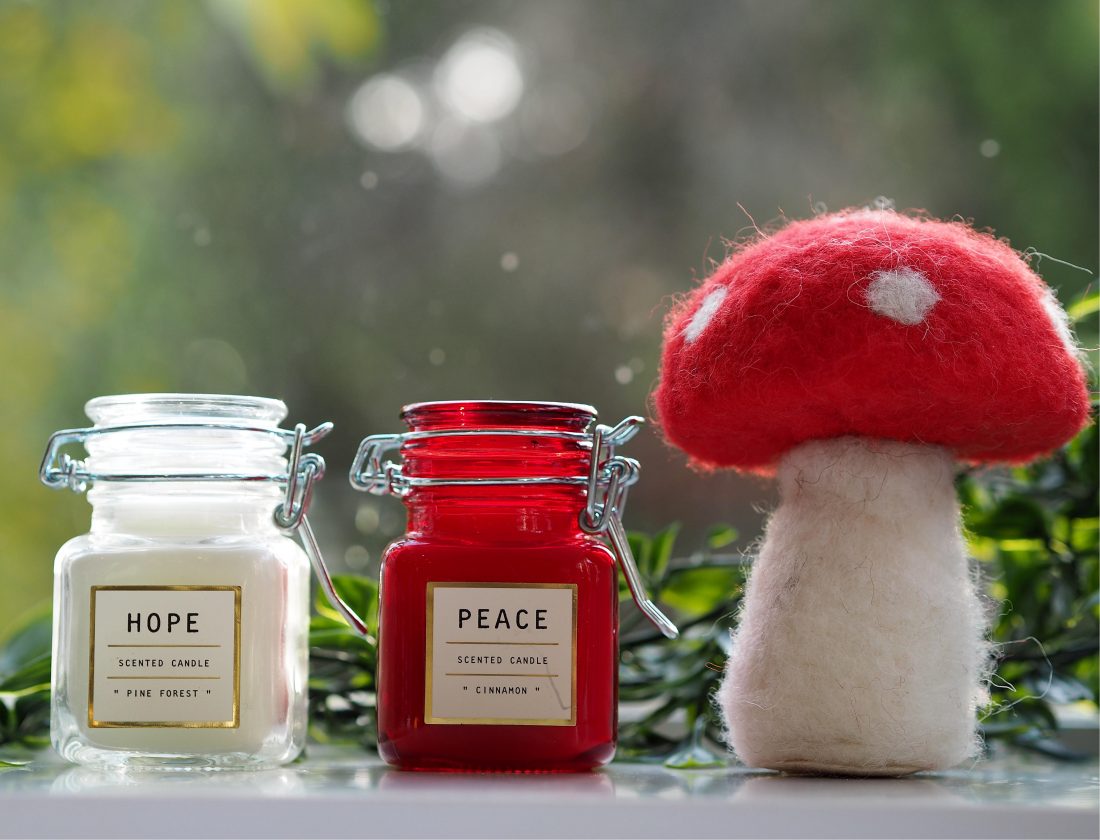 Because I’m aware that so far the Christmas candles I’ve reviewed are in the luxury price bracket, I’ve been looking at much more moderately priced candles to see how they fare. Most of us are a bit stretched at this time of year and candles have to score low on the ‘essentials’ but they are joyous things to have. I’ve started with H&M Hope and Peace at £1.99 each.

When you open the jar lids and smell them, there is definitely both a cinnamon whiff and a pine scent and they’re both really pretty in their design, but you could never describe them as generously fragranced. It would be fair to say I’m enjoying them for their looks and not much else!

Cinnamon is more distinct than Pine but they’re both so faint that you’d either need the tiniest room or a nose like a bloodhound to extract anything more than a nominal aroma. On the plus, they burn very slowly so for £1.99, taking into account the way they look, I still think they’re good value for atmosphere creation but don’t expect anything much above that. These particular designs aren’t available on line and the brand has some larger candles for around £8.99 as their ‘luxury’ offerings so I may give one of those a go instead. For looks it’s a yes, for scent, a solid no.