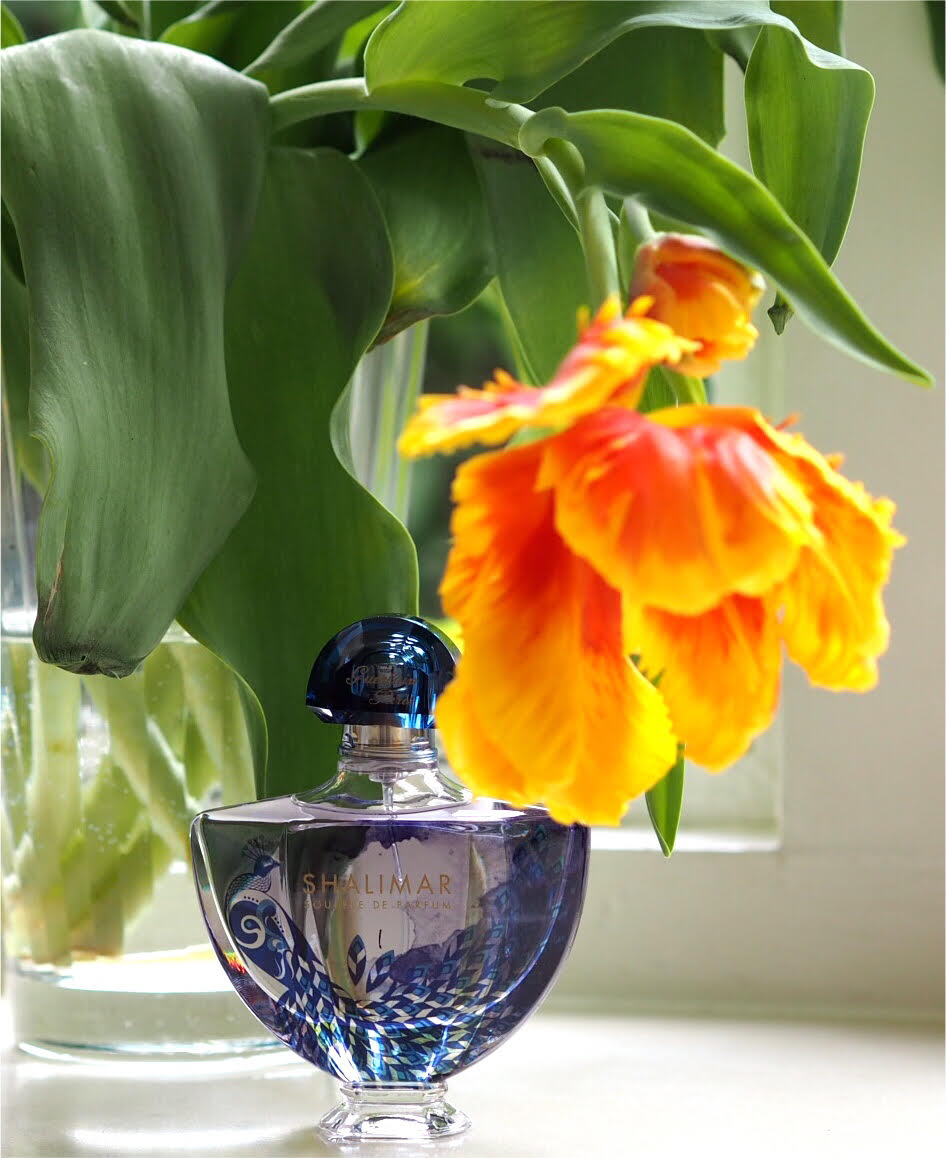 Woo! Shalimar collectors, look out! The story behind Shalimar is one of the most beautiful of all fragrance tales. If you don’t know it, the fragrance is inspired by the Emperor Shah Jahan in India, who created the gardens of Shalimar for his wife, Mumtaz Mahal (she deserved it, she had 14 children!), and later, after her death, had the Taj Mahal built as a mausoleum for her as a symbol of his undying love.

The Souffle version of Shalimar, while still a floriental, is a much gentler version of the spicy Shalimar. It’s fresher for a start, but still sweet, with citrus notes of bergamot, lemon and mandarin with a heart of jasmine sambac and orange blossom water. There’s a base of vanilla (not too strong) and white musk. I’m not particularly a Shalimar fan… I only have fondness for it because it’s heralded as the first ‘oriental’ and has always been on my radar one way or another. Its first incarnation was in 1921 and it was re-released in 1925 by Jacques Guerlain (and NO, I don’t remember it from quite that far back!) so I love the heritage of it too and its immediately identifiable bottle. However, I absolutely love this ‘souffle’ version for its sweet, slightly tropical, jasmine fuelled scent and the exquisite blue peacock bottle. It’s a recquaintance that I’m very happy to make.

I don’t have a release date for the 2017 Collector’s Version, but if you Google you can see past collector Shalimars and they’re stunning. I feel a ‘collection’ coming on! I’ll update this post as soon as I can tell you when it hits stores.