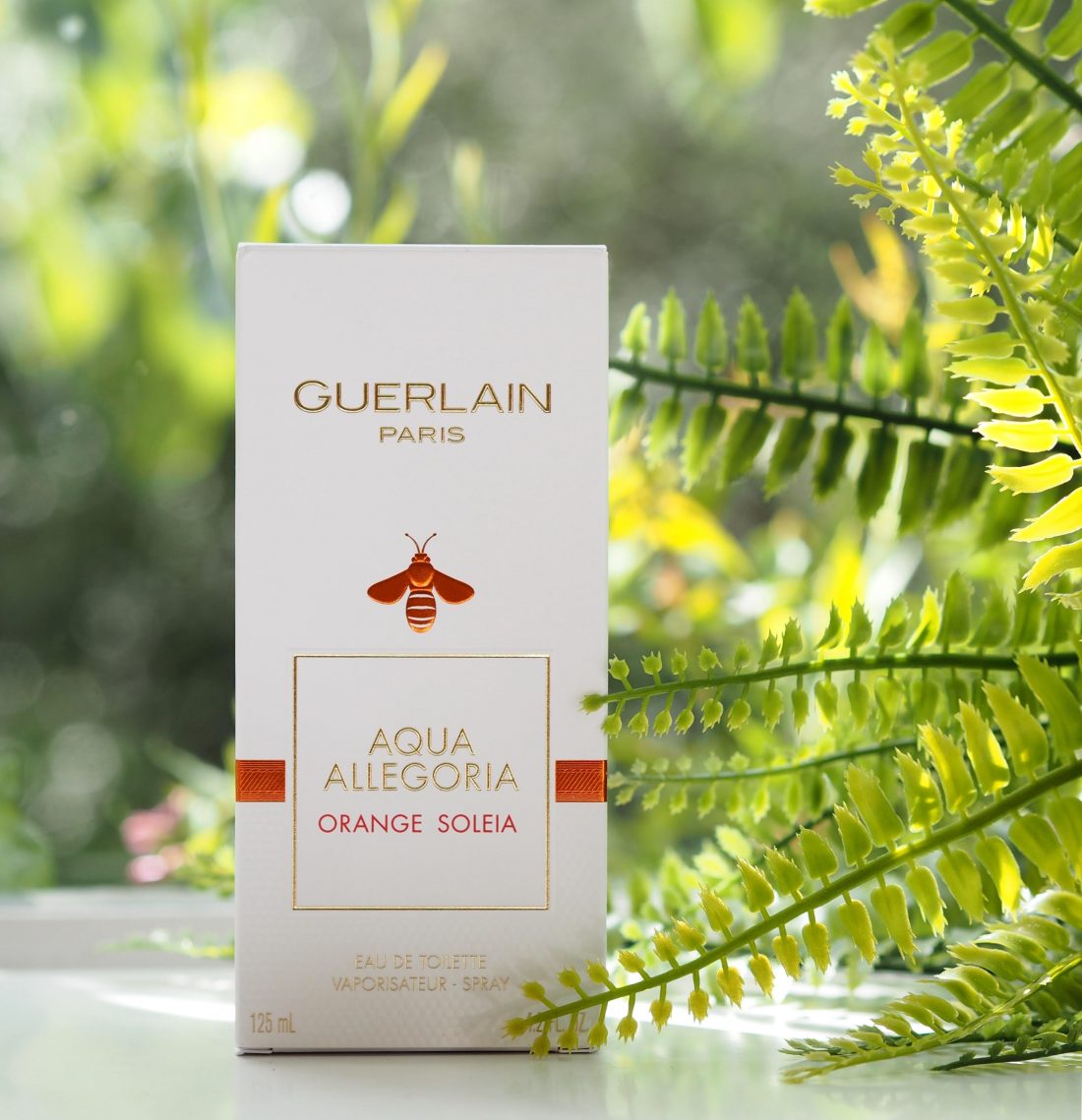 [unpaid/sample/affiliate/ad] Believe it or not, I was up at 7 this morning doing a quick yoga session which is something I couldn’t have envisaged happening in a month of Sundays before lock-down. I’ve baked no sour dough or banana bread or had any radical self-learning although I have downloaded Duolingo :-). Some people just aren’t set for big change although I think I’m more ‘aware’ – I hear bird song, notice flowers, take more time over things without feeling impatient and have got interested in things like a cut lemon being the best shower cleaner. One thing that stays resolutely the same though is my love of citrus fragrances.

Guerlain Aqua Allegoria Orange Soleia is the splash of sunshine in your day – as soon as I tried this I was smiling from ear to ear and felt it to be genuinely uplifting. I’m drawn to citrus notes – as clean as possible ideally – but would have to say this isn’t quite a typical, straightforward citrus. It’s a blend of mint and blood orange that gives an initial, lightful sherbet aspect that quickly drops to a smooth, orange wrapped, earthy rather than zingy, mint.

So, it’s not a ‘freshly squeezed’ kind of a fragrance – it’s layered and nuanced and just utterly lovely. There are musky notes and some pink peppercorn (which is always a bit of a mystery note for me because who actually has sniffed at pink peppercorns enough to imprint the smell?) with picking oranges in the Sicilian sun as inspiration. I guess it does reflect the inspiration – both warming and fresh with earthy undertones and minty foliage. It’s £62 HERE, non affiliate HERE.