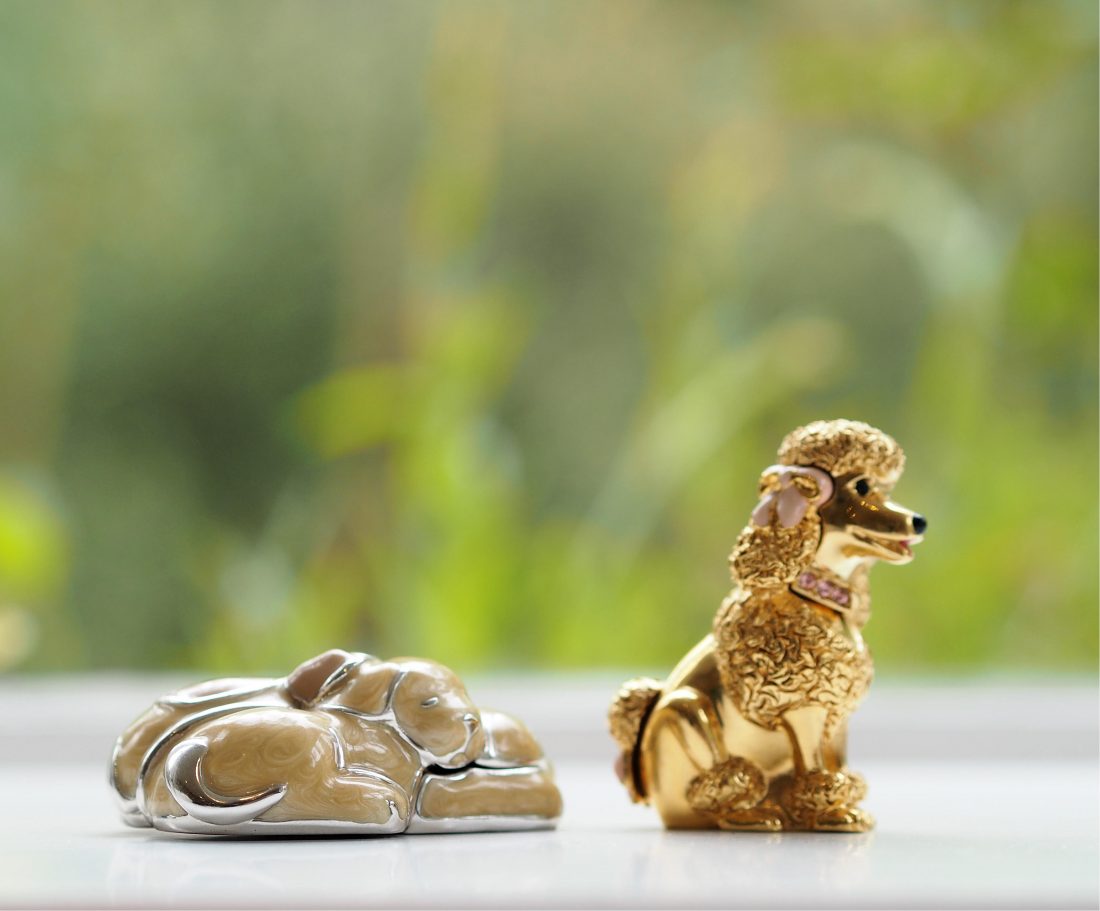 There were always going to be dogs! In fact, one of the most sought after solid fragrance is the Imperial Foo Dog from 1974 – a Chinese style ‘ivory’ carved dog.

It’s called ‘Pink Poodle’ – pink diamante collar (of course!) and pink ribbons for each ear. I can’t imagine the utter horror I’d be greeted with by Honey if I tried to put ribbons on her ears! She would absolutely be having none of that nonsense!

Inside, the fragrance is Gold – there is still a trace of the notes despite the discolouration of the wax. This isn’t particularly collectable – it cost $65 when it launched but would only set you back about $45 now. Actually, other than the very rarest compacts, after a flurry of new collectors in the late 90’s, early 2000’s, the market has now significantly depreciated.

Well, they did love a bow! In this style with the silver line detailing came several cats, a snail, a pig and a rabbit – that I know of. Known simply as ‘Puppies’ (I think they’re labradors but who knows!) the compact contains Pleasures.

I love this style of plain enamel with simple silver lines to accentuate the detailing. They weren’t as popular as the super-dazzlers but if I were ever to re-start collecting, I think it’s these I’d go for. The compact cost $60 in 1996 and would set you back £50 now on resale sites. According to the book The Estee Lauder Solid Perfume Compact Collection, some re-issued compacts such as the 1993 Panda came with different fragrances – tell me if you’ve ever heard of Tuscany per Donna that appeared in the 1997 re-issue of Panda.

The notes of Pleasures are still quite strong in this – although it’s not as ‘clean’ as it might be. I’m just amazed to get any olfactory sensation from any of them considering their age.