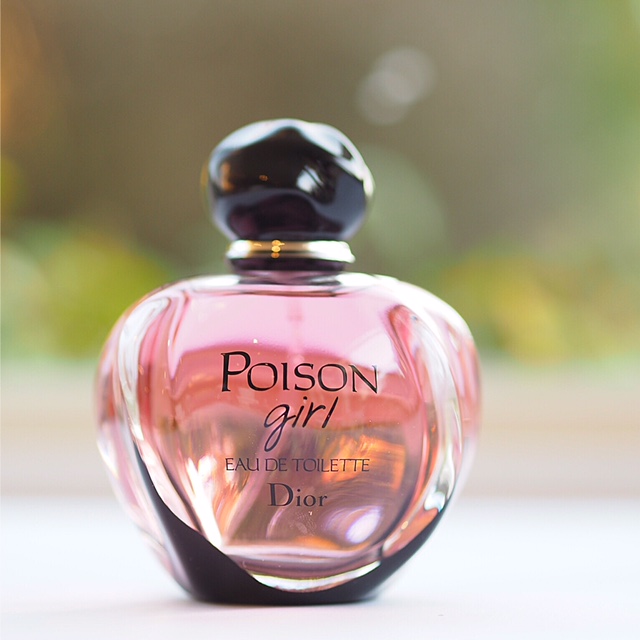 Poison Girl Parfum already exists – this is a line extension to now include an EDT. Generally speaking, the rule of thumb for the difference between the two is the concentrate of perfume it contains. An Eau de Parfum is lighter than a Parfum and an Eau de Toilette is lighter than both. This does affect the last on the skin – you can expect an EDT to stay for a few hours, with a top up needed after four. If you love the pleasure of spritzing and don’t want the weight of a parfum or even an EDP, EDTs are ideal for a light blast. They’re also cheaper to product, let’s not forget, but often this isn’t reflected in the counter price.

Poison itself launched in 1985 at a time when ‘big’ fragrances were fairly new and considered quite obnoxious by some. Along with Giorgio Beverly Hills (1981), it was considered ‘loud’ enough to be banned from some restaurants. Over the years, Poison has got gentler in various versions with Poison Girl EDT possibly being the least violent! What you’ll find in this variation is a top of orange notes, but still followed by the signature tonka bean and vanilla with a splash of flowers inbetween. My first reaction was to recoil from this because I both loved and hated the 80’s version (exactly what it it was supposed to do actually – polarise and confuse) but it’s much more palatable with juicy orange and a lighter hand.

The EDT doesn’t launch til March so it’s set for a heady spring/summer feel and prices start at £42.