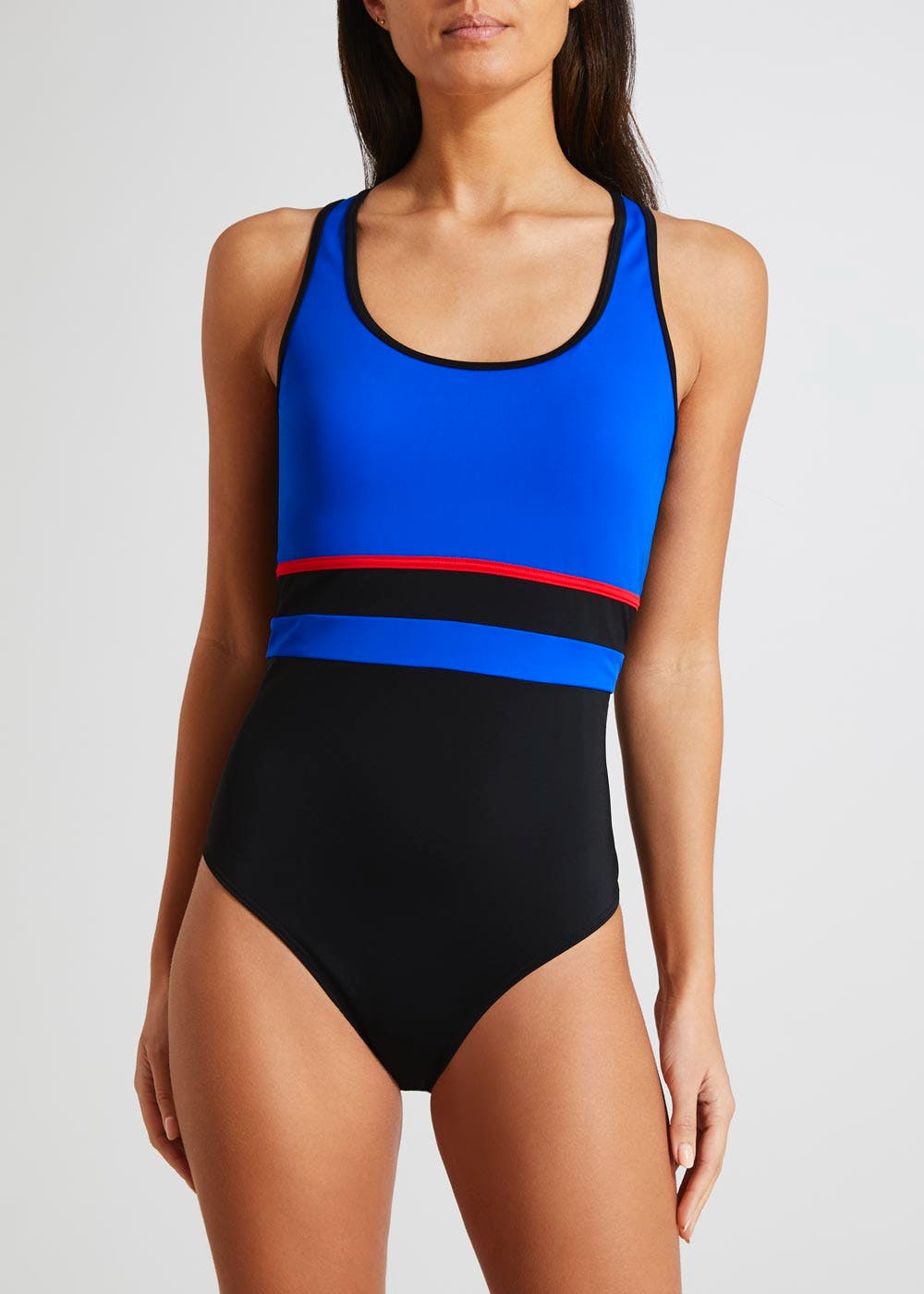 This is less Friday treat and more bikini defeat. I tried on a bikini in John Lewis a couple of weeks ago and it was the most depressing experience. I love bikinis – I love seeing women young and old when I go abroad completely carefree in their teeny two-pieces just revelling in the sunshine and the sea and not giving two hoots about their body shape. That’s usually how I feel but whether it’s bad timing because of that early sunshine which suddenly booted us into summer with no warm-up, or just a general drop in confidence, I just couldn’t see myself in a bikini this year.

Although I hate the fact I’ve been defeated this year (I’m away in Italy as you read this) but I’ve only invested £12 in this costume because I hope its a temporary defeat. I have to say that it cheered me up enormously when I tried it on – the stripes are in exactly the right place to give waist definition and I love a cross back shape – flattering on anyone. In fact, I look quite nice in it! I’m generally body confident and really try not to do that self-critique that most of us do without thinking but I did and who’d have thought a £12 cozzie would get me back on track. It’s HERE non aff HERE. It goes up to a size 22. 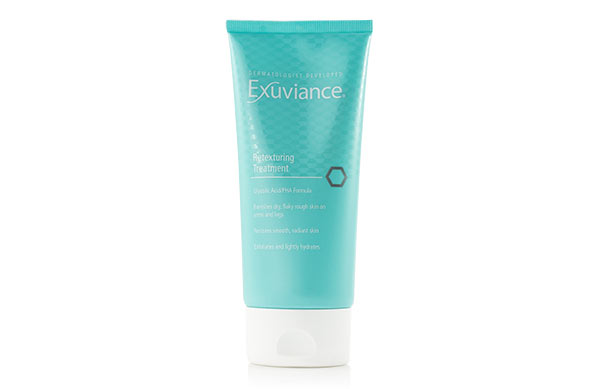 I did Prolon* last year (a 5 day fasting regime) and I’ll do it again so might get into a bikini more happily later in the summer – it’s not a weight thing so much as a shape thing and on balance I think I’d rather reshape by losing weight than go to the gym. The other thing that’s made me feel a lot better from my bikini horror is the Exuvience Retexturizing Treatment (£29.75 reduced from £35.45 HERE ) that, along with some shower exfoliation, has made my body skin look really smooth and soft. It’s moisturising and contains enzymatic exfoliants (glycolic and AHA) so the more you use it, the smoother your skin gets. I’m on my second tube from trying it out last year and it’s been particularly good on thighs and tops of arms where I tend to get bumps.