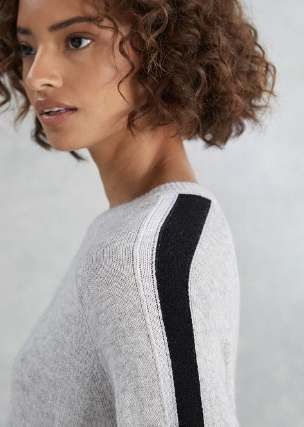 [unpaid/ad/affiliate] Every single time I wear this sweater, which was a gift from my daughter, I get compliments on it or someone wants to know where it’s from. 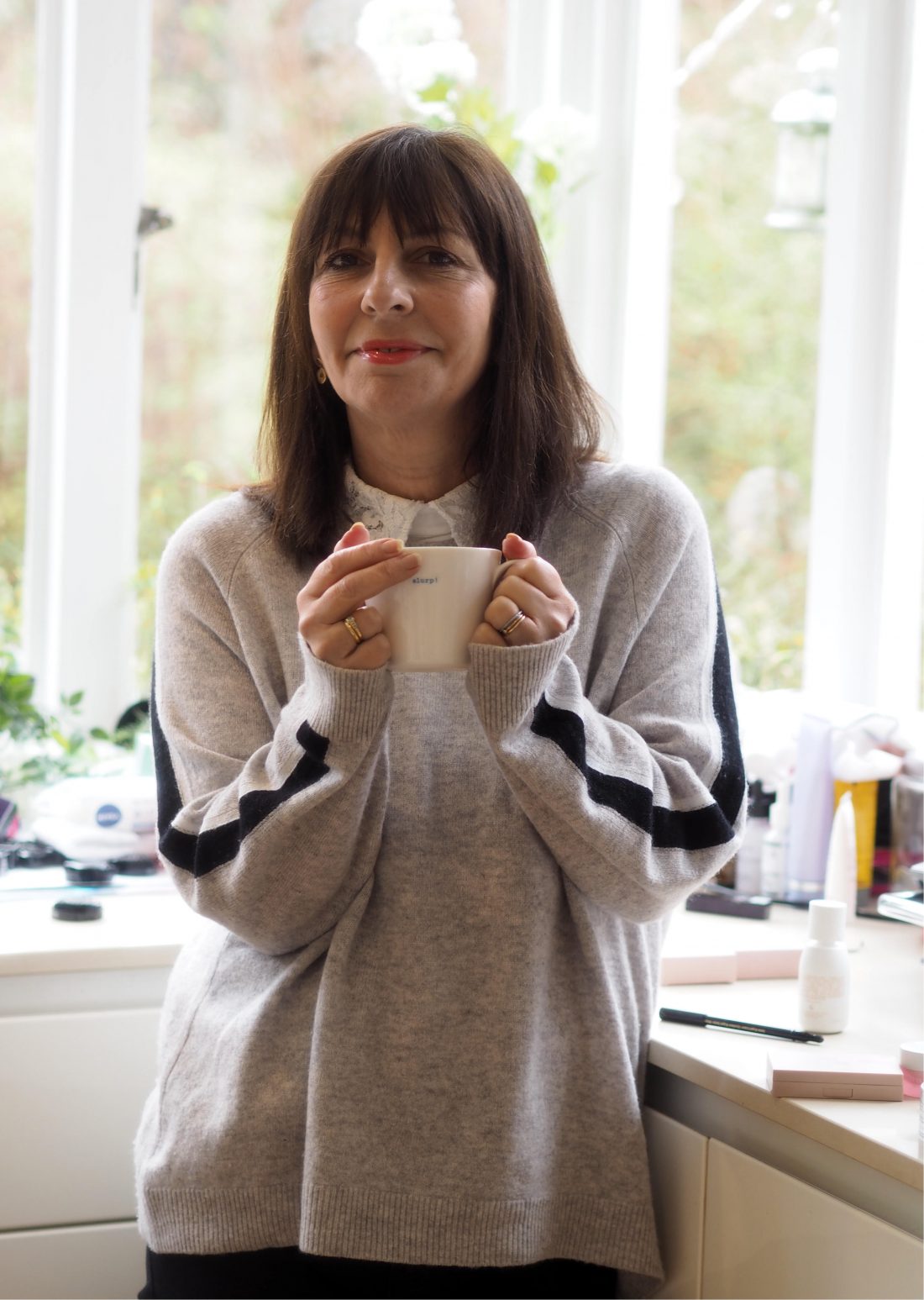 I don’t know why I haven’t featured it before to be honest. It’s from the White Company which generally I avoid because all their bottoms are far too long for me and so in my mind, I think it’s not a brand that fits me. But, I’m proved wrong at least on the top halves.

It’s in a wool-cashmere mix but so soft I actually thought it was fully cashmere. It’s a very fine knit which makes it super lightweight but the best thing of all is that it goes with absolutely everything. I have to stop myself wearing it literally every single day, but so far it’s been worn with a white shirt underneath with black trousers and patent ankle boots, it’s been worn with my waxed skinnies and a biker jacket, it’s been worn with jeans (a lot!) and I’ve worn it over my yoga pants. I’d absolutely love a red one so I hope that they make more colours – maybe even green. But as it is, the grey with sporty black and white sleeve stripe seems to cover everything I need in a sweater.

I got mine in Large although I did try on the Medium and while it was fine, I wanted the sloppiness and drape of large so it was the right choice for me. In a rare handy-being-short bonus, the sweater skims the bottom of my bum (which it doesn’t quite on the model) so I’m comfortably covered in a way that feels like the right fit for me. It’s something, because it’s so lightweight, I’m sure I’ll end up wearing into summer. Actually, Lucy bought me White Company pyjamas (too long) so the sweater was an exchange for those and honestly, I couldn’t have had nicer service in the Covent Garden store. If only they’d make bottoms about 2.5 inches shorter! The sweater is £98 and it’s HERE.