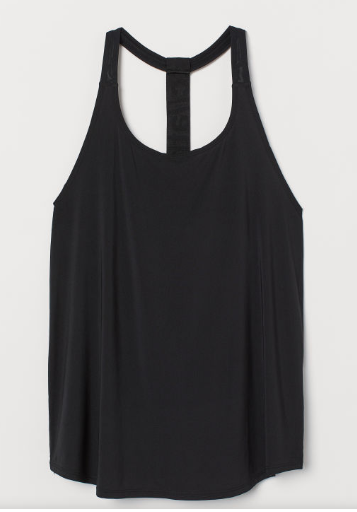 [affiliate] I had an email this week that immediately caught my interest – about Gymtimidation. That’s me! I had that! Dove commissioned a survey about why women feel intimidated by going to the gym to the point that they just never go. I’m a classic case study for this because I put off going for literally years, and even now, don’t actually go to a gym but do go three times a week to my local leisure centre for yoga classes. My fears were that I would be the most rubbish in the class and be so mortified that I’d die of embarrassment. Well, indeed I was the most rubbish – for several weeks running actually but the revelation was that nobody, and I mean absolutely NOBODY could care less. 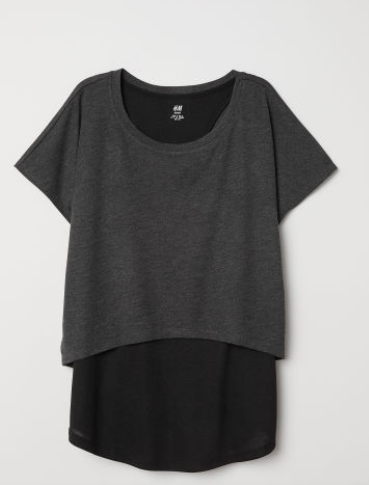 Another revelation was that nobody cares what you’re wearing. It seems such a silly thing now, but I couldn’t bear the thought of ‘those’ leggings – of leaving my house in them and walking to the centre looking like an absolute fraud – and ‘not liking how I look in gym kit’ accounted for 12% of reasons not to go the gym in the Dove survey – or worse, like someone who could actually do yoga. The fear of not being good enough polled 14% while worrying about not looking fit enough took 21%. Almost all of the survey reasons for not going were mine.

But, three months on, I’m doing things I never imagined I’d be able to. I can’t do everything, I get tangled up in all sorts of unseemly knots and having a life long difficulty in knowing right from left end up nose to nose far too often with someone I’ve never met before. My strength, even in that short time, has grown. If you’re doing it properly, even from yoga, you should get a rise in heart rate and a bit of sweat on so that’s an all round good thing, but the biggest thing is that I come out smiling – every single time. Smiling because I’m actually doing it and nobody is laughing at me or making me feel that I shouldn’t be there and I feel happier for that. Someone on Twitter said to me ‘I love going to yoga – it’s such a treat’, and that one comment switched my thinking from exercise being a chore to being an absolute treat to myself.

So, if you’ve got Gymtimidation, my top tips are: 1. wear things you feel you look okay in – even if it’s your baggiest, most ‘hiding’ old t-shirt if that’s what sees you through. I will guarantee you’ll graduate to more interesting things over time. 2. Go to your local leisure centre rather than join a gym. The community based facilities might not be the fanciest but you certainly get a more realistic representation of all walks of life rather than a room full of fitties. My classes have men and women and a widely different age range all with very mixed abilities. 3. If at all possible, go in the day time rather than the evening – evenings are a fitty cluster I’ve found – day time presents a bigger cross-section. 4. Go at your own pace – if you need to sit something out, nobody will mind – you won’t be the first to just look and learn at the start. 5. Tell the instructor it’s your first time or that you’re very new to it – they’re likely to offer more instruction options that take that into account. 6. If you’re like me and don’t know your left from your right, wear a hair band on your right hand in red so you have a red-right reference. 7) Take a mat cover (I have Dock & Bay towels in L HERE) and a hair tie. 8) Paint your nails with a nice colour – you spend a hell of a lot of time looking at your feet in yoga, I’ve discovered.

Throughout the post, I’ve put the things I actually wear so that I feel comfortable and not self-conscious although my first class was in a massive old t-shirt and some trackie bottoms I think I bought fifteen years ago. I like my H&M tops so much now that I wear them all the time anyway – I was trying to remember the last time I wore a proper bra! Anyway, take it from me, no matter your ability, your fitness level, your flexibility or your age, there is a place for you at yoga and it’s not dressed in bum hugging Lulu Lemon leggings. Main Picture is H&M (most of my stuff is to be honest.. it’s great and really reasonable) £12.99 HERE.