Coverless Duvets – The Best Idea EVER 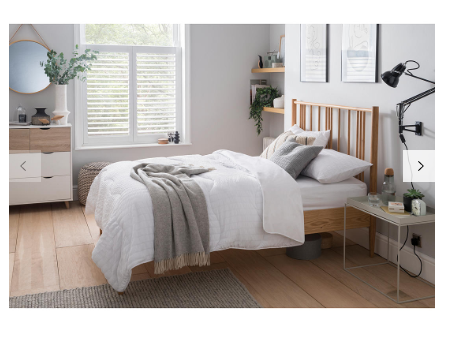 [unpaid/affiliate/ad] I thought more than twice about featuring these coverless duvets because they’re not at all beauty or fashion related but since I’m currently the main duvet changer in my house (other jobs are divided out, believe me) and it’s such an absolute pain in the butt to do, I’ve never come across such a good idea in my whole life. Washable duvets that don’t need covers. Imagine that! You just take them off the bed and put them in the washing machine.

They’re from The Fine Bedding Company at John Lewis and are available in four colours in single, double and king size.

Imagine never having to wrestle a cover onto a floppy old duvet that fights you all the way. They’re 10.5 tog which widely suggested as the best all-round tog, being neither too heavy for summer or too light for winter. If you boil in bed, it’s probably too much for you though.

The thing that finally convinced me that a quick-dry, coverless duvet has a place here is that while I was browsing the John Lewis website it flashed up that 48 had sold in the past day which clearly means it’s not just me that thinks they’re a brilliant idea. Especially if you’ve got kids and even more especially if you struggle, for whatever reason (bad back, impaired mobility), to do the weekly change over (we’re doing it every two weeks – I’m not a saint). 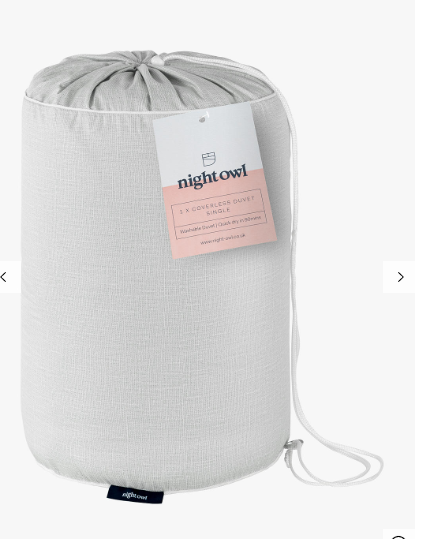 Prices start at £35 for a Single to £55 for a King and frankly, if it’s within budget, it’s money well spent. I prefer the white set (so does everyone else) because it’s easy to accessorise with blankets or cushions. Head HERE, non affiliate HERE. Oh, and a 2 year guarantee.