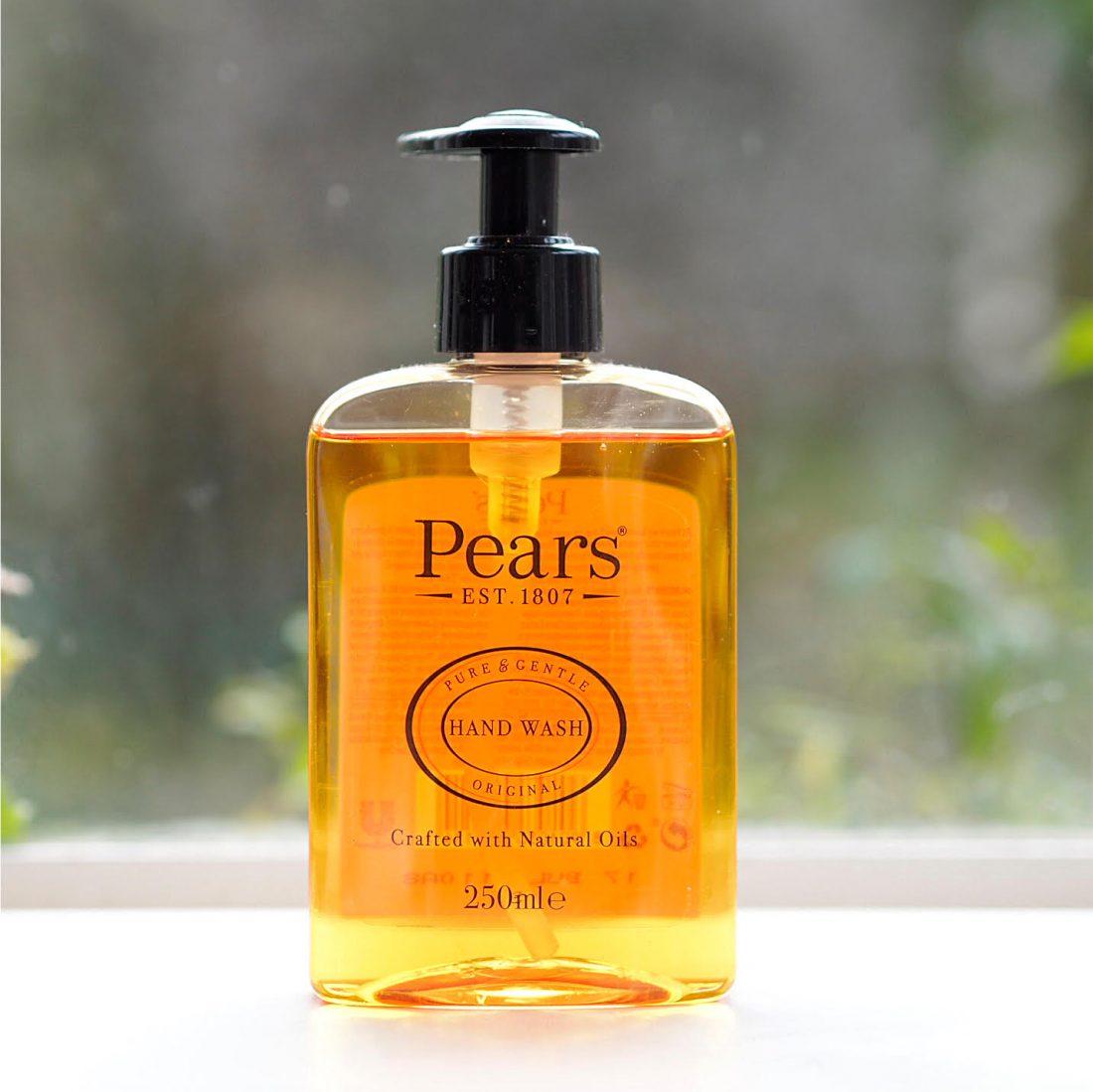 Well, this is a blast from the past and a very nicely spent couple of quid if you fancy a nostalgia trip, although it’s not quite the Pears of old. In fact, in 2010, Pears had to abandon its new soap recipe because it was so universally loathed. My memory of Pears soap as a child is that it had a spicy, almost peppery smell that I didn’t quite like but didn’t not like if you see what I mean. The original bar soap didn’t contain SLS and in this hand wash, it’s the next ingredient after water. So, if you’re not happy using SLS you need to avoid.

However, olfactory remnants do remain – the spice, although not to it’s peppery, nose pinching origins – is still there but in a softer, more gentle version. This is a soap free hand wash, so not actually soap, but it does a decent job of acting like a soap and it didn’t strip my skin. The original Pears isn’t coming back ever – production processes have changed, as have the ingredients – but this liquid version did give me a little trace of memory of childhood bath times.