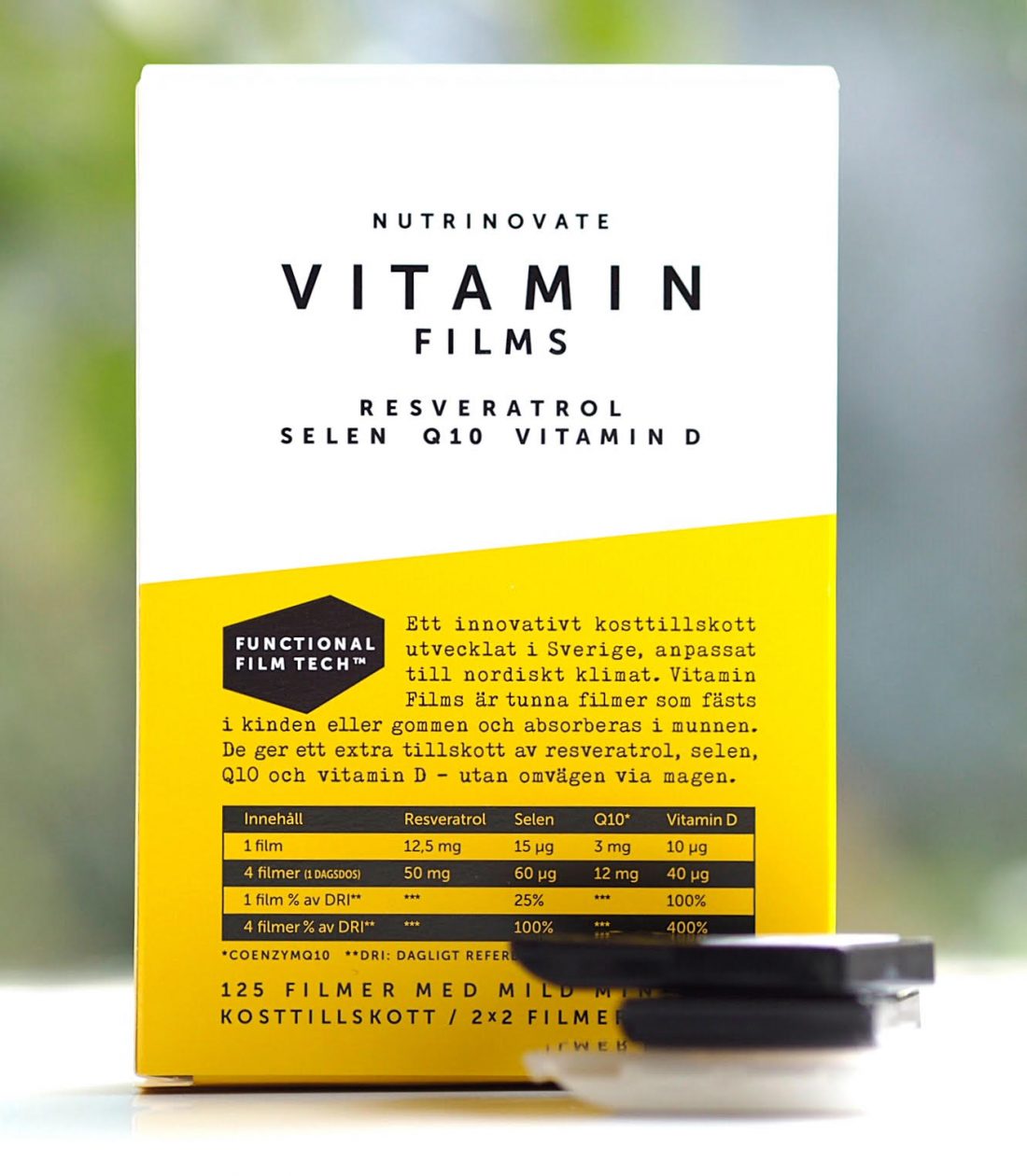 Last year, I posted about these films as alternatives to supplements. The main purpose was to provide an intake of resveratrol, a group of compounds called polyphenols that act like antioxidants and therefore have some benefit to skin as well as other parts of the body. The technology of implanting vitamins into films (they contain vitamin D, selenium, Q10 and resveratrol) that you put to the side of your cheek inside your mouth to allow it to dissolve was what was most exciting to me because the delivery system is highly efficient (by-passing the digestive system) but the taste was awful – like wallpaper and paste disintegrating in your mouth. Fast forward a year and things are very different. The brand has expanded its repertoire to include a caffeine boost film, an immune support film and a bone support film and now they taste minty and not horrible.

Each little plastic pouch contains 25 films – they’re very, very slender (think papier poudre type thickness) – and the whole thing would fit really neatly into your pocket. At the moment, I think maybe the caffeine boosters are the most interesting – they certainly give a big hit of energy (if you’re super sensitive, it might be too much) and a lot less effort than an energy drink. The technology is called Functional Film Technology.

I think it’s exciting to watch the evolution of this brand – they really listened to my original feedback so I’m hoping they might hear me when I say that black film for the caffeine boosters isn’t a good thing. To me, it makes me worry that my tongue or teeth might turn black (they don’t, but still) and they’d be better off latte coloured than americano. The bone supplement films are pink by the way which seems far more palatable. The texture is still a little bit ‘gluey’ but with the mint flavour (which is mild rather than aggressive) it’s a lot more easy to have a film resting in your mouth. The big deal for these is the bypassing of the digestive system that, as discussed in yesterday’s Wild Nutrition post, can filter out a great deal of what goes in. You can read more HERE.

There’s so much potential here – quite exciting too, I should think, for the medical world where people find swallowing tablets a problem (adults, children and babies) and maybe even for the vetinary world (anyone who has tried to wrangle a large tablet down a reluctant dog’s throat will hear me loud and clear).