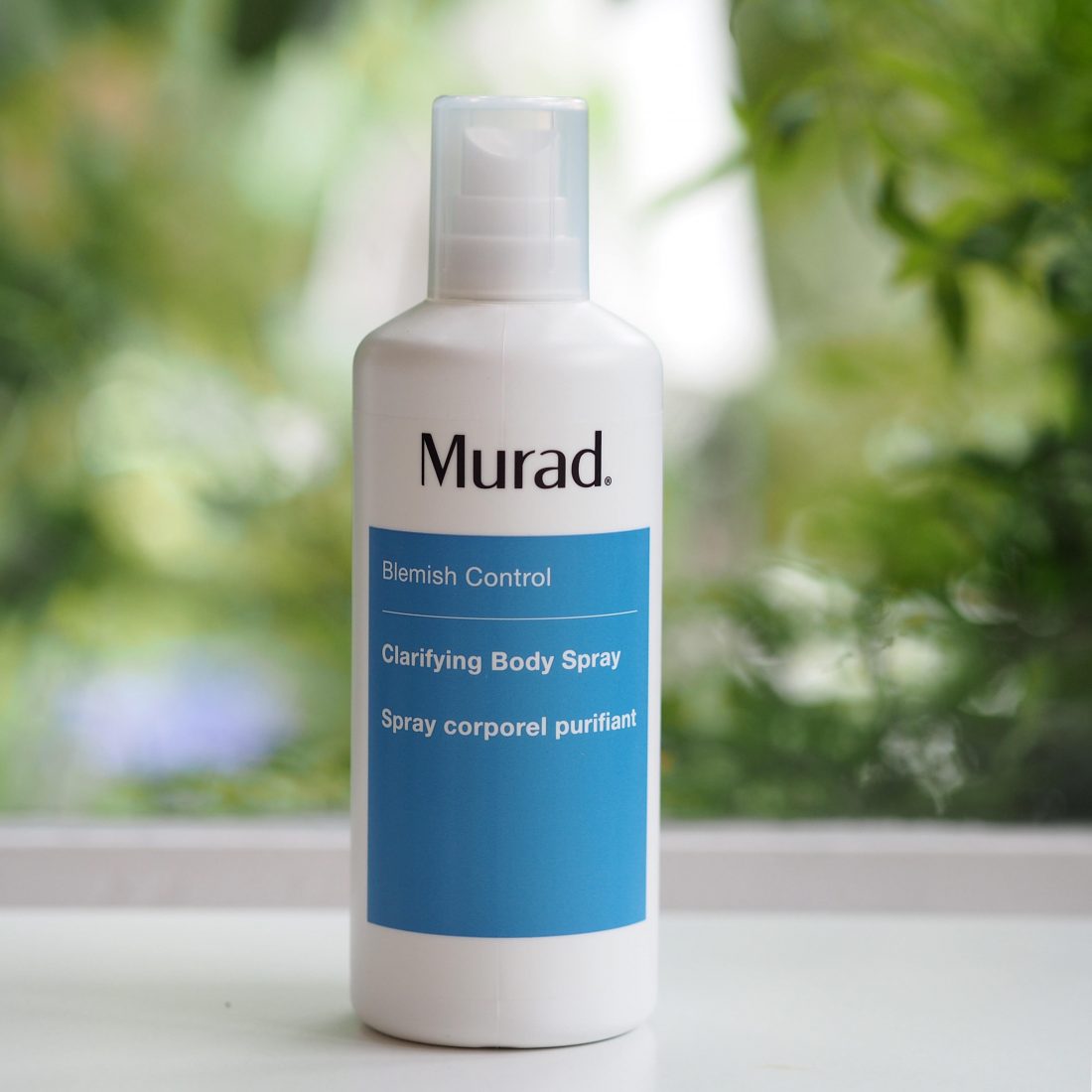 [unpaid/sample/affiliate/prioradrelationship] Can we talk about bum spots? As any teenager will tell you, they’re literally a pain in the proverbial and while they don’t see the light of day often, it doesn’t mean we should put up with them. More often than not, they’re caused by blocked follicles so if you’re sitting on a spot issue, Murad’s Clarifying Body Spray might well be the answer.  You can get them at any age, by the way!

Bacne and chest acne is usually caused by oil and a build up of old cells but it’s kind of a similar solution – get that dead skin away to prevent clogging and subsequent break outs. So, the Murad formula contains salicylic acid (0.5%) and glycolic to give an enzymatic exfoliation which will prevent build up and therefore – hopefully – spots. Because these two ingredients can be quite harsh, it’s bolstered with Allantoin and Blue Lotus to reduce redness and soothe the skin. You should not go from 0 to Zero with this stuff – start with one daily application and increase in time to two or three. There will probably be some initial dryness and expect to wait at least 3 weeks for results.

I am flagging this as a handy product – I haven’t used it myself – and also because it gets really good reviews everywhere. If it’s something you don’t know about, and you have either bum, back or chest break outs, it’s probably worth another look. At £35, it’s pricey but I reckon (depending upon surface area needing treatment) it would last a good month or so. Find it HERE at John Lewis, non affiliate link HERE.