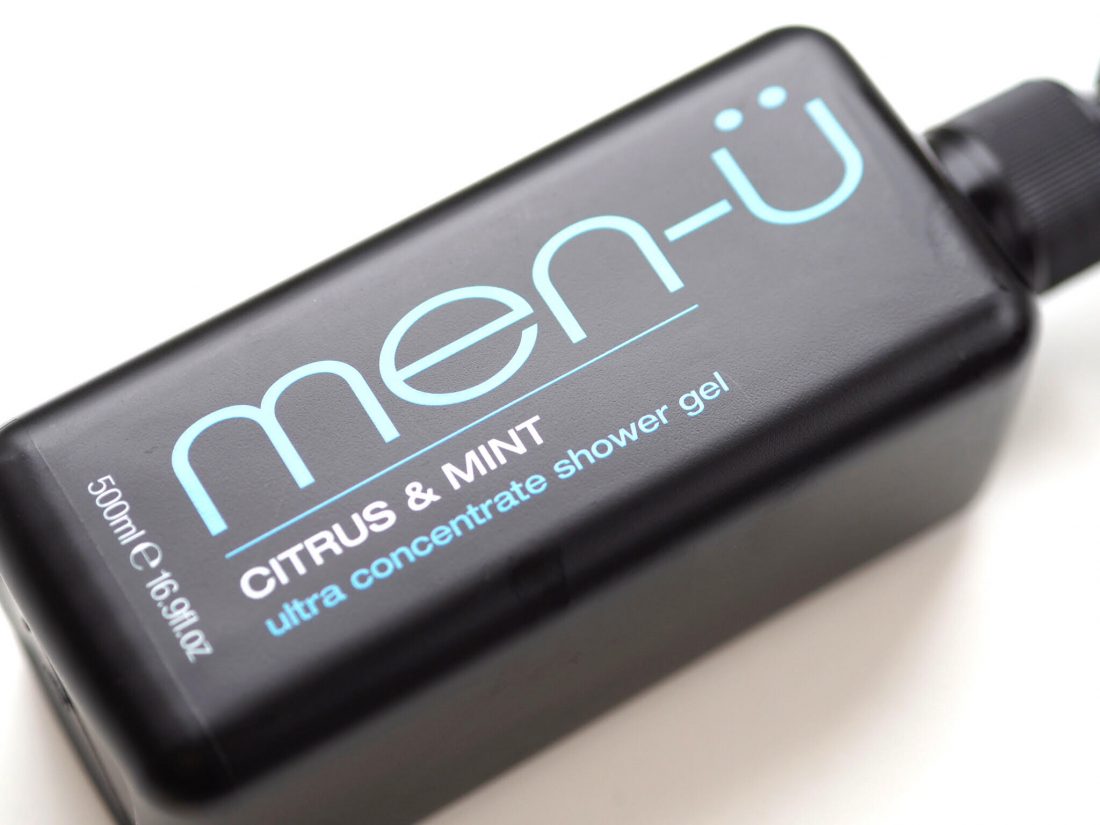 My preference for washing is always a soak in the bath – hot, steamy water and something lovely to fragrance it. But, it’s just not always possible to put aside the time and never, for me at least, in the mornings (my grandparents used to have a morning bath – never understood it: thinking about it now, they were quite bohemian in their way as the bathroom was the most sociable room in the house and the fact that there was someone in the bath never got in the way of anyone and everyone going in there). While I’ll take the most relaxing possible scents for a bath, I want something invigorating and enlivening for the shower and this Citrus & Mint gel from men-u more than meets the brief.

Being a shade of mouthwash blue, it looks exactly as it smells – powerfully minty with barely a hint of sweetness so you get the raw peppermint aroma blasting your senses into waking right up. As you might realise from the name, men-u, this is a men’s range but we are in the every-body era so frankly, don’t let that dissuade you one jot. One of the things I really like about this is that it’s ultra-concentrate, so you need a tiny amount to get a lather (don’t forget this and end up like foamy Pilsbury Dough Boy) which saves on the amount of plastic you’re buying as you won’t need to replenish as often. If you like a sharp waker-upper in the morning, this is as good as it gets. You can find men-u Citrus & Mint Ultra Concentrate Shower Gel HERE for £26.85. The brand suggests that it could last you up to 6 months – I’m not so sure it will because it’s rather addictive.