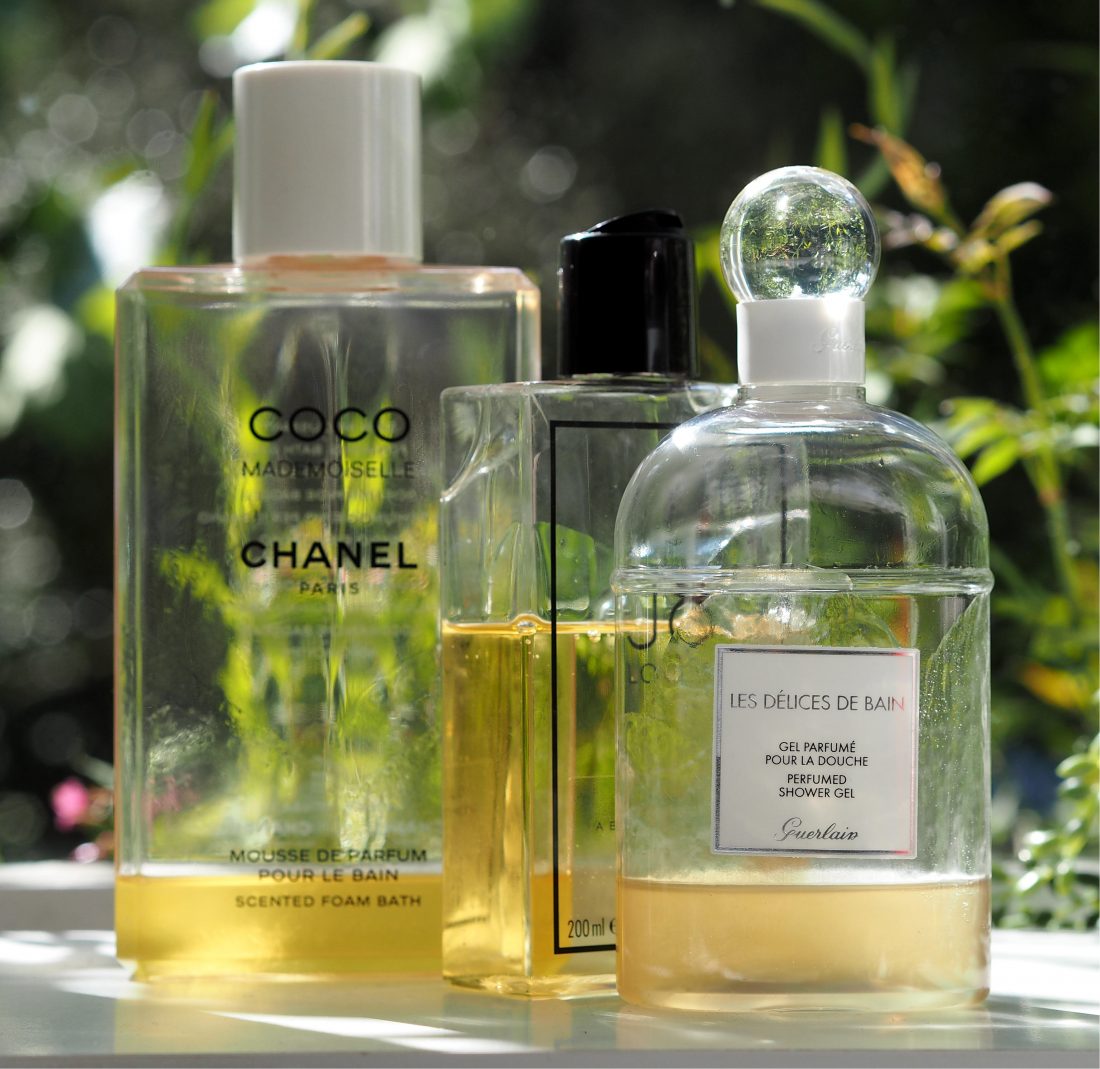 [unpaid/sample/affiliate/ad] I genuinely cannot remember whether these are samples or bought so I’ve put the declaration on anyway – it’s probably a mix of the two but I can barely pass posh bubbles without getting my debit card out. So, it’s a known weakness :-). But, I’m also a terrible hoarder of ‘posh’ things, doing the thing my both my grandmas used to do – saving them for ‘best’. When one of my grandmas died we discovered a cupboard full of unused tea-towels that she’d been saving for some unknown future event that may require a pristine drying cloth while in the meantime she polished up the dishes with unspeakable rags.

As you can see, ‘best’ has gone right out of the window thanks to lock-down and I’m making bath time bubbly and blissful, rotating them so that it’s different every time. I’m not exclusively partial to fancy stuff so later in the week I’ll suggest some more reasonably priced ones that I love, but I do feel that the moment you have to yourself should be as lovely as you can make it. I know that we’re not all furloughed or paused and in fact, those I know who are still working are doing double duty for less money, so it’s as important for those not locked down as it is for those for whom the four walls are becoming intolerable to have meaningful moments that matter. If yours is in a hot tub of Chanel or a brisk shower with Body Shop it doesn’t matter – what’s important  is that you’re taking that time and making it count.

I quite often put a pod cast on (I like The Infinite Monkey Cage for presenting science in digestible – and funny – chunks as well as No Such Thing As Fish which makes me laugh out loud and a new discovery, Bitch, Bitch, Bitch with Matt Lucas talking behind the scenes at seemingly glamorous jobs such as cabin crew, influencers and paparazzi) but you might well relish the quiet (if you can get it). I’ve got to confess as well that I bring my iPad up and watch TV too sometimes (I remember being utterly open-mouthed with delight the first time I stayed in a hotel that had a TV in the bathroom – the absolute treat! I can’t remember what I watched but it was in French ;-)). Anyway, to round up, I’m making my way through CHANEL Coco Mademoiselle Scented Foam Bath (£39, HERE), Guerlain Les Delices de Bain Shower Gel (fine in the bath but a bit less bubblicious, £35 HERE) and Jo Loves Pomelo Bath & Shower Gel (£35 HERE) which makes me happy every single time.