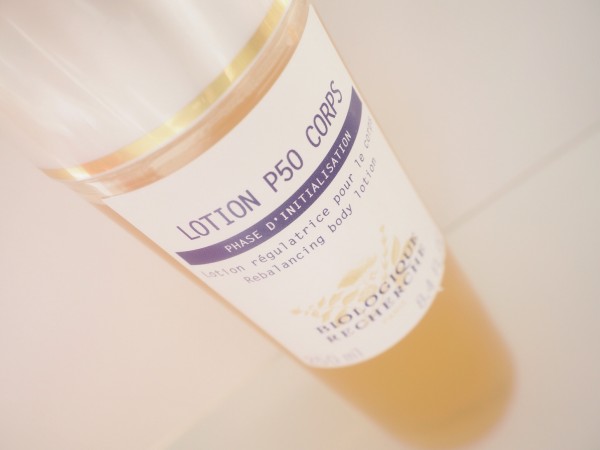 Long before P50 even launched in the UK, I had Mr BBB searching the streets of Paris for it after being given the tip off by Mrs Hirons. If you’ve never heard of Biologique Recherche P50, it’s one of the most effective exfoliating toners in existence – rather strong, so if you have sensitive skin, I’d advise that this probably won’t suit you – but for baby soft, clean and vibrant skin, it’s an absolute winner (I found P50 for the face quite harsh – effective but tingly – and I don’t have sensitive skin). So, now there’s the body version. If you want to whip away dry patches from elbows, knees, ankles or anywhere that your self tan might catch, then you can expect job done with Biologique Recherche P50 Body. I’ve been using it on and off for a couple of weeks now – mainly to sort out bumpy skin on the front of my thighs (KP) – and yes, quite simply it works.

But.. there’s a massive but coming! Biologique Recherche P50 Body costs £108. Yes. £108. In the US it costs $84 – unless there’s been a printing mistake, that’s a huge disparity so I could only really suggest that you don’t buy it in the UK. Nonetheless, if budget is no barrier, you will have enviably smooth body skin in a matter of days. It’s genius. Biologique Recherche P50 Body isn’t all that convenient to get hold of (Liberty had it for a time but doesn’t seem to any more) – you an find a stockist HERE.