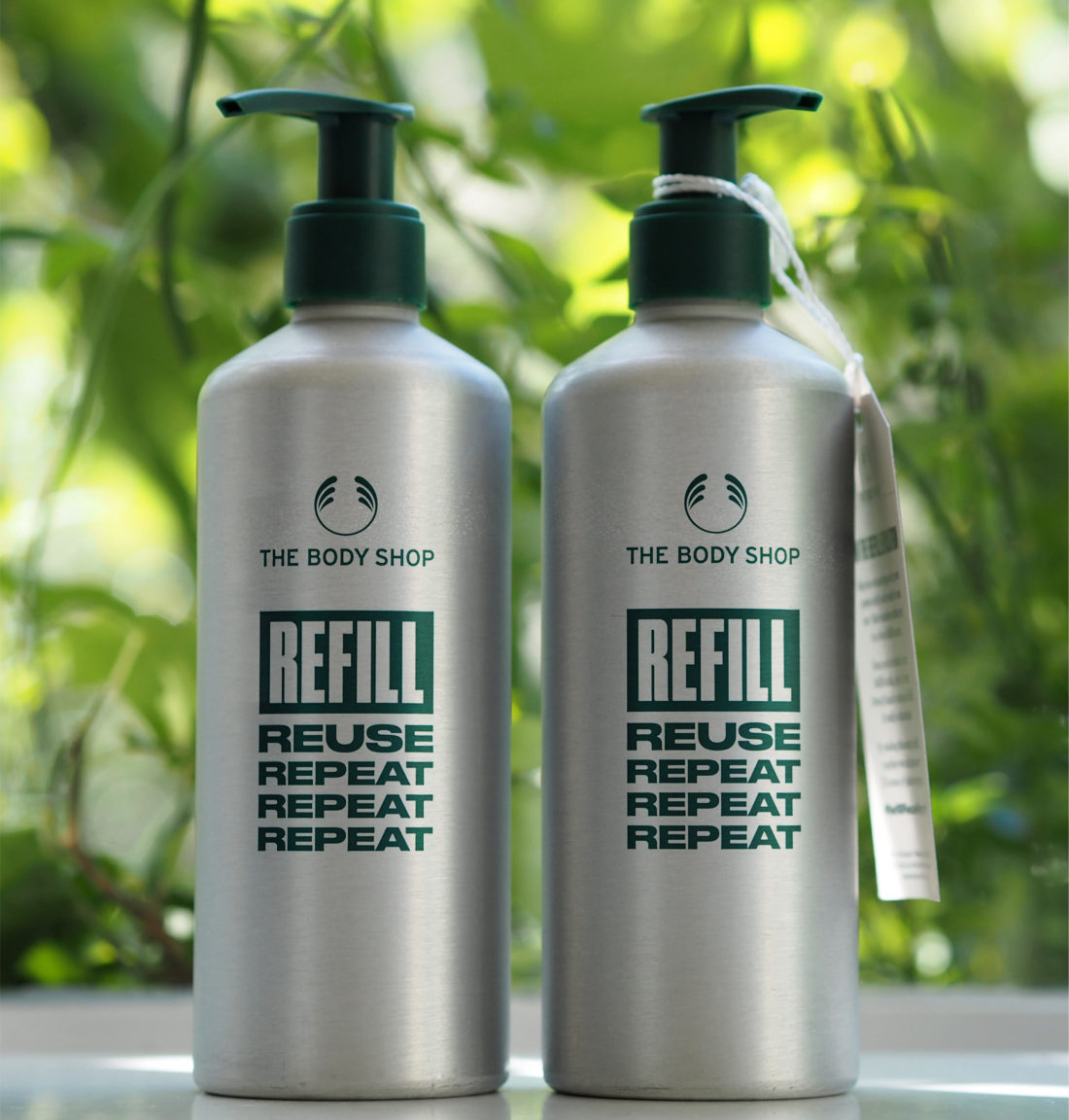 [unpaid/sample/prioradrelationship] I had really wondered what would happen to refill stations, given how shops have suffered a decline in footfall. I was in central London yesterday and while it was a delight to be able to walk around the city in comfort without crowds jostling, it’s also eerie because this is peak tourist season – and there aren’t any.

However, The Body Shop is ploughing on with their plans of 400 refill stations this year and another 400 next year, rolling out globally, eventually leading to the majority of their stores all over the world being refill points with 155 of those in the UK and Ireland. Refills are available for 12 best sellers – the products that are used the very most which comprise shampoo, conditioner, shower gel and hand wash. If their estimates are correct, the average refill user could save £76 a year as well as (combined) saving 25 tonnes of plastic annually. I’ve mentioned before their work with waste pickers in India who contribute to The Body Shop’s recycling aims – I don’t know of another brand that has chosen to work with such a marginalised group, but it works to give the pickers respect, fair pay and sanitary working conditions.

Just as a behind-the-scenes aside, these refills arrived with me in a RePack bag. It’s reusable packaging – you simply remove the address label, flip out the return address to Repack and put it in any post box from where it will be returned to be used again – and again, and again. Genius!