Stuff You Can Buy Today 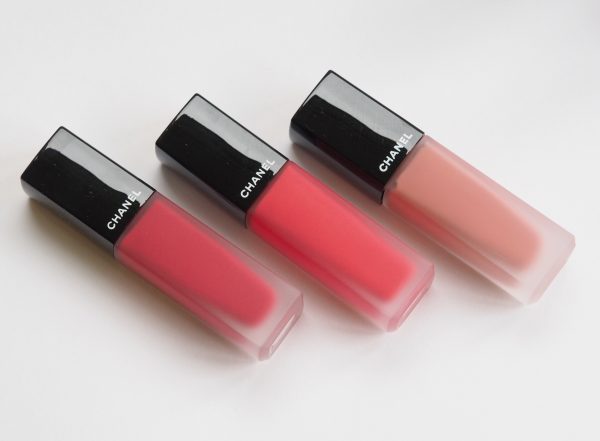 There are so many launches today! I was originally only going to flag up the launch of the Chanel Rouge Allure Lip Ink, but scouring for a stockist I noticed lots of things I’ve been trying out over the summer have finally made it to counter and on-line. So, a quick line up of new things! First up, the Chanel Rouge Allure Lip Ink – for someone who hates mattes, I’ve been wearing this rather a lot! It’s the one of the first mattes that I’ve felt at home with, it’s the lightest on the lip I’ve ever encountered and I didn’t experience the usual drying out. I love it and while I never want to push any BBB readers to buy anything (because who needs more lipstick), it’s SO good, that on this occasion, I think even the non-matte wearers would adore this. My full post with swatches is HERE and Boots seem to be the first to have stock HERE. They’re £26 each.

Suqqu has injected some excitement into their Christmas collection (it’s highly sought after and when it’s gone, it’s gone.. this brand doesn’t have high distribution so stock won’t be infinite) with a new make up artist, Jorge Balzaretti (@jorgemakeup on Instagram if you want to see the looks he has created). The palettes (one of two above) have already sold out (still available on counters Selfridges and Fenwick and online at Harrods on 20th November), but if the idea of even a Chanel matte is too far for matte-loathers, the new Suqqu Creamy Glow lipsticks are the polar opposite with a level of creaminess I don’t think I’ve seen before.

A high pigment, melting formula is delicious. My full post with swatches is HERE. They’re £27 HERE.

Okay so it’s crazy time for expensive advents! I’ve just spotted the (sold out) Jo Malone advent for £365 on Ebay so thought I’d better flag up the Diptique Advent because even at £250, this is going to go fast. Who knew that you had to secure your advent in October to be sure of those perfect December windows! At least this one has candles, which bizarrely, the Jo Malone one didn’t. Anyway, it’s HERE.

Because I’m now nervous at how fast these beauty advents are selling out, I’m re-flagging the Clarins Advent now (I had a review ready and waiting but I fear it will be too late) HERE for £95 (with a value of £146).

I just noticed that Cult Beauty has taken stock of By Terry Christmas (Impearlious) 2016 (unusual, because it tends to be SpaceNK that gets these) if you fancy a browse. The collection is HERE.

This is an end of the day entry! The Yankee Candle Advent sells out every single year – without fail! There are literally never enough to go round no matter how many they supply – early birds can catch this HERE. It’s a rather reasonable £24.99!