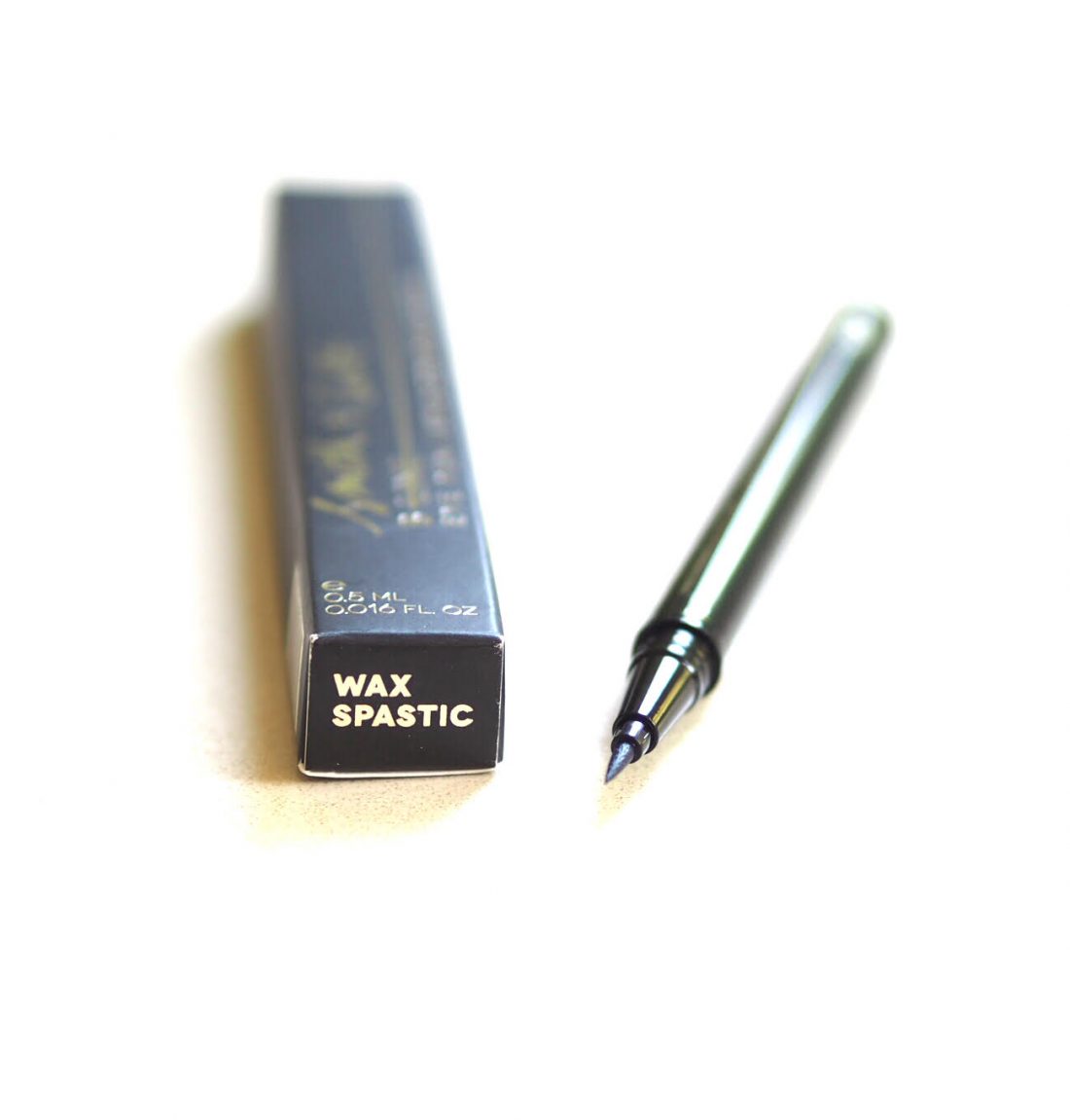 My lovely friend Lex (@talontedlex) flagged up this on Twitter today from Smith & Cult. As beauty reviewers, we’re often asked to reinterpret ‘artistic’ ideas so that they make some kind of sense.. but I cannot make any sense of this. Spastic is a very old fashioned word for Cerebal Palsy and I can bet you any kind of money you like that Smith & Cult would never have named an eyeliner that. 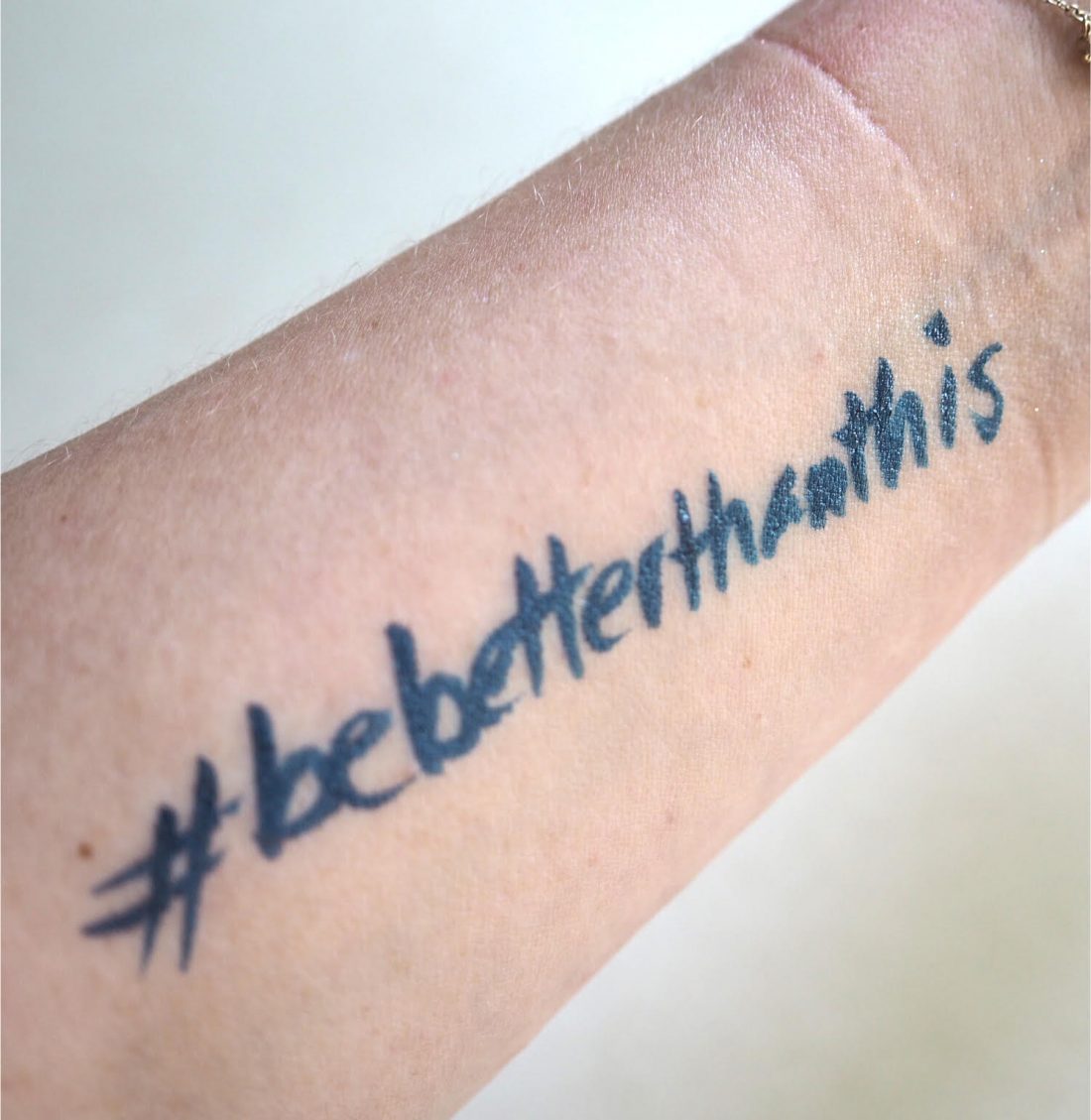 Smith & Cult are an American brand so maybe – on the off chance – that it didn’t have the same meaning in the US. But they did know exactly what the meaning was (they gave a statement – I’ll be back on that). I checked the Wiki definition just to see, because that’s available to everyone and here it is:

Cerebral palsy (CP) is a group of permanent movement disorders that appear in early childhood. Signs and symptoms vary among people. Often, symptoms include poor coordination, stiff muscles, weak muscles, and tremors. There may be problems with sensation, vision, hearing, swallowing, and speaking. Often babies with cerebral palsy do not roll over, sit, crawl, or walk as early as other children of their age. Other symptoms include seizures and problems with thinking or reasoning, each of which occurs in about one third of people with CP. While the symptoms may get more noticeable over the first few years of life, the underlying problems do not worsen over time.

That paragraph, and it’s only the first paragraph in a very long definition, defines a ‘spastic’. Because that’s on Wiki too. A portion of the definition ‘Spastic’ on Wiki includes, However, the word began to be used as an insult and became a term of abuse used to imply stupidity or physical ineptness: one who is uncoordinated or incompetent, or a fool.[4] It was often colloquially abbreviated to shorter forms such as “spaz”. 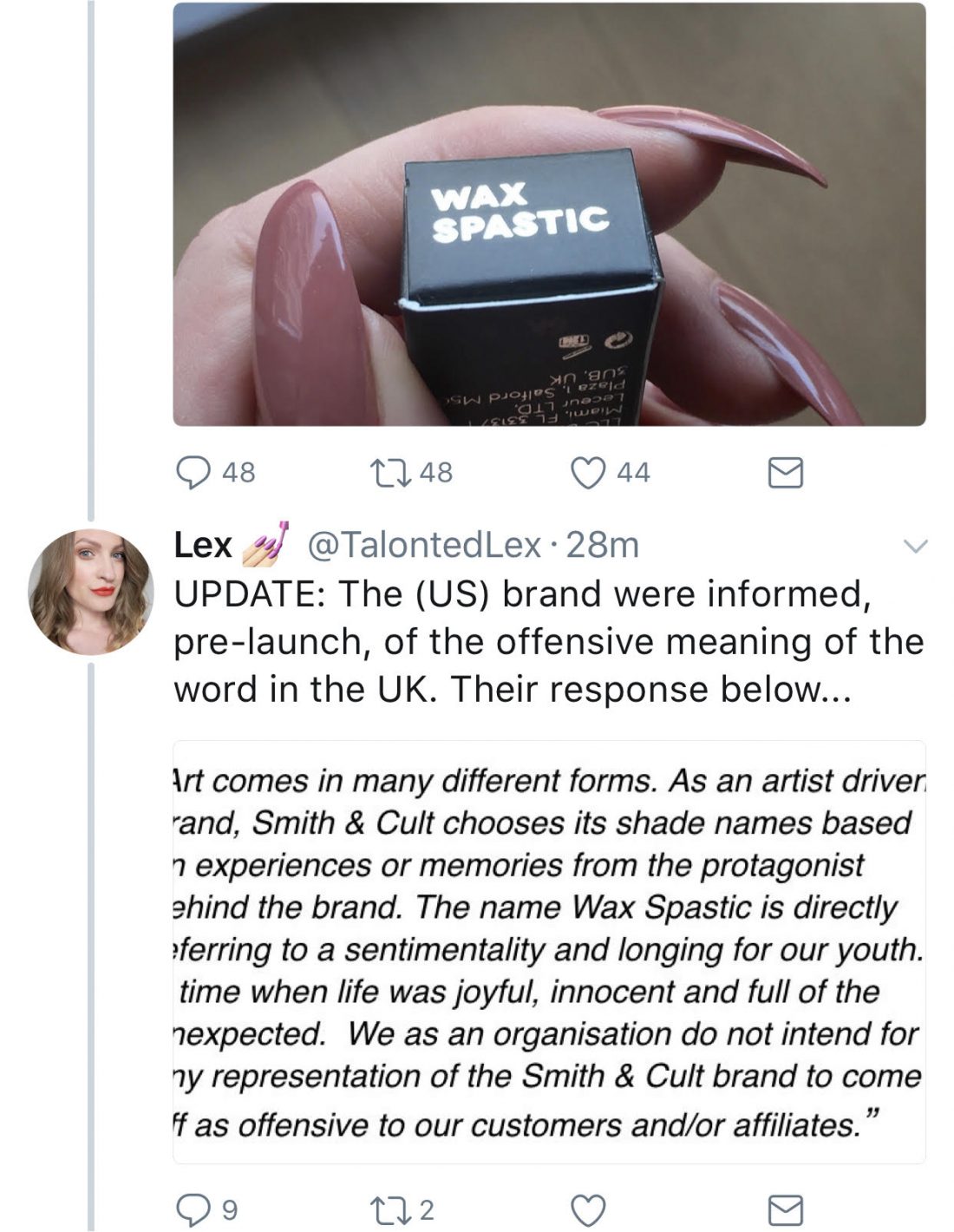 Smith & Cult’s defense is that they’re an artistic brand that used the word because ‘art comes in many forms… as an artistic brand, Smith & Cult chooses its shade names based on experiences or memories from the protagonist behind the brand… the name Wax Spastic is directly referring to a sentimentality and longing for our youth’. They go on to say they don’t intend to ‘come off as offensive’. Yes, yes you did. You knew it and thought artistic license in naming an eye liner would somehow see you through it. 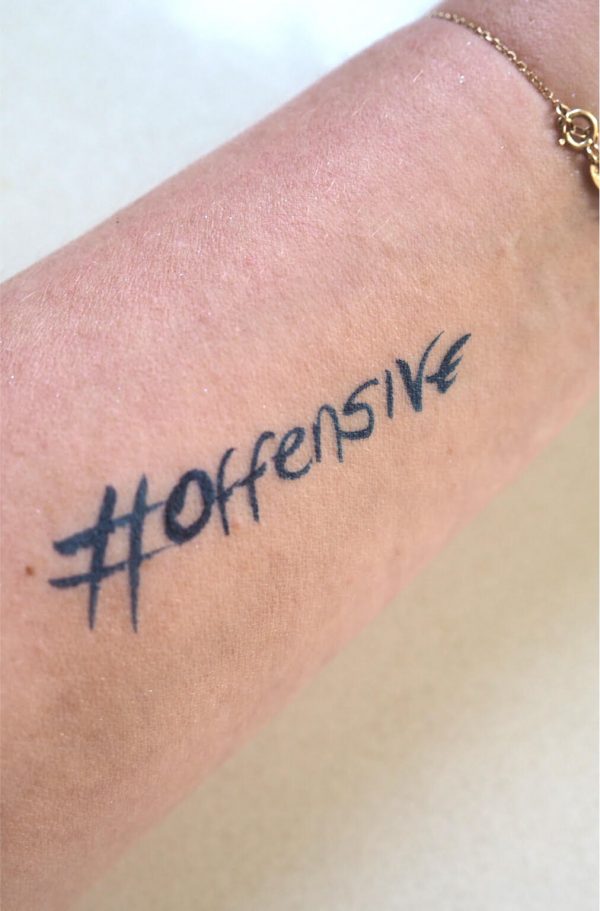 When brands get so inward looking that something like this seems like an amusing idea as part of a wider creative, it’s time for that brand to take a long old look at themselves. I feel embarrassed for them to be honest, just when I thought they’d started to do more interesting things. Cerebral Palsy is a horrid, life limiting condition where people truly suffer. There never was anything whimsical or sentimental about it: it was as debilitating when it was known as being ‘spastic’ as it is know by its current name. I’m so angry about this when disabled people fight day and night for equality and recognition and not to be defined by a condition but to be an accepted and integrated part of society, and a beauty brand uses such nonsense for an eyeliner. Literally embarrassed.

I think the main stockists, Cult Beauty and Net a Porter need to take a look at it too – it’s as inappropriate for them to be selling it as it is that it exists in the first place. If they didn’t spot it at the buying stage, they know it now. If they did spot it and thought it was fine.. well.. what to say? Do leave your thoughts. Lex’s blog, by the way, is HERE and it’s awesome. I’m sure she will have plenty to say herself so do follow.

As an update (the following day): the brand has apologised unreservedly and removed the product from sale.