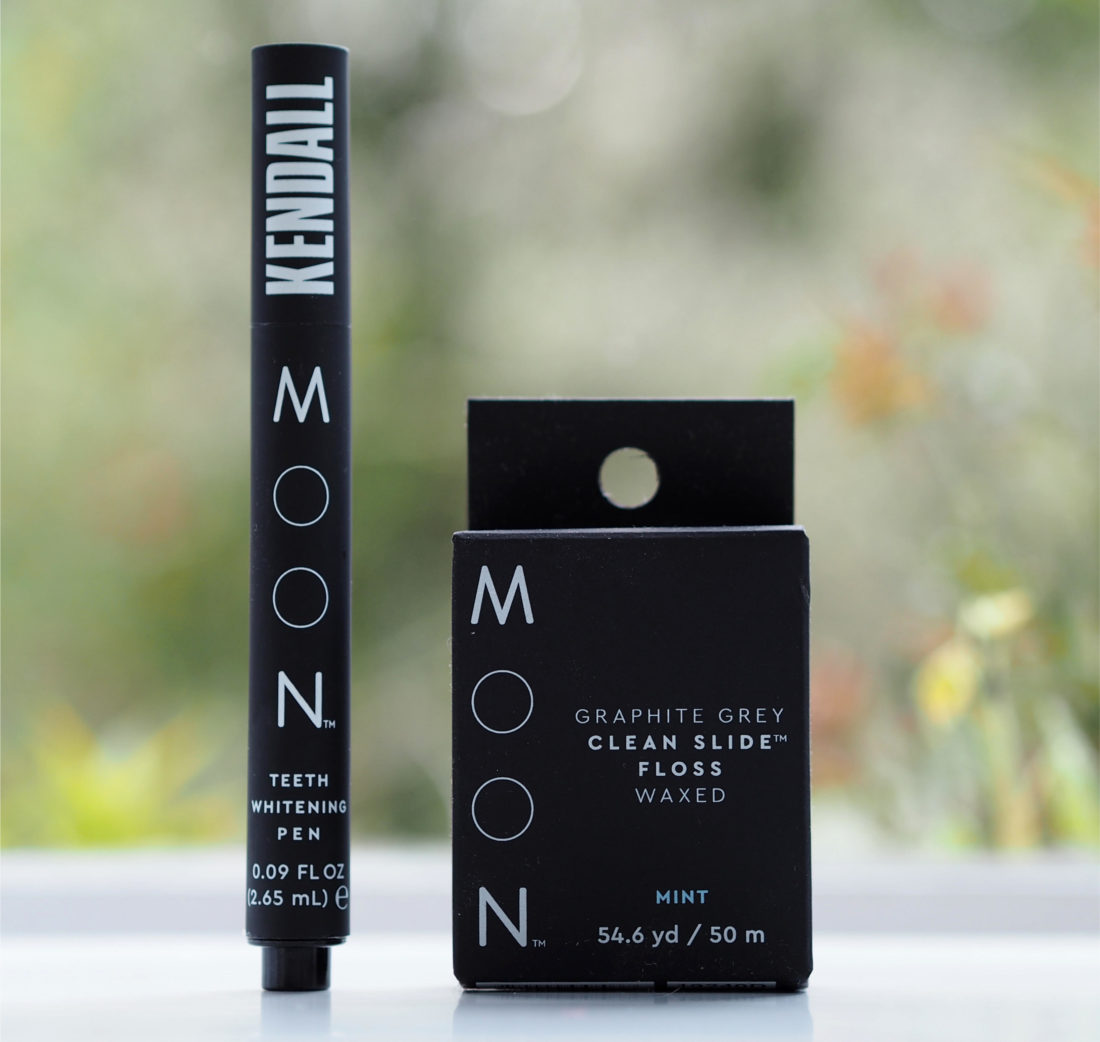 [unpaid/samples] Kendall Jenner’s products are an unlikely post for me – but the Moon Oral Care brand is really quite interesting in highlighting how much oral care has changed, and in fact, Kendall isn’t an investor in the brand (according to Bazaar.com) I mean, I think this looks really edgy and the sort of thing I’d expect to find amongst luxury hotel amenities rather than in the aisles of Boots.

I haven’t tested the teeth whitening pen because I’m currently testing Uchenna’s forthcoming pen so there would be no way to tell which is doing what, but Moon’s is a mint-vanilla (I mean, my two least favourite flavours) which show a move away from anything oral care having to be a blast of full-on mint. It’s giving a different flavour profile to a very traditional marketplace. Flavoured toothpastes aren’t new but it’s still a very niche area other than for children. As early as 2014, Crest created a mint-chocolate flavour which was discontinued (quite rightly – mint and chocolate should never be together imho) and I don’t think I’ve seen any of the ‘big’ manufacturers produce flavours as standard. Mind you, I’m not looking often.

In 2008, a Japanese company produced a palette of 31 flavours including Monkey Banana, Tropical Pine and White Peach, which was destined for the European market but the only place you can get them is the Japan Store which suggests that it didn’t succeed in either arriving or staying, I’m not sure which. So perhaps we are a particularly difficult market to move on from regular mint. As you can see, Moon’s floss is mint – and also grey because there is no real reason that floss has to be white. I think if you are particular about your environment and want a minimalist look for your day to day products, Moon fits right in along the lines of upgrading the ordinary which has been a lock down trend – the whitening pen is £19.99. Formula-wise, the pen uses an anti-oxidant mix using fruit acids as the ‘whitening’ element. Experts are very much divided about whether this is an adequate form of whitening but it would probably work best for those who already have had their teeth whitened and want to keep them at a similar level over time rather than going from a heavy-stain base. You can find Moon HERE.