Where All The Angry People Are 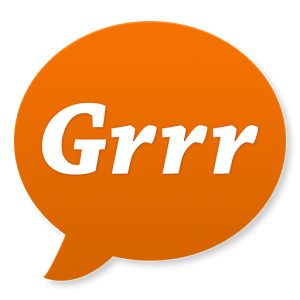 In the past couple of weeks, I’ve met a lot of angry people. I mean, we all get angry, but it’s disproportionate currently and mainly focussed around social media and how it’s playing out in beauty.

So, I’ve been thinking about how to capture the zeitgeist – how many of these features I write that never see the light of day because I don’t think I’ve quite got it – and I guess the best way might be to address the questions and statements I’ve heard – the points that are at the top of the beauty industry background conversations.

Asked by a dear PR friend, frustrated and fed up that her brands aren’t getting the traction they feel they deserve. When I pointed out that they DO exist but aren’t necessarily receptive to old messaging (talking you down to sell you up) and you won’t find them on Snapchat either, she nodded in agreement. But the brands don’t want to listen. Anti-ageing brands want to keep on selling the same old, same old, based on how dreadful we look and our faces need fixing or curing in some way – they can’t envisage a ‘Glossier’ style future for stylish, amazing women who don’t want to perpetually stay in their 30’s. So, she keeps on being asked by brands stuck in the dark ages to find 40+ women who are on platforms inhabited by 20 year olds who will ‘sell’ their products to other 40+ women who aren’t on those platforms either.

A massive misunderstanding by brands is that content creators are there to flog products. There are only a handful of ‘influencers’ in the UK that can really sell a product out on the back of a You Tube video or an Instagram post. The majority of the beauty influencers will sometimes give you a sales boost and sometimes won’t. I’ve heard stories of brands ordering extra stock because of a forthcoming post/vlog/gram and then selling more or less nothing. And they paid £20K for the privilege. The influencer led beauty ‘sell out’ is a myth borne of a few lucky circumstances, with only a handful of exceptions. Also bear in mind that a ‘sell out’ can happen when there’s hardly any stock – it still sounds mightily impressive but the numbers and the words don’t match. That said, any day of the week, print gurus, India Knight and Sali Hughes can sell a product out within the hour without ever having been anywhere near You Tube or Instagram.

When big brands switched up their thinking and decided to pay for ‘organic’ coverage with content creators, they did the industry the biggest disservice. They put paid to ‘honest’ posting while guaranteeing coverage that nobody believed in. A few great campaigns have seen a huge uplift in sales for products, but mostly it’s like standing in front of a darts board and hoping to hit the bullseye every time. It just doesn’t happen. But, by the time the spin has been put on, a few stats produced and a lot of back clapping has happened, it looks to other brands – and content creators AND consumers – that it’s a workable method. Only time will tell whether using bloggers as billboards will work long term. In the meantime, PRs are stuck telling their clients with no budget not to spend the little bit they have all on one ‘influencer’ who isn’t in their target market anyway. PRs spend all their time advising brands, no, don’t do this, and the brand says, but we want to anyway. And then of course, whose fault is it when the campaign doesn’t bring results? As a side note, spare a thought for the content creators, plucked from cyber obscurity to become an edgy and new ‘face’ only to reach the end of the brand’s conveyor belt and are never heard of again. That conveyor belt has never been running as fast as it is now.

But Nobody Wants To Hear From Older Women…

The industry as it was is growing up – what you tend to see on social is all the younger faces but not the army of older faces who keep the wheels turning. A conversation today with a very well-regarded and highly talented beauty writer revealed that she is thinking of giving it up, that nobody wants to hear what she has to say. They do, they do, they do! Expertise is something that everyone admires; advice is something most of us crave and god knows, a little encouragement is welcome any day of the week. She provides ALLLLLL of that. We’re very much more progressive in how we think of age: I keep seeing stylish, sassy older women with powerhouse energy levels and kick-ass shoes being dynamic and awesome every day. But they don’t feel relevant. Beauty brands want to sell to them or engage with them so that they’ll engage the brand with their readers/viewers but don’t know how to talk to them. So the women turn their backs and walk straight into Zara and spend that face cream money on an insanely lovely coat instead. Well done beauty brands.

But We Sent Them Free Products..

This rankles with everyone – the notion by brands that a free product means free exposure. Other content creators get angry because to them, it is a good exchange, brands get angry because bloggers are literally there to give them coverage, right? And people like me get angry because we didn’t ask for the product in the first place and we still get shirty emails from PRs under enormous pressure from brands because we didn’t choose to write about it. We’re not sweetie machines that you pop a penny into and get whole cup full of M&Ms! Consider sites or channels where there might be editorial integrity or decision making – that women with their own channels, regardless of age, can make decisions about what is and what is not right for their audience. That we don’t treat our audience as a panting gang of shoppers – we talk to them in a way that you cannot and sometime that means making decisions about what we want to say and how we wish to say it. I’ll pop some context around this. I use a particular beauty site – not often but occasionally – as a good place to buy certain products so when I provide a link sometimes it goes to site X. Checking on my affiliate sites (which give graphs to tell you how many people clicked, how many products were bought and how much money the site earned, as well as affiliate earnings) I spotted that over a few months I had sent approximately £5K in sales to that site. When I mentioned that perhaps we could look at doing some paid for posts, they were literally outraged; shocked even, that I’d asked. My affiliate earnings on that amount were roughly £200-300. I very rarely point any links to that site now. It’s about being respectful of each other I think – harmonious working only comes from that.

But There’s No Place For PR Now..

This is SO not true! There is more longing for (good) PRs than there has ever been. Brands are on a side track right now where they’ve devalued PR in favour of marketing forgetting that popularity of beauty is where it is now thanks to the people skills of PRs, not thanks to the marketing departments who swooped in at the last moment to take the winner’s cup. It makes little sense to outreach in the way it’s being done now and it is so ineffective for huge swathes of content creators that I can’t believe it won’t switch back. Many of the PRs I meet feel worn down by not being able to do the jobs they’re qualified to do and skilled at doing. Equally, many PRs I meet now think that good PR is putting a product in an envelope with no release, price or context and posting it in a letter box. It’s another example of how brands have forgotten how to speak to us.

I could go on, and on and on. I haven’t even covered the readers/viewers that feel over it and swamped with beauty information in a noisy, hysterical chain of glossy, affiliate linked, buy-me shouting (advent calendars, anyone?) and just frankly exhausted by the never ending deluge of new beauty products. Not touched on the content creators who think it’s okay to tell everyone they neeeeeed everything when nobody neeeeeds it, not really. The lack of tempering, of balance, of realising it’s only mascara and the world won’t stop if 300 lipsticks don’t fall out of your make up bag when you open it and about how too much isn’t seducing, it’s sedating.

Home › Article › Where All The Angry People Are