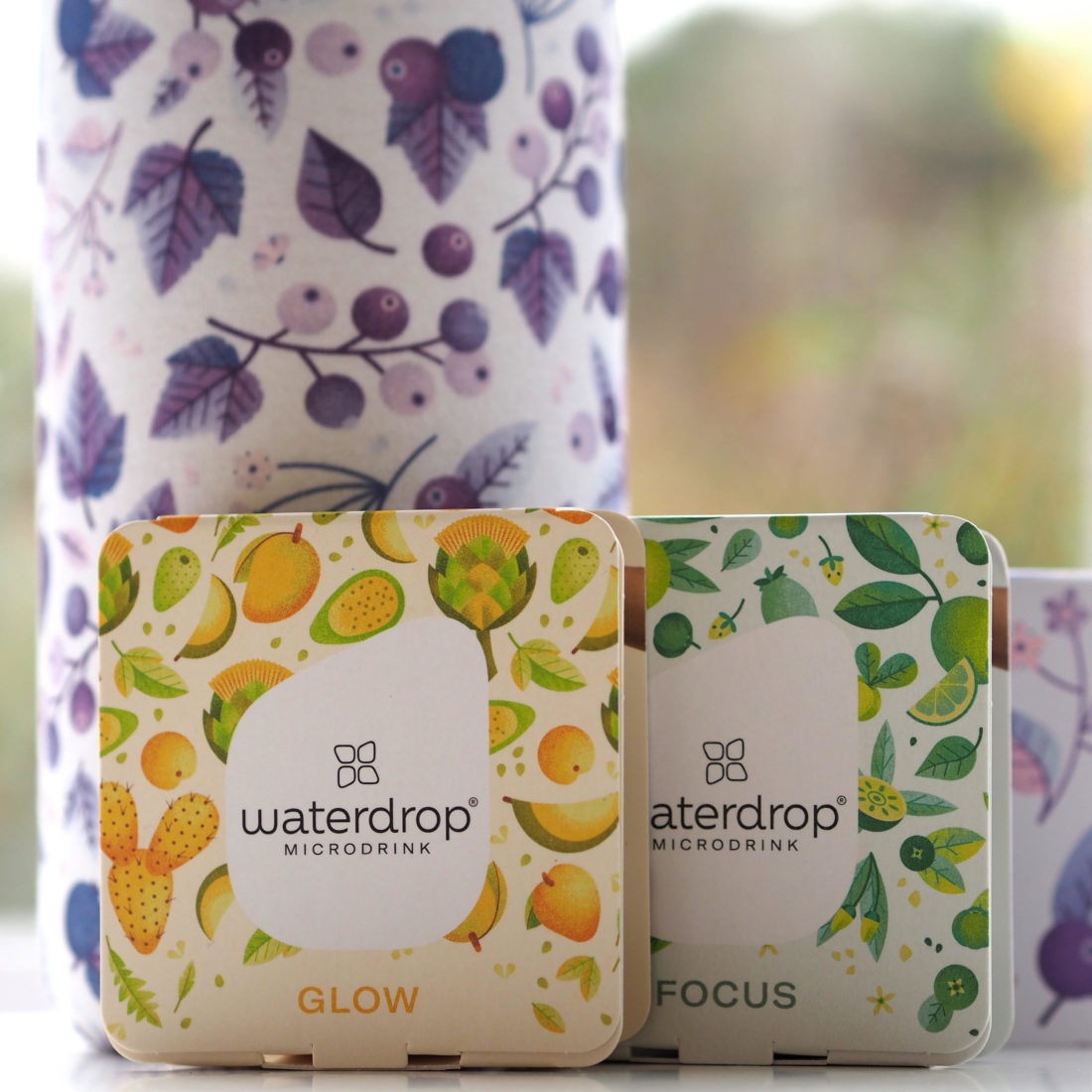 [unpaid/sample] A lot of Waterdrop makes perfect sense. If you’re a regular buyer of flavoured waters, fizzies or fruit juices, the fact that you can flavour your own plain tap water with a cube of dried botanical extracts that dissolves in moments saves a monumental amount a) plastic and b) transportation pollution.

I know the biggest question is why not just drink more plain water, but there are loads of us who don’t sip at plain water through the day but just leave it to quench thirst when strictly necessary and that’s mainly because there isn’t a flavour incentive. I got a soda stream a couple of years ago because I love fizzy water and as a result of that, drink more every single day than I did before I had it so I know incentives work on that front. I do need to say that I find adding a cube to fizzy water kills the fizz a bit (a lot) so have to put it in still and then fizz up in the soda stream bottle. Years ago I was in a spa in California and they had a big jug of water with loads of sliced apple in it. It looked delicious but it was the most disappointing drink of my life! It was horrible. Waterdrop concentrates flavour in a way that gives water a bit of body and infinitely more successfully than dropping bits of fruit in water and waiting for the steep.

The cubes give your water a bit of interest – it’s still water-ish but with something pleasantly fruity in the back ground. I want to say it’s like very weak squash but it isn’t quite. The one I like best (I hate myself for it) is Youth because it’s a peachy-ginger-ish taste. I also like the fact that with the extracts you also get vitamins in a way that feels a lot more appealing than squash although it’s not really clear how much benefit that might offer. For example, the packs are labelled with words such as Youth, Clean and Glow which implies those are benefits that might come from drinking the water but there’s nothing at all to back up those implications or at what level you might be more youthful, clean or glowy. It’s also a rather expensive way to hydrate with 18 pods in six packs costing £13.90 – I haven’t done the maths on how it compares to squash or bottled flavours but I do know that water from the tap is (almost) free. I’ve sated my curiosity on this – I do like them and would probably buy more in the same way as occasionally I buy flavoured tea – I could easily see myself chucking a pack in the basket at checkout if they were situated there. It’s a thing that if it helps you drink more water (and as I write I have a bottle by me whereas normally, other than in mid summer, I wouldn’t) then it’s all to the good, but if you like water and feel your supplies are enough, then it’s not for you. I think they’re the kind of things that you’ll find on your coffee/tea station in hotels and in office lobbies – I can really see them taking off in that way when we are all back to where we were. You can see more about Waterdrop HERE.