Vloggers and The ASA 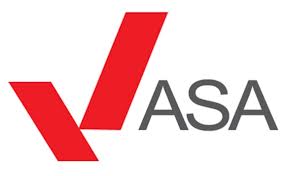 I’m sure there has been a lot written on the recent ruling by the Advertising Standards Authority that vloggers must declare whether video content is paid for already, but thought it might be interesting to spell it out for anyone who hasn’t caught up with the latest news.

I think everyone who watches You Tube videos will appreciate that vloggers and bloggers do now have a commercial arm. As long as I’m not sending out sponsored content too often, I find that readers do tolerate them well, and personally, I don’t take any sponsorship unless I feel I have something useful to say about the product. But, where things get really tricky for vloggers is when the entire video isn’t sponsored, but maybe will feature one product that is – in amongst many than aren’t.

Crucially, a declaration may not be used DURING the video – it must be obvious BEFORE a viewer clicks on the video. So, by using a ‘Sponsored’ or ‘Promoted’ tag, you are making it abundantly clear that there is paid for content within the video.

It’s going to mean that sponsored vlogs are done in an entirely different way, and it will have to be clearly differentiated what is and what isn’t sponsored.

If you’ve been in the blogosphere for a while either as a blogger or as a reader, you’ll probably know those who do sneak in undeclared sponsored content, and those who don’t (and the same for blogs). It’s never all that hard to tell. But it’s a difficult situation for those who want to talk about a multitude of products or topics or who go off topic during their videos. Viewers will always have a little nagging doubt in their minds whether that lollipop (or whatever) that appeared in the middle of a hair video was just random, or paid for.

With a blog, you put that your sponsored content is such at the end of a post, clearly marked. There isn’t that option for vloggers. I think it’s quite a harsh ruling to be honest – if vloggers are happy to say in the middle of their video that a product is sponsored, that would be enough for me.

However, the ASA has to investigate every single complaint, and I worry that there may be a deluge of complaints – this entire ruling has come about from one single BBC journalist making a formal complaint. Anyone can complain or send concerns to the ASA.

So, why would you not declare something as sponsored? That’s complicated. Brands often put pressure in a very competitive environment for vloggers (and bloggers) to just ‘forget’ to mention the sponsorship, although I’ve also heard it the other way around where vloggers have refused to say that something is sponsored and have had to have their contracts re-written by the brands to force the situation.

I think losing trust of readers is something that we all worry about – no matter where your little share of cyberspace is. But feeling that by saying you are being paid, viewers might like your videos less or watch them less or not trust you any more is a legitimate worry. YouTube is still a very new thing with a mainly under age 30 audience – everyone is still learning and it’s a transition phase at the moment. I don’t think anyone should be ashamed of taking sponsored content – the huge vlogs wouldn’t exist in their current formats without it and millions of views say that would be disappointing for many viewers. So, it’s a chicken and egg situation. I will just say though that if declaring had been standard from the beginning, then it would feel entirely normal by now. Blogs were picked up on declaring sponsored content well over two years ago.

But, if fewer people watch a vlog because it’s sponsored, then that’s just a welcome into the world of media – it’s what happens every time we flick past an ad in a mag, go and make a cup of tea in the TV ad breaks or barely look up at billboards. It will create a natural filter. However, that isn’t a bad thing – there might be less viewers but those that are viewing are doing so because they actively want to engage with the brand via the vlogger. An engaged audience is worth its weight in gold.

One word of warning though; there are loopholes on both vlogs and blogs. Contracts can be worded differently so that the vlogs or blogs themselves are not paid for but a ‘consultancy’ fee is. Therefore, if the contract states that the only paid for activity is in-office creative, for example, then the social media content can remain unwritten and a matter of trust between the vlogger/blogger and the brands.

Todays vloggers are pioneering this new form of media – a few bumps along the road are to be expected. If you have ambitions to vlog or are already doing so, it’s worth reading the CAP Code here so you know exactly what you can and can’t do to stay within the law.

It’s also mandatory for blogs/instagrams/tweets to be declared as sponsored if you have received money to talk about a product. At this stage, samples of product don’t count as ‘payment’ but you might want to label things as a PR Sample. I don’t do it yet – I have it clearly stated in the About Me Section instead, but I think as things go along this will also become mandatory.

Home › Article › Vloggers and The ASA