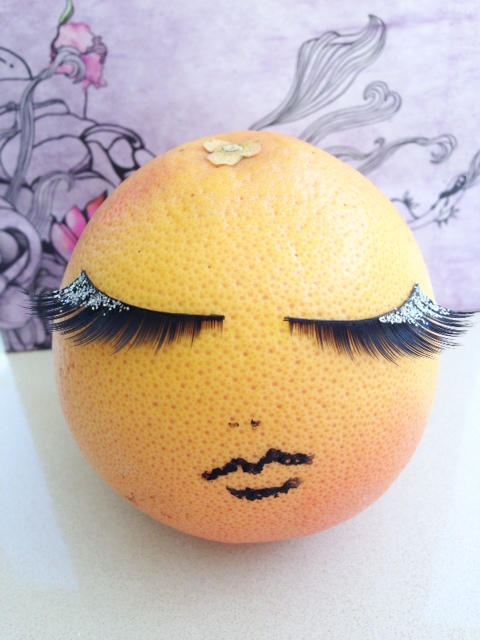 Clearly an issue with pores for poor Grapefruit-Elizabeth, my newest fruit model (if you aren’t a regular BBB reader, don’t worry… no really, don’t worry). However, what’s not an issue is her lashes because she is modelling the newcomers from Urban Decay, Glitter Dip.

Along with.. Trap and Bait (oh, are these good names? I’m thinking they’re doing nothing for the feminism movement). All I can say about these is that they are thick, ultra long and will give you the lashiest eyes ever!

The biggie though, in terms of Urban Decay launches, is Perversion Mascara, which is I think Urban Decay’s answer to Benefit’s They’re Real. It’s going to be very interesting to see if Perversion can knock They’re Real off their best selling spot. Time will tell. If you love super-black, false-lash thick lashes, then this one is for you. I’m a huge fan of the black Perversion liner – along with my Charlotte Tilbury Rock N Khol, it’s in almost daily use – I rarely use anything other than those two nowadays. But Urban Decay Perversion Mascara is designed to be as black and impactful as Perversion liner with no clumping and no complex manoeuvre a la Lancome Grandiose.