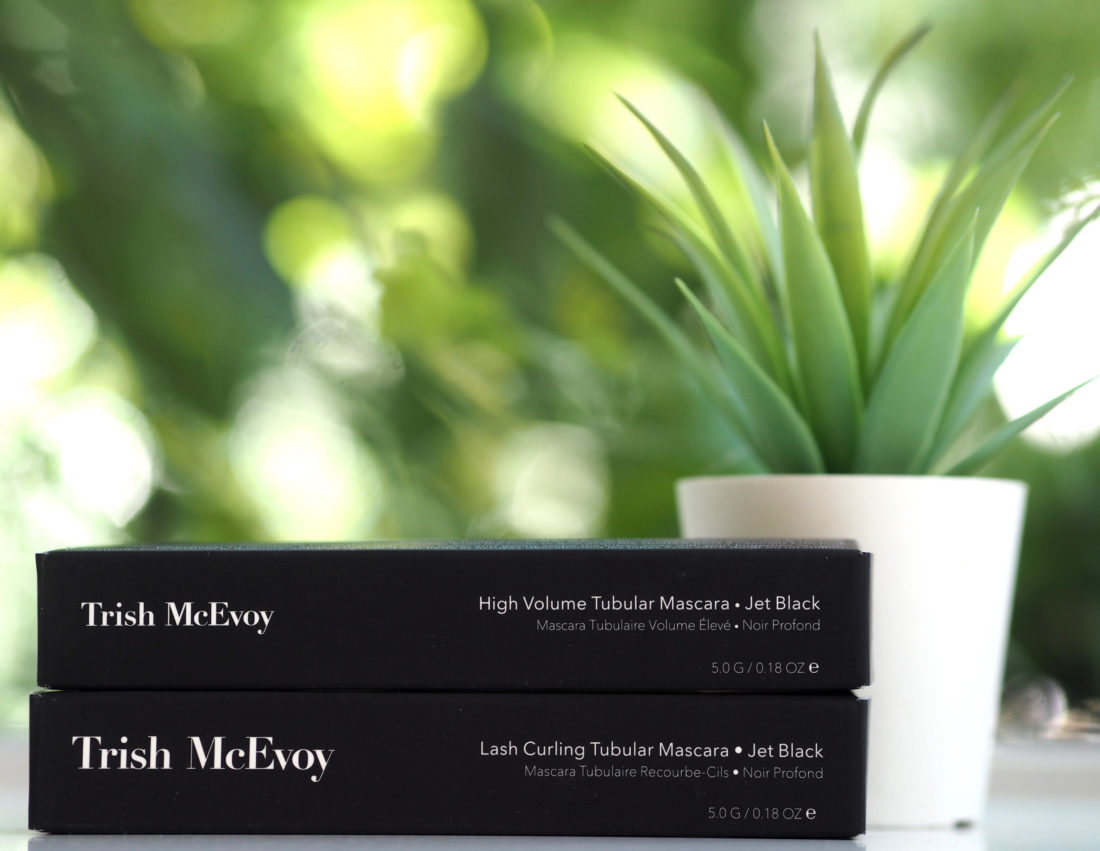 [unpaid/sample/affiliate/ad] This is a very timely reminder of Trish’s tubing mascaras – a topic that’s come up frequently over the past few weeks. I think I’ve really put the High Volume Tubing Mascara to the test today because I spent the morning at Covent Garden having a couple of meetings on the hottest of hot days. Add a very sweaty train journey into central London and a bit of rushing at the other end because the train was late and the only things that looked pristine in the boiling, crumpled mess that was me was my lashes.

You get a nicely fluffy and dark lash line although I think I would say that it stops short of being a ‘dramatic’ lash but you can layer to your heart’s content. It’s good for shorter lash hairs too thanks to the skinny brush that gets under the line very easily for you to pull through. But, there wasn’t a speck or a smudge despite the circumstances.

The other option in tubing mascara is the Lash Curling Tubular Mascara which has a bigger brush – in fact, I got the two muddled because I thought the volumiser would have the bigger brush and the curling the smaller. It’s a better option, I think, for longer lashes that don’t want to lift than for short ones. It does give lift and if you have poker straight lashes you will (almost certainly) see some rise if not actually a curl. I wonder if the tubing formula is a bit stiffer and holds better than regular mascaras although I must admit my lashes don’t feel crispy at all. To take off tubing mascaras, you just use warm water on a cloth (those little washable circular cotton pads are ideal), put it to the lash and sort of sweep down your lashes towards your cheeks in almost a reverse action to the way the mascara went on. The mascara comes away easily although you might need to do it a couple of times. They’re harder to source than you might think (Liberty is out of stock) but Harvey Nichols has both HERE. They’re £22.50 each. Non-affiliate HERE.