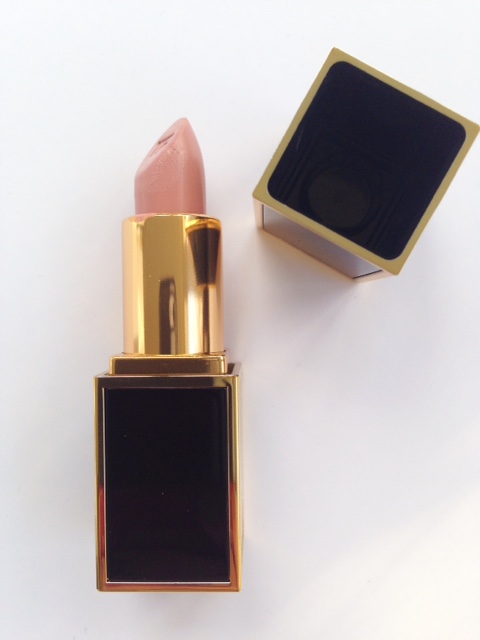 I have to admit that I have a tempestuous relationship with the Tom Ford brand. I rather gave up on the brand because TF always had to be called Mr Ford – I probably wouldn’t have objected in the same way if we’d always called Estee Lauder Mrs Lauder. Or Bobbi, Mrs Brown, and so on. But we didn’t and still don’t. My view is that respect is there to be earned, not given and if you demand such a thing, it often has the opposite effect. Premium never has to mean patronising.

However, I did love the thinking behind the Tom Ford Lips & Boys collection – a mini lipstick collection (and I love anything mini) named for men in Tom Ford’s past and present and it’s been a long time since I’ve been interested in anything TF. I just don’t buy the hype. I’ve popped Beau next to one of Charlotte Tilbury’s lipsticks for a size reference. I bought Beau myself via Selfridges on the one-day purchase before they go on general release on 25th December.

So, can spending the best part of £30 on a 2 gram lipstick ever be worth it? There’s no doubt that they’re beautiful – especially if you love tiny things like I do. The formula is very sleek and silky with fulsome coverage but it doesn’t have exceptional last. This shade – typically – wasn’t right for me; it’s just a little bit too pale but I might get away with in summer when my skin isn’t so pasty. But, you know.. I see the attraction. The Tom Ford Lips & Boys does feel rather special; it does feel glamorous, infinitely elegant and as though you have something very luxurious. Bearing in mind I’ve been away from the brand totally for two years so I haven’t really been swayed by PR or marketing hype and I still feel I have something special – that’s quite an achievement. But, I wouldn’t buy another. One is plenty to satisfy my small-and-beautiful craving – the lipsticks themselves just aren’t different enough unless you’re an avid Tom Ford – excuse me, MR Ford, fan – you might as well spend a tenner less on a really good Estee Lauder lippie.

If budget is no object, then pile em up! I love to see any lipsticks done differently, whether it’s in the marketing or in the manufacturing and on that alone, I’m pleased to have mine. But, I don’t need any more.