The Merchant of Venice Vinegia 21 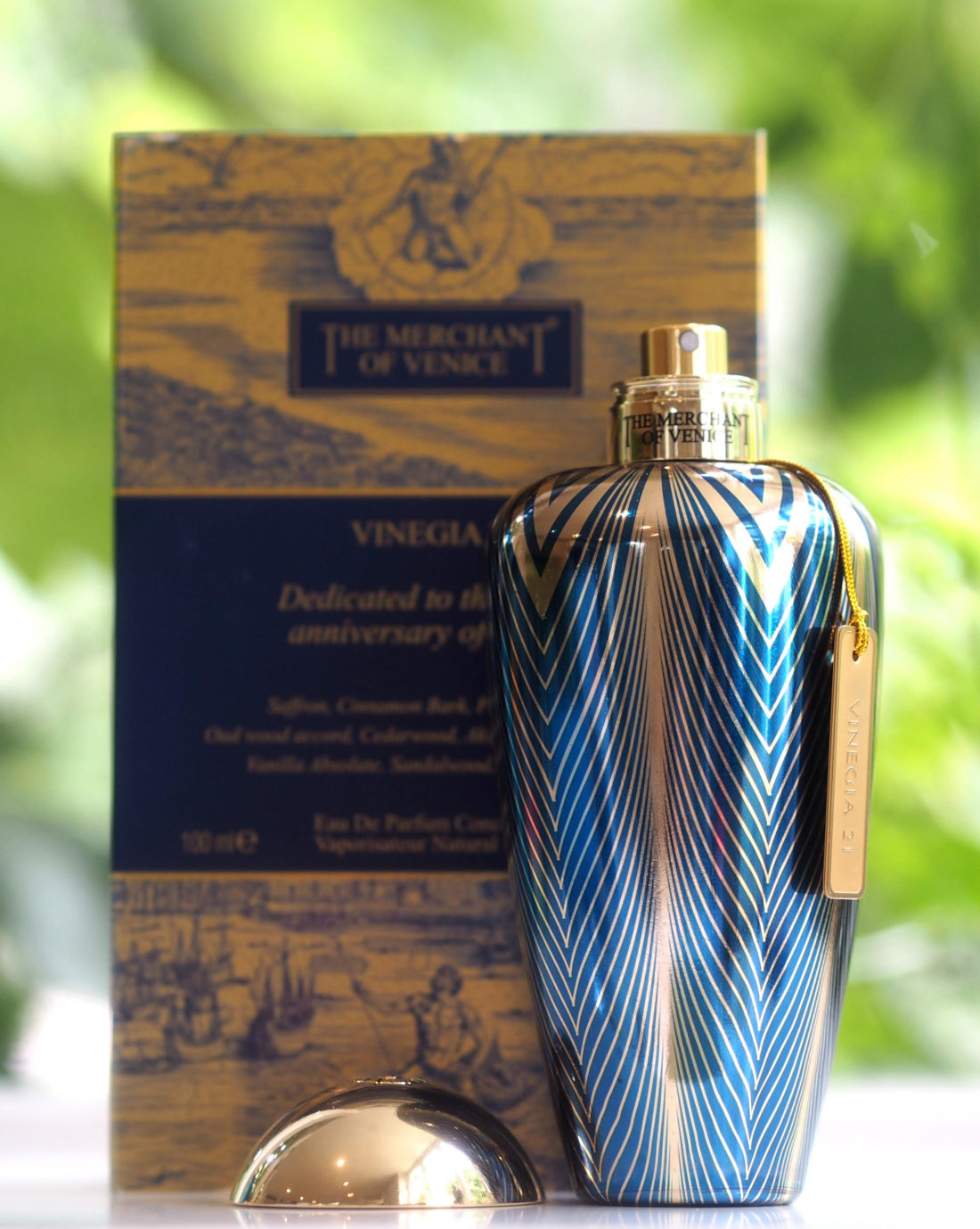 [unpaid/sample/affiliate/ad] When we went to Florence last year in that tiny window of travel, I noticed that The Merchant of Venice brand was everywhere. It reminded me that I’d seen it in Milan the year before (or perhaps the one before that… I’m losing track) so the fact that it’s exclusive to Harrods in the UK explains why we just don’t see it as much as we should. It’s very much a brand for fragrance lovers – complex, opulent and mesmerising. This particular fragrance, Vinegia 21, is a celebration of the 1600 birthday of Venice, so I’ve had a bit of a history lesson as well as a fragrant one.

Visually, all The Merchant of Venice bottles are stunning but this pays particular attention to Murano, notable for fine glass making and gothic Venetian style. I’ve been to Venice many times but this is the first time I’ve paid attention to the history. The foundation of the city dates back to 25th of March 421 apparently, when the first stone was laid to begin building the settlement later to become the city of Venice.  I mean, bear in mind that nobody is precisely sure, but it’s the closest that historians can get and 25th March is symbolic for the inhabitants.

As a descendent of one of twelve founding families, Marco Vidal, CEO of The Merchant of Venice, has created Vinegia 21 to celebrate Venice (Vinegia is the original name for Venezia). And it is a olfactory letter to Venice of old – smoky, rich and decadent. Once Venetian merchants had access to spice routes (in around 1100), the city became mad for pepper, apparently, as well as other spices to flavour their food and attend to their health needs. Pepper was thought to be a powerful aphrodisiac (what about the sneezing?!) but you could expect to find ginger and cinnamon in high demand, too. All were extremely expensive. So, there’s a reflection of that important trade in Vinegia 21 with saffron, cinnamon and vanilla notes amongst the woods (oud, cedarwood, sandalwood and akingalawood).

The voluptuousness of the notes are a beautiful fit for another inspiration – fabrics. Whether silks, brocades or velvets, Venice was known for its textile art and had strong trading links with Byzantium, where silk was initially processed. By the 1400s, the most popular textile was afigurado, a type of velvet with oriental elements – in fact, oriental embellishments feature highly in the evolution of textile patterns in Venice. I find Vinegia 21 very smoky and woody, sweet and creamy with vanilla but also high on incense and myrhh although I feel I’ve missed the praline accord. This is a dark night fragrance to me – I can’t explain it any other way – I thought of lit candles in the dark when I first smelled it so I’m staying with that although I also think of it as a fragrance banquet because there’s an anticipatory element to it. Go very light if you only want a snack and go all in if it’s the full 12 courses you need. Venegia 21 is part of the Murano Exclusive collection and the price reflects that at £250 HERE.