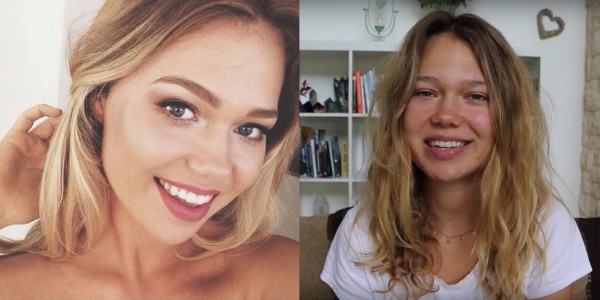 We all know this girl! If not precisely Essena O’Neill (an Australian teenager with over 500K followers on Instagram, who recently deleted her account and started a brand new one giving the truth behind the pictures), then a myriad of similar Instagirls whose pictures don’t tell the full story.

Essena just had a lightbulb moment. She blew the whistle on those carefully curated, multi-filtered pictures of herself that made ‘real’ girls weep with envy for such a body. She revealed how many shots it takes and how many filter apps are needed to make her seem complexion-perfect with intense eye colour and naturally groomed, shiny hair. She reveals how much she was paid for shots, whether products featured were free and how she felt at the time of shooting. Essena creates an emotional picture of being panicked into perfection that all of us can relate to.

There is an addictive pleasure to filtering Instagram pictures of yourself (as someone who posts virtually no selfies, it doesn’t mean that I don’t have a practice from time to time!). I can be 20 years younger with the help of one app, gloriously blurred and glowy with another, and give myself chiselled cheekbones with another. I can obliterate my dark circles (comments on those on YT range from, “she looks so tired” to “omg, have you seen those dark circles, they’re awful”), I can smooth out any skin creases (“she’s so sour and old looking”) or I can miraculously add the extra 2 inches to my legs that I’ve wanted all my life. None of this changes the other side of the lense. It is what it is! One of the most curious things about social media is how people are unable to filter themselves when it comes to personal remarks.

The problem with Instagram life is that no matter how perfect you make yourself, there is still real life to deal with. When it comes to bloggers and vloggers, beauty brands will always choose the perfected version of influencers they work with, which only exacerbates the desire of anyone on social media to give an unrealistic version of themselves. I’ve noticed that self-tan brands are the biggest offenders in beauty world at promoting and encouraging unrealistic body image pictures. There is one brand that is banned forever from my site for an Instagram account that borders on ‘thinspiration’.

Essena’s new account is called InstagramIsNotRealLife (@essenaoneill) where she tells the truth behind the pictures on her old account, and her new site is called Let’s Be Game Changers. Oh, and her YouTube about how money is made on social media is an eye opening watch. It’s long, but worth making a coffee and settling down for. Essena’s move is important. She’s one of the first teen influencers to be pushing for change and encouraging independent thought rather than following the flock. Whether others follow is anyone’s guess but we’re looking at existing and forthcoming generations whose entire self-worth is built on the validation of an app. Disruptors of similar generations are few and far between which is why Essena’s words are so crucial right now.

She was that girl; now she’s her own girl.