Sweaty-Gate Is Not The Full Story 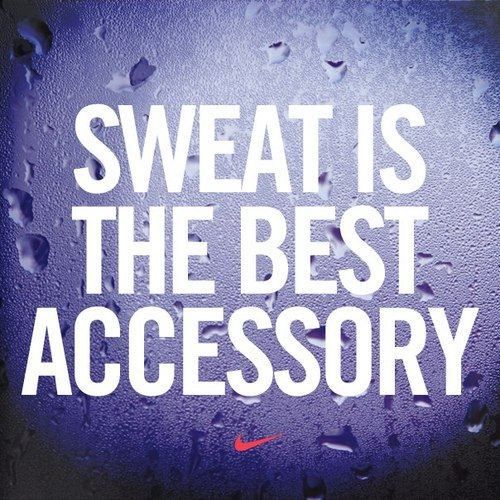 The industry is calling it the ‘sweaty-gate scandal’ – a PR agency has been struck off the PRCA (Public Relations Consultants Association) register; something so rare that the last time it happened was a decade ago. To cut a long story short, the agency placed a story in a national newspaper about a woman with a chronic sweating problem that had been virtually eradicated by one of their clients’ products. As it turned out, the woman was an agency employee, and that was not made clear. In typical headline fashion, “Woman forced to take MONTHS off work due to excessive sweating condition” was what appeared.

I’ve posted on this before, but the bottom line is that PR has changed beyond recognition in the beauty industry. The hard facts here are that sweaty-gate is not an uncommon story; this has happened for years and we all know it. The difference now is that PR agencies have evolved from small, bespoke agencies into PR supermarkets churning out substandard, cut-price PR to anyone who’ll take it. It is such a competitive market that it would not surprise me in the least if it was another agency that reported sweaty-gate. A couple of years ago, tipped off by PR who recognised her own ex-intern in the guise of a ‘fashion buyer for a high street chain’ claiming her breasts had grown a size thanks to a beauty cream, I challenged the newspaper concerned and told them that the ‘buyer’ was really a PR at the agency who repped the beauty cream. They were not at all interested (although the agency subsequently lost the account). I had the agency owner screaming down the phone asking how I could accuse her of such a dreadful thing while I had the Facebook page of the PR concerned up, clearly stating she worked in PR. The newspaper didn’t want to know. So, thousands of women may have bought that cream and really might as well have just grabbed a couple of tenners and thrown them out of the window.

If these stories tell us anything, it’s how much strain individuals in the industry are under. I know of a large high street chain that ‘persuades’ brands to leave their current agency and join one of their choosing. If you’re a small agency losing clients because brands feel they have no choice but to leave and go to the chain’s favoured agency, what chance do you have? Bigger agencies undercut and undercut to the point that they’re making virtually no profit on some brands but the brands carry enough weight they’re kept for kudos. That means junior PRs scurrying around desperately trying to service clients that don’t pay as well as the ones that do. I do not know a single PR that doesn’t feel exhausted and debilitated right now. Most of the PRs I know work more or less a double day, every day.

I have seen PRs quite literally emotionally broken by agency owners that don’t know how to say no and brands that have enormously unrealistic expectations that were never managed effectively from the beginning. But that’s the problem – for all the decent agencies that can, and do, recognise that some brands will never be happy no matter what they do, and won’t see their staff run ragged and working all the hours of the day, there are too many that will.  And then they get desperate, and sweaty-gate happens.

I get invited to many events (I attend very few because you can’t run a blog/Instagram/twitter/periscope/facebook if you’re out all the time) and it’s extremely disheartening to discover that you’re only there as a tick-box exercise so the agency can prove to the client that their event was popular. What happened to events being about the products, about the relationship building? If a brand demands of the agency that there are certain people they want to turn up, and the PR can’t persuade them to go, there’s a pressure build result all the way along the line. I’m so time conscious that I have to be very selective otherwise the blog just couldn’t and wouldn’t happen, but it’s a massive indulgence on the part of brands to assume they can take a couple of hours (with a couple of hours travel time added) of my life to talk at me about how brilliant their brand is. I can work out for myself just how brilliant – or not – it is, at home. Imagine if I (or anyone else for that matter) called up the brand and asked to see them so I could talk about myself for an hour or two. Less pressure from brands to hold events for the opening of an envelope on the PRs would actually give them time to do some proper PR-ing.

So, really, sweaty-gate is just the one that got caught. But, hopefully now you can see that there’s a bigger picture behind your favourite beauty brands and how they’re presented to the people that present them to you.

Home › Article › Sweaty-Gate Is Not The Full Story