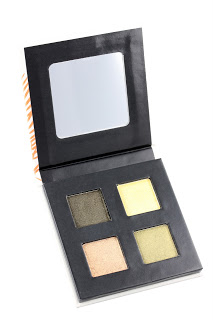 Today has been a really full-on day with four beauty launches. First up I went to a Superdrug launch at the Agua Spa at The Sanderson – in fact, now I think about it, I didn’t, I mistakenly went to the Pucci one in the same hotel so had to back out pronto and tell them I was coming back in half an hour! The Agua Spa is a strange place…filled with whispy white curtains and taking centre stage is a bubbling silver water cauldron. Superdrug are launching a sister product to their Optimum Apple Stem Cell serum – a Skin Renewal Day Cream. What they say is that it contains the same apple stem cell wonder ingredient that way more expensive brands use (along with friend-to-the-crumpled, hyaluronic acid), only Superdrug sell theirs for £9.99 (that’s an introductory price when it launches in March and will thereafter cost £12.99). I had a little test with some on my hand and it feels beautifully silky – really gorgeous – and if you’d told me it was a much more expensive cream I’d have easily believed it. Independent clinical trials suggest that after 4 weeks of use, you’ll see a significant decrease in wrinkles.

Then it was down to the ground floor of the Sanderson to see the new Pucci fragrance, Vivara Variazioni Verdi 072. Actually, it’s very pretty – notes of mint leaf (and a gorgeous, fresh pot of growing mint in the goodie bag was a lovely touch – can’t stop sniffing it!), bergamot, neroli, Turkish rose, cedar and Tonka bean absolute make it a gentle green – very wearable, but nothing to scare the horses. It’s perfect for people who are scared by challenging fragrances and just want to smell fresh and pretty. Mostly though, I love the bottle!

More fragrance at One Marylebone with a whole host of summer scents to sample. The venue looked sublime – trellises with roses and garden tables adorned with cakes and vases of flowers.

There, I smelled the delicious new Van Cleef & Arpels Un Air de First. I love First – my mum used to wear it as a ‘special occasion’ fragrance so I associate it with her looking all glam and ready to go out. This version is lighter with top notes of Galbanum essence, heart of Jasmine and Bulgarian rose essence with a base of Vetiver and Cosmone (no idea what that is, actually!). That launches in May, alongside Oscar de la Renta Esprit d’Oscar which I also loved, and A Scent By Issy Miyake summer version Neroli Sunshine, again a beautiful mix of Neroli and Tiare with notes of Jasmine and Hyacinth.

Lastly (although there were lots of other fragrances that I’ll cover at a later date), I can’t not mention the newest Serge Lutens Jeux de Peau. Serge never reveals the ingredients or notes, but this one smells like sweet bread – I have to admit, I actually recoiled when I sniffed it. Apparently, Serge finds the smell of bread embracing, which, I expect is maybe how a slice of ham might feel when it’s stuffed into a sesame roll and that’s no role model for a fragrance. It’s really no different to walking through the bread aisle at Sainsbury’s.

I’ll quickly whizz through the Boots launch before this turns into the longest post of all time. I saw lovely Lisa Eldridge and her gorgeous make up for summer – the quad looks rather different at the moment – when it launches in store there will be a palm tree embossing across the colours which will liven it up nicely, and I tried a nail varnish that I hated on sight, but loved on the nail! It’s called Golden Palms. There’s also a full on red gloss that’s caught my eye.

I also met with Boots Scientific Advisor Mike Bell (genuinely didn’t recognise him without his white coat!) who I met when I visited the Boots factory and it was lovely to see him again. I didn’t have nearly enough time with him to talk about beauty creams and ingredients, but his latest invention is a cream for women aged 60+ called Restore & Renew. 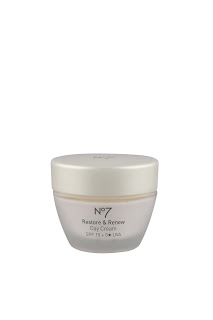 I feel really quite happy that at last somebody is making creams for very mature skin and not charging an arm and a leg for the ‘privilege’ of tackling the result of lack of oestrogen. When I asked what would happen if a woman whose skin wasn’t aged used the cream, he said, ‘They’d get spots’. LOVE that plain speaking that you so rarely find in the beauty industry.