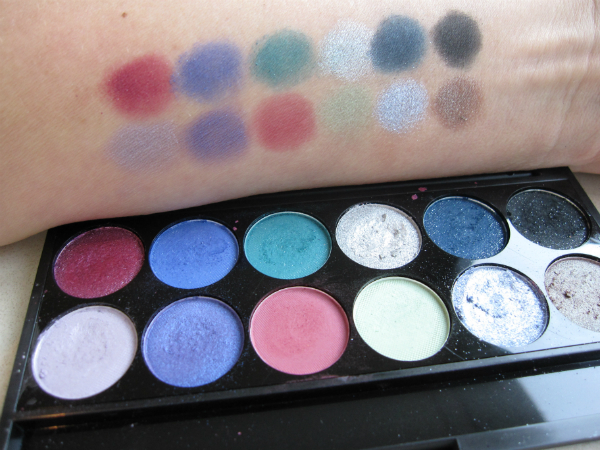 Got to confess this has been a bit of nightmare to swatch – the intensity of the colours in the Sleek MakeUP Celestial Palette varies so much from barely there (Terrestrial – the almond green) to full on with Earth Shine (shimmering navy). On the positive, this means there are so many variations to come out of this palette, but some shades need much more work than others.

The sparkle doesn’t translate to the skin quite as well as it looks from the pan which is a shame, but the shimmers are super-shimmery – as I say, a mixed bag in this palette. It’s a 6th November launch on the Sleek MakeUP site and costs £7.99.