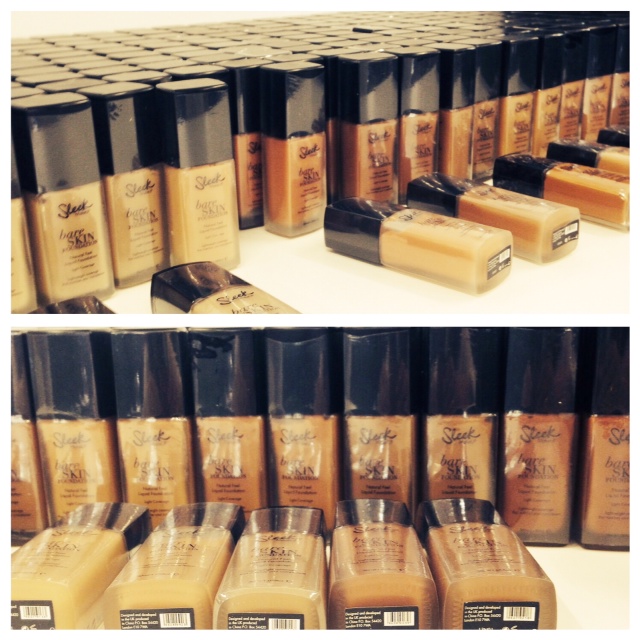 There are lots of new things coming from Sleek MakeUP, so I’ll just do a very quick round up and review some of the products more thoroughly later on. I’m happiest to see the new Sleek MakeUP Bare Skin Foundation in a super-light formula with a selection of 12 shades from very light to very dark, which are welcome in a space where there aren’t enough tones catered for. The key to Bare Skin Foundation is that it’s not heavy – like your own skin, but better. This has already launched at Superdrug for £8.99.

New shades of gloss, and…

London traffic was a total nightmare today – partly because of a giant plastic octopus being transported on a lorry and breaking down at Piccadilly Circus (I promise I’m not making that up) so I had hardly any time at the launch, so this initial post is top line information only. Arabian Nights launches in August, Gloss Me launches in July, Eye & Cheek Palettes launch in November and finally a gorgeous, shimmering Metallic Eye Palette for December. I’ll come back to all of these as time goes on, but in the meantime, I thought you’d like a sneaky peek :-).