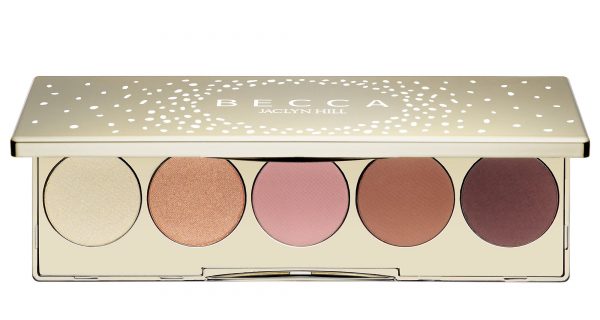 Okay, so this is a big muddle of a story, but it looks like the Becca Jaclyn Hill Eye Shadow Palette has been pulled because of ‘quality issues’. It’s currently no longer listed on the Sephora website.

On Saturday, I watched a YouTube video by Rita B (HERE), flagged by a BBB reader, who noticed that a couple of the colours weren’t up to the usual Becca standard. She did some ingredient investigating (quite a new thing that several of the US YouTubers and Bloggers are starting to do as standard on all products) and found ingredient matches to Catrice, a budget brand. The main issue seems to be with the second colour along, that swatches fine as a finger swatch but doesn’t translate to the eye using a shadow brush.

You have to be very, very up on formulas to notice this I think, but Rita is a huge Becca fan so knows the product textures like the back of her hand. I can’t, in all honesty, say I would have been able to pick up on this myself because while I know and like the Becca range, I’m not sure the formula-indexing in my brain knows the range well enough to ring an alarm. Which I guess is the same for many bloggers and vloggers who have reviewed the palette and claimed it fabulous although it does make you question how thorough the reviews have been.  Getting samples to swatch on this range to show you before you buy is like pulling teeth so in this instance, I’m glad!

Catrice isn’t a poor quality brand by any means, but it seems the issue is that if you’re paying Becca prices, you want Becca formulas, not something inferior. As far as I’m aware the Champagne Pop palette has the original Becca formulas. Without getting into the gossip surrounding this, because US forums have been very active overnight, there are conflicting stories about whether Jaclyn or Becca were aware of the discrepancy, but it seems via Jaclyn’s Snapchat that she has confirmed there are inconsistencies. According to her Snapchat, Sephora will issue refunds on returns which seems to be the right thing to do in a difficult situation.

Bloggers and Vloggers going the extra mile on investigating ingredients is becoming much more prominent in the US (I will just say that I’ve tried it myself and because Google restricts the number of search terms you can use in any one search and ingredient lists being super long in many cases, I haven’t brought up anything obvious, but it is something to be aware of and that it can be done) which is great news for consumers. It means that cases like the Becca Jaclyn Hill Eye Shadow Palette don’t go un-noticed and that beauty fans can make their choices accordingly. It doesn’t seem to be the case that there are different batches of palettes – it would be highly unusual for a brand to use different factories or different components for the same palette, but we may never get to the bottom of that one and if we do, I’ll drop it into this post.

For UK consumers, the only stockist for the Becca Jaclyn Hill Eye Shadow Palette is SpaceNK (the palette has been completely removed from the SpaceNK site) who is sending emails very soon to customers who have bought it on pre-order saying the palette has been withdrawn by the brand and of course, SpaceNK will issue refunds.