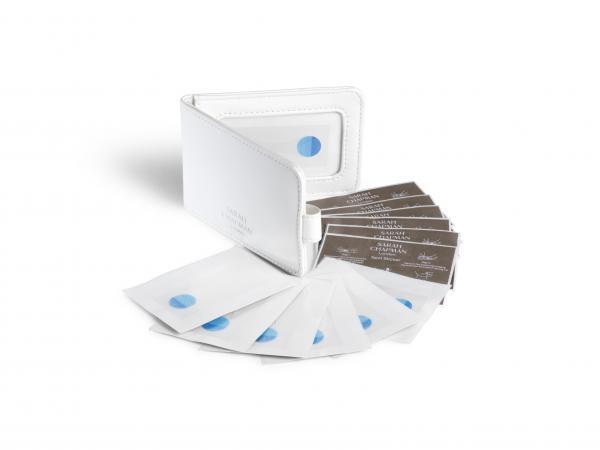 I’ve finally got around to doing a Sarah Chapman Skinesis Spot Stickers Review – I had to rely on my son to grow a juicy adolescent zit before I could see if it really worked. I know, it’s not glamorous, but I’ll spare the most gruesome details.

The bottom line of the spot stickers is that they certainly do work. They were tested on a spot that was under the skin (with a very red mark) and the sticker was put on in the early evening. By morning, the spot had come to the surface, popped and was no longer raised at all. However, it was still red, but nothing a bit of concealer doesn’t cover. You’re supposed to replace the sticker every four hours which obviously isn’t possible if you are asleep, but it just wasn’t necessary in this instance anyway.

They’re described on Sarah’s site as blemish rapid response, and it’s absolutely true. The stickers have a blue back, which you stick on the face and then remove to leave a film underneath. The film contains salicylic acid, P-Refinyl (to tighten up the pore and reduce sebum) and Vitamin C to fight free radicals. At £19 for a pack of 16, they’re definitely one for the emergency beauty cupboard, although I think best for those who have occasional and single blemish outbreaks every now and again. They’re HERE.