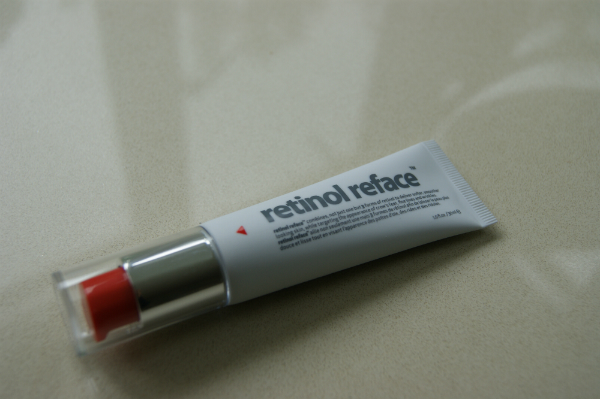 There is such a surge in Retinol based products – it’s not a new ingredient but this time around it is more refined (it’s a derivative of Vitamin A). I seem to remember that when Retinol first surfaced as an anti-ageing ingredient you could only get it on prescription or from a derm. The major issue with Retinol as it was, was that it caused redness and sensitivity – this has pretty much been dealt with in new formulas that use counterbalancing ingredients to prevent both.

The newest Retinol kid on the block is Retinol Reface from the same people that brought us Hydraluron (which I LOVE) and Nanoblur (not so much). Retinol Reface offers Retinol at two levels – short term and long term release in three different forms. I haven’t had a chance to trial it yet because it is so new but it’s looking promising at the price – £19.99. Find it HERE.