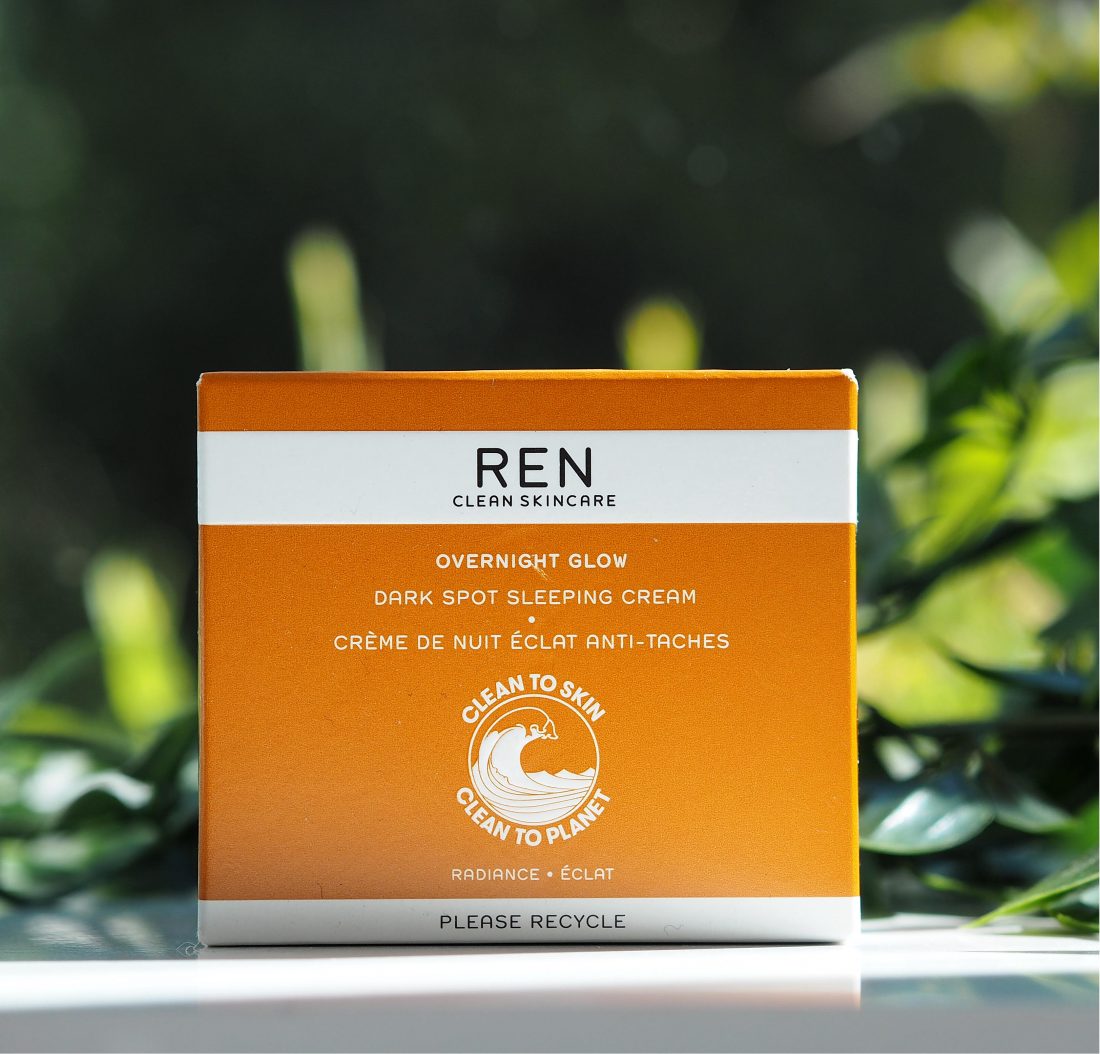 [sample/ad/affiliate] You know what’s doing really well, sales wise, at the moment? Skin care. Being at home, being under stress, changing diets, maybe a glass or two more of wine than usual is taking its toll, apparently. Moisturisers are doing a roaring trade – it seems to be what our skin is craving more than anything. Anything other than skin and hair is struggling although a discussion with a friend yesterday brought the thought that mascara and liner sales might be about to go through the roof if we are to wear masks.

REN’s newest product is a stellar moisturiser as well as having the added benefit of evening out and brightening skin tone if that’s something you’re keen to do. I’m using a brightening treatment for sponsored content at the moment so other than an overnight test on this, I haven’t really put it through its paces properly but as you know, I’m a fan of REN so I’ve no reason to doubt the credentials.

It’s sufficiently unctuous to give thirsty skin immediate relief but has an gel-like element so that it’s not weighty. The deal-breaker with this (because it’s expensive at £49 so it should be going over and above) is that it will only target darker patches (sun damage usually) on the skin and won’t lighten your tone overall – which is important if you have deeper tones. The brand is claiming visible brightening within seven days. It’s not, as you might imagine, an acid based cream – it uses encapsulated algae for the targeted patches and phytoglycens (polysaccharides) that give a fairly instant smoothing effect. It might be nice for necks as well, just looking at the ingredient list. It’s HERE, non affiliate HERE.

The thing I have been using regularly during time at home (because it’s forced the issue of my lack of staying power when it comes to a body routine – I suddenly feel I have time!) is the AHA Smart Renewal Body Serum. I started off with CeraVe SA Smoothing Cream which was good, but a bit heavy, then moved on to Ameliorate Transforming Body Lotion and finally switched over to Smart Renewal over the course of a month (SM for about 2 weeks). I’ve got a bit of KP on the tops of my legs that comes and goes, influenced greatly by whether I’m moisturising or not. Smart Renewal is easily the best (much as I love Ameliorate) and the quickest – and the bumpiness is hugely reduced. The best thing is about this serum is that it leaves your skin feeling literally so, so silky – I swear it will out-silk anything else – that its an absolute delight. You’re not wondering if it’s working – you can feel that it does! The worst thing about this cream is that it’s £35. However, I reckon that if you use it on target areas – tops of arms and legs – the tube will easily last a couple of months because you don’t need a lot. I’d say a month if you’re using it all over because you actually don’t need a lot. I’ve just checked the REN site (incidentally, they’re being marvellous at sending out free products to hospitals and key workers) for offers or deals – it’s free postage and free samples at the moment for £30 spend and over and a free full size EverCalm with £75+ spend. Smart Renewal is HERE, non-affiliate HERE.