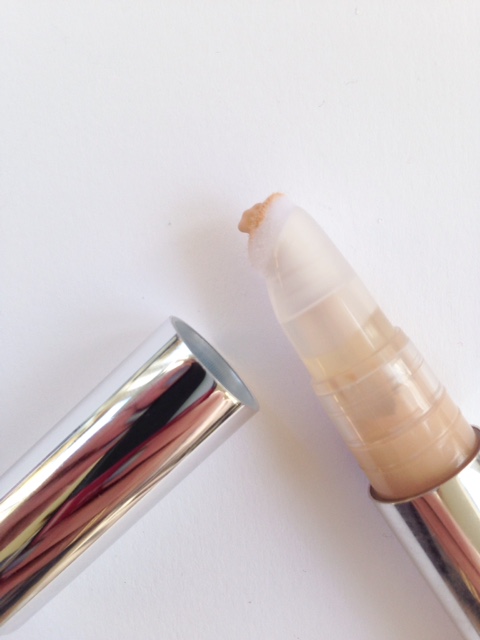 Once you start to get fine lines and creases under your eyes, many concealers make the situation a whole lot worse, not better. You can end up trading shadow eliminating for more obvious and exacerbated creases, which given today’s beauty formulas, is not acceptable. This is usually because concealers contain powder which as we know, sucks the life out of your skin if you’re over a certain age.

So, while Pur Minerals Disappearing Ink has some hopeful claims, such as soft focussing dark circles, it’s actually a very good concealer that doesn’t cause more harm, looks wise, than good. It’s got jojoba and shea so it actually feels a bit hydrating and enough pigment that it can reduce darkness under the eyes but still leave them looking smooth. It’s good, actually on any area, such as red skin discolouration round the nose or any darker marks. I was impressed with this one as a multi-functional staple to keep at hand. It’s in my ‘keep’ drawer from today. Pur Minerals Disappearing Ink is £19.50 HERE.

I’ve also discovered this little gem, the Wake Up Brow Pencil. There’s a bit of a packaging fail on this because it doesn’t actually say exactly what the product does. It’s dual ended, with a brow pencil at one end, and at the other an eye brightener to use on the water line. I thought the paler end was to highlight under the brow or something and it wasn’t until I realised it just looked rather weird that I thought to look up exactly what it’s supposed to do. You can, in fact, use it for highlighting if you want but it’s totally the wrong colour for me and as I say.. looked a bit odd.

The brow end is nice and sharp so if you like to infill with feathery strokes, it’s perfect for that. I just do a bit of a clumsy line to be honest, and hope that the brush on the lid will blur it all together into something acceptable. It does. I’m never completely sure about eye brighteners – this certainly eliminates redness on the waterline, but the pay back is that your eyes look a bit stark and starey. It’s not a perfect product, but again, very useful to have at hand. It’s £14.50 HERE.