Positive Ageing Is Closer Than Ever 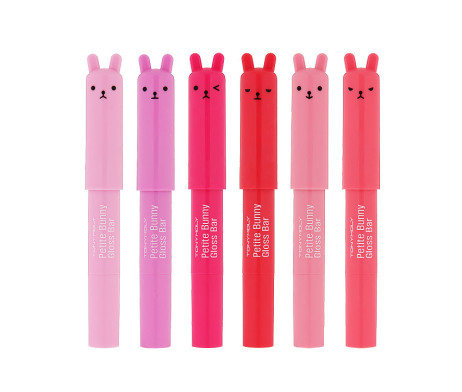 L’Oreal’s hiring of older models, Andi MacDowell, Karen Alexander, Amber Valetta, Tatjana Patitz and Helena Christiansen, alongside Helen Mirren, proves that beauty brands are on the fast-track to realising that the constant push at older women to look younger than they really are is over. Where the big guns lead, others will follow, so it’s safe to say that those older models and celebrities who were previously considered a bit long in the tooth for beauty promotions will suddenly find their careers revived. There are just too many women now who don’t like or relate to the continual messaging of youth being key to everything and are questioning exactly why their lives should be spent in pursuit of it when there are better things to do with their time. Confidence in yourself cannot come from a jar although there is no denying that there are some brilliant product that let your skin function at its very best. The more that brands switch up the messaging and keep on showing us positive images of older women, the easier it’s going to be to feel that ridding ourselves of a wrinkle or two is less important than feeling good. This is the beginning of an attitude filter – the stronger the attitude the faster it will filter to the mainstream (that’s you and me!).

We have big brands who are re-thinking their approach and who’ve understood that we’ve had enough! It’s a mind-shift to view beauty products as a pleasure rather than a necessary chore in the quest against nature. Every woman’s ageing journey is different and that can depend upon many things, but accepting that lines will come is a release. I think older women today do look better than their mothers or grandmothers did – technology has come a long way – but something else has changed, and that’s our attitude toward being told by the media that it’s virtually compulsory to be ‘good for your age’.

Aside from skincare, a lot of make up is pretty much age-neutral, but because of the imagery around promotion, we just assume it’s for women younger than us. If you have a makeup product that isn’t positioned at any particular age group, then it doesn’t come with any assumptions around who it’s for. MAC make-up for example, has a much older demographic than you’d expect (35+) and although the majority of their imagery is younger women and men, they tend to show makeup at extremes – highly stylised images that are so visually rich that age isn’t really the main factor. And you have to send a round of applause for their limited edition collections from icons such as Iris Apfel in 2011. But, let’s be honest – all brands want to trigger something in us that makes us want to buy their products: they haven’t suddenly gone all fuzzy and soft-hearted – they’ve seen their future consumer and she looks like us. So, they have to find a way to talk to us in language we want to hear. Saggy jowls? Deep lines? Crow’s Feet? We’ve stopped listening. Glowing, dewy, soft, comfortable, smooth – yes, we can hear all of those!

#AD Making Positive Time For Yourself with Very

I’d like to see less visual pointers from brands about who their products are actually for – excluding an older demographic makes absolutely no sense whatsoever.  My sense is that older women are being told that they don’t get to have the fun stuff, like the strawberry bubble bath or the lipgloss with rabbit ears, but that they need to focus on the more serious things – because obviously, if you’re older, it IS very serious (not).

If we take away the goal of wiping away the years (and let’s face it, we are rather short of products than can knock off several decades because – nature!) and focus on enjoying products with scents and textures that please us it’s a pleasure every time rather than a continuing disappointment. There are beauty products for every single age category that will help to keep skin looking glowy (exfoliators) and dewy (hydrators) – those are achievable skin goals, as is having a routine that suits your available time and budget. And the softer and clearer your skin looks, the more radiance is the thing that you enjoy about your skin; not the fact that a wrinkle, somewhere, might have reduced by a fraction.

We’ve forgotten how to enjoy our faces and our products and have been too easily swayed into goals that aren’t realistic no matter how much money we throw at them. We have enough technology, such as fillers and muscle freezers, that budget allowing, you can take ageing at its own pace – the point is that we need to make the choices that are right for us. But, looking more and more at the possibility of a beauty world where older women are shown positively for who they are now (take a look at the current SpaceNK campaign), and not who they were or who they ‘should’ be, is exciting. It’s going to take a while for all those pots of ‘anti-ageing’ to be relabelled to a ‘pro’ stance, not least because we still search products out by that ‘anti’ label. The advertising and messaging has to come first, before the pots can follow on. But still…. When skin and make up goals for older women are all about pleasure, confidence, doing-as-you-please – that’s really something. At some point in the future, we’ll wonder why we were such slaves to an ideal that was so impossibly demanding. There isn’t anything wrong with being in charge of your own skin – in fact, it’s quite empowering to experiment with different anti-ageing techniques (it’s no secret I’ve had Botox and fillers in the past) but there’s a big difference between feeling the freedom to do as you please with your face and feeling under extreme pressure to not be yourself or that there’s something wrong with being your age.

Home › Article › Positive Ageing Is Closer Than Ever