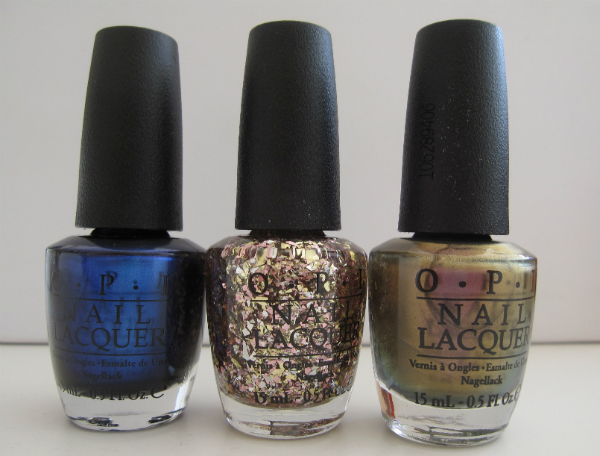 If we take the Muppets out of the equation, I’m STILL not getting it particularly. Don’t get me wrong – an OPI polish is a thing of loveliness and I love the peachy shade (Chillin Like A Villain) but I don’t think we’re seeing anything very exciting, which is a big, big shame. I’ve tried Muppets World Tour, I Love Applause and Gaining Mole-Mentum. The two glitters, I used to test out OPI Glitter Off.

As far as I can tell, its PVA based – more sophisticated and user-friendly than just using PVA – and you peel off your glitter. It worked for me quite well, but over at The Polishaholic HERE once dried rock hard, she woke up having lost an entire cover of polish on one nail and later, another coat pinged off in front of her very eyes which suggests to me that there is an issue with the formula drying far too hard and not being able to stay adhered to the nail. And believe me, The Polishaholic is one of the most experienced nail bloggers out there.

So, it’s a bit of a sorry round up all in all.. I am sure there is bigger and better to come! Full swatches are HERE at NailThatAccent.com where they do look rather pretty – but still nothing to do with Muppets! I don’t have a launch date for the UK but I’m guessing it’s end of March.