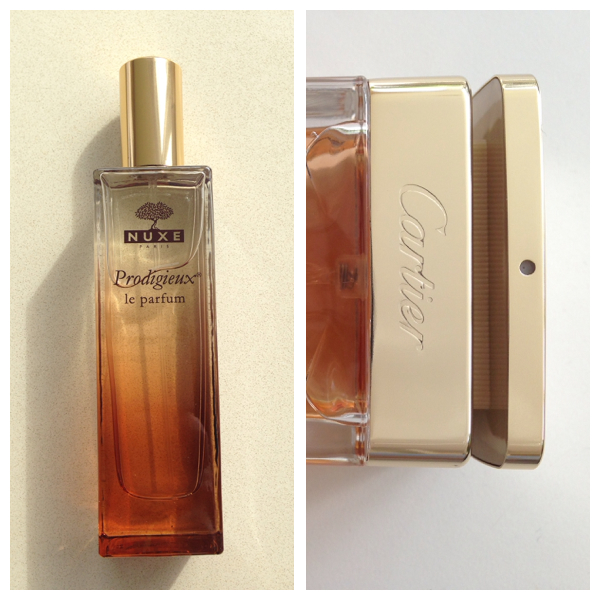 I’ve had two fragrances through today – one, Nuxe Prodigieux Le Parfum and the other Cartier Panthere. Starting with Nuxe Prodigieux Le Parfum – it’s like lying on a warm beach; there are all kinds of notes in it from bergamot and mandarin to roses and magnolias, finishing on vanilla and coconut milk. But if you put all the ingredients in a line like that, it makes it sound like a big fragrance when in fact, it’s a very delicate one. Nuxe Prodigieux Le Parfum was almost inevitable – fans of the famous Nuxe Prodigieux oil have long raved about the scent, but I think the actual perfume smells much better than the oil. It’s a pleasure-comfort scent – it reminds me of all the things I’d like to be doing (but am not!) and it’s a little bit dreamy – I can imagine sleeping on a beach and waking up to this scent – like it smells of somewhere I’d like to be. It’s £43 launching on 31st March.

The other one. Cartier La Panthere. When I first smelled it my immediate reaction was to email the PR and say I can’t feature this. Why? Because it is off-the-scale sexual. I can’t even begin to describe it without completely over-sharing but it certainly brings plenty of things to mind. I honestly don’t know what else to say about it that’s actually printable. It’s described as a ‘floral yet feral’ and a ‘sensual floral’ – let’s just say it’s not the flowers I’m smelling. In fact, it is so distracting I’m going to have to go and wash it off. It launches into Harrods on 9th March and then nationwide from 7th April – prices start at £49.