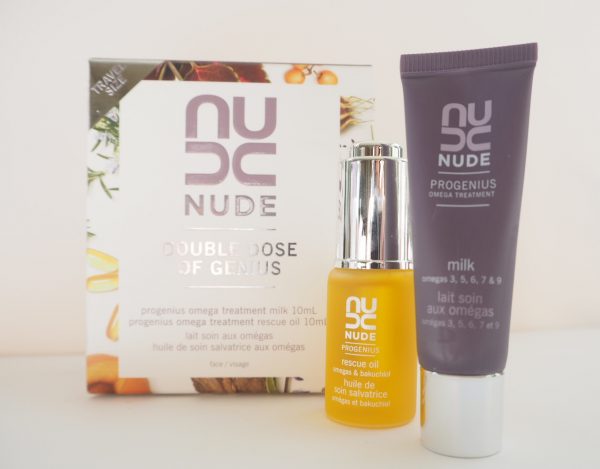 So, the news is slowly filtering out that Nude Skincare has been bought by US company, Beautycounter. While you never do know the true ins and outs of things behind the scenes, the writing was on the wall when Sephora (part of LVMH) de-listed Nude (also part of LVMH) and currently only have it on line. News first appeared in the Daily Telegraph on Friday but I think everyone missed it what with other things going on!

For some reason, Nude has never sat well in the LVMH portfolio – it’s a very independent thinking brand for natural skin care and never did quite settle in properly. Beautycounter is a direct selling company in the US (don’t scream with horror – as far as I can tell, Nude won’t be any part of direct selling) with an interest in safe and natural based products that has done phenomenally well. It’s 3 years old and already worth 100M USD. So, direct selling (think home consultants and social networking) is working well for them – in general, direct selling does better in the US than the UK and we’re not even nearly over being spammed by hundreds of Younique ‘presenters’. BeautyCounter is known for its Never List of more than 1500 ingredients that will never appear in their products…Nude is known for its Beautiful Without formulas, so you can see why this pairing suddenly seems to fit.

From what I can tell, Bono and Ali Hewson are back in the frame with financial investment and that’s the very best thing that could possibly happen for Nude. Bryan Meehan, an original investor with Ali, also pops up with a financial interst.

So, what this appears to mean for Nude fans is … no change! It will still be sold in SpaceNK and all usual retailers, it’s not going to suddenly appear as a direct selling pitch anywhere and it looks like there is still plenty of new product development going on – always a healthy sign. There won’t be any formula changes or pricing differences at least in the short term, I shouldn’t imagine.

I feel a bit for Nude – it’s a lovely brand with an equally lovely team behind it that’s been messed about by corporates and not given adequate investment in the first place. To my mind, it wasn’t ready for sale when it was sold – it wasn’t fully formed enough at that point and was shabbily treated from then on.

Ali Hewson is absolutely known for her integrity in fashion (she owns the ethical fashion brand Edun – which is Nude backwards!) and beauty – I hope she has as much input as possible with Nude going forward and I’m excited for the Nude brand back in safe hands for now.