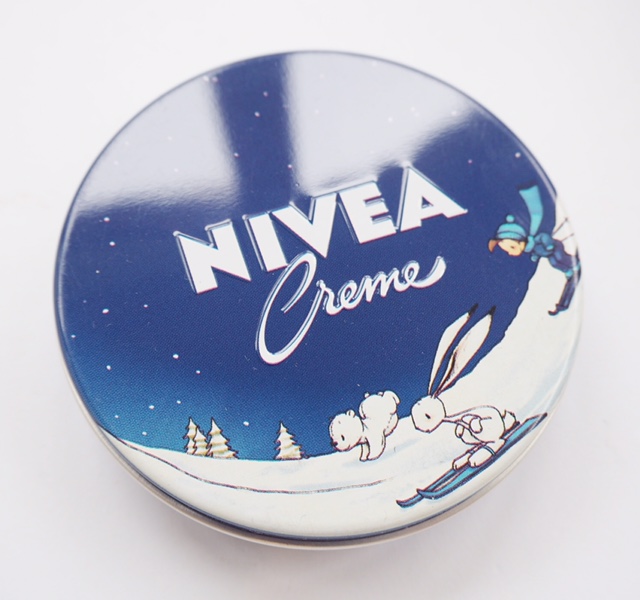 If your beauty heart isn’t melting a little at these gorgeously illustrated tins from Nivea then  you’re a tougher person than me! The designs, by illustrator Joelle Tourianias, remind me so much of a book that belonged to my mum when she was a child, called Pookie by Ivy Wallace.

Pookie is a little rabbit with wings – they’re quite honestly the most charming books from an era when imagination wasn’t dependent on computers or even TV.

This probably explains why I am so weak for rabbits in general! The Nivea Winter Limited Edition Tins aren’t actually available in the UK til January which seems crazy because this is a stocking filler just waiting to jump right in, but if I spot them beforehand I will flag them up. There are four different designs. NB: It’s the larger versions that launch in January, I’ve just discovered. The small tins, shown, are November/December launch.