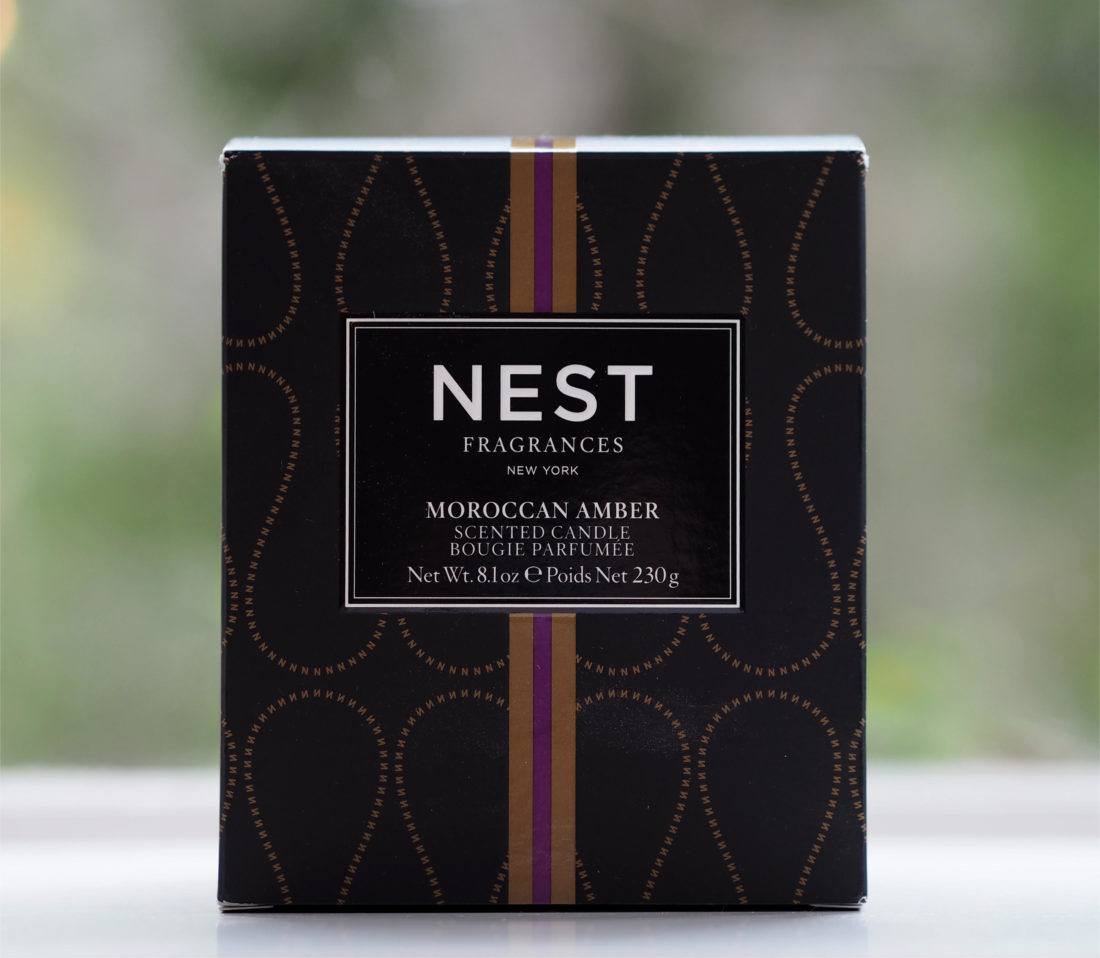 [unpaid/sample/affiliate/ad] I am so pleased to see NEST more readily available in the UK. This is another brand I first came across in New York and have been waiting ever since for it to here. Quite an interesting back story to this – Laura Slatkin co-founded Slatkin & Co with her husband Harry (and his brother Howard), divested it in 2005 with Laura founding NEST and Harry founding HomeWorx, which is sold on QVC. Prior to a career in candles, Harry owned fashion brand Belstaff which was sold in 2017. Both Laura and Harry founded the New York Centre for Autism and Laura served on the now-viewed-as-problematic board of Autism Speaks. Whew – busy couple.

The fact that NEST is from the US is relevant in that it has a very distinctively American scent palette. It’s all the interior stores I’ve ever visited stateside – remember I said I recalled the smell of Anthropologie? It’s really just like that. This is Moroccan Amber and to my nose it’s quite sweet. It’s described as sweet patchouli, bergamot and amber but there’s a lot more going on than that. Moroccan Amber is a bit cinnamon spicy, a bit warm, a bit vanilla-ish, quite strong and leaning to gourmand.

There’s also a touch of eucalyptus to it. Given the level of throw is so impressive, even though this particular candle isn’t to my taste (and is sold out – I found a tiny version HERE but don’t know the site) there are variants that I’d really like to try such as Sicilian Lemon & Mint and Peach Tea (both £40 HERE). They sound delicious! If you like Yankee Candles, I think these could be described as a more sophisticated version of those and none the worse for that.