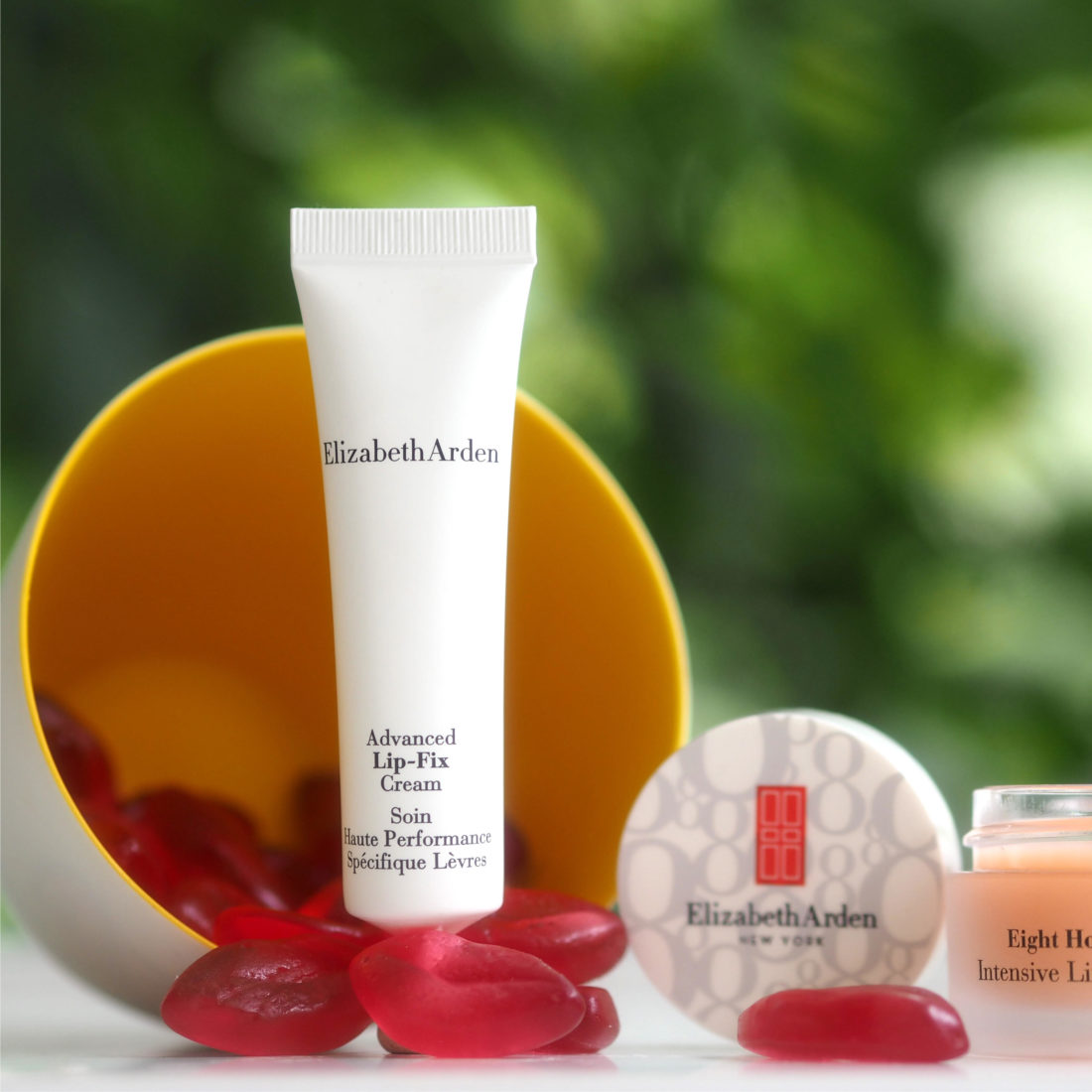 [unpaid/sample/prioradrelationship] Normally, I really don’t have anything much to do with ‘national’ days (marketing events!) but in beauty world terms, it’s a something of a marker in time and significant change. I mean, I don’t remember even if it was a thing last summer so there is something in me that’s pleased to see it so prominent this year – a bit of a return to schedule, if you like. So, it’s a good time to flag up a bit of a discount at Debenhams on lip favourites Elizabeth Arden 8 Hour Cream for Lips (remember how this was the absolute must-have for long haul flights …. which look to be at least on the horizon again) and Elizabeth Arden Lip-Fix Cream to hold your favourite shade in place and stop it feathering out.

The 8 Hour Cream (now £17 instead of £20 and there is a £1 delivery arrangement if you order between 9 and 12pm HERE) can also be used on cuticles or any dry patches really as well as being a handy brow smoother. In my book, the best way to use it is as an overnight mask – especially if you prefer a matte lip and need ultimate smoothness – which is transformational for lips in terms of drenching with moisture and smoothing them out.

I have to admit that I haven’t had as much experience with Lip Fix – lipstick feathering used to be a big beauty issue but perhaps formulas have got better because I don’t hear about it nearly so often. It’s not something I really get and I do have some fine lines round my mouth but I usually favour balm formulas or glosses over satins or mattes so the problem rarely crops up. So, for my use, it’s as a holder-onner that makes the difference between a longer stay or frequent reapplication. I had dinner with a friend last week whose bright pink lipstick was as pristine by the end of the meal as it had been at the beginning – so much so that I remarked on it as miraculous and Lip Fix turned out to be the secret. Lip Fix is also £17 instead of £20 HERE. So, while National Lipstick Day might be a handy way for brands to boost their business, there are some useful offers and I’m grateful that this time around it’s a marker of something more.